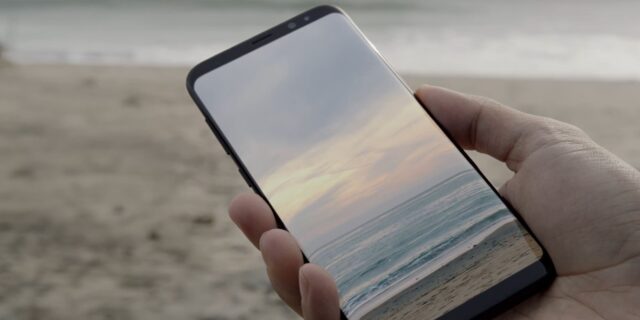 Since Xiaomi Mi MIX, LG G6 is the first smartphone to try an almost bezel-less display with its Full Vision technology after that Samsung’s Infinity Display came in the limelight with the Galaxy S8 duo. All these smartphones look amazingly cool because of the minimal bezel design.

Apple recently came to the bezel-less smartphone club with iPhone X which features minimal bezel and a small lip on the top. The iPhone X doesn’t come with the home button this time, the power key will now trigger the Siri in iPhone X. The display technology has been also updated, it comes with 5.8 inches OLED display. 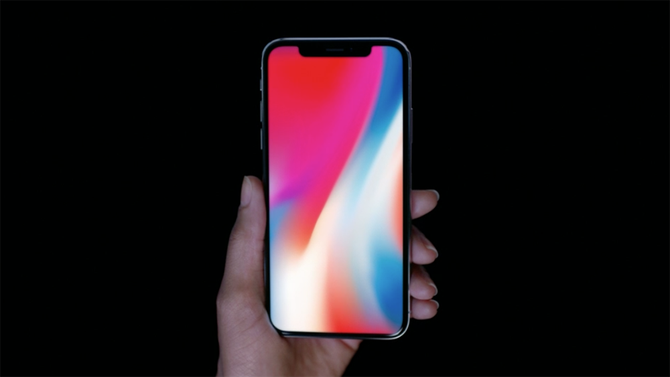 The iPhone X sports the latest Apple A11 Bionic SoC with six cores and better graphics processor this time. The whole user interface is new, based on iOS 11 and tweaked to perform better with this hardware. It comes with various new features like FaceID, Animojis and Augmented Reality.

The latest and the greatest flagship that Samsung has launched recently – Samsung Galaxy Note 8 comes with a stunning infinity display. It comes with the same design language of the Galaxy S8, but with conventional Note design elements. It sports a large 6.3-inches Quad HD+ display, yet it doesn’t really feel that massive thanks to the 18:9 aspect ratio that makes it comfortable while holding in hands. 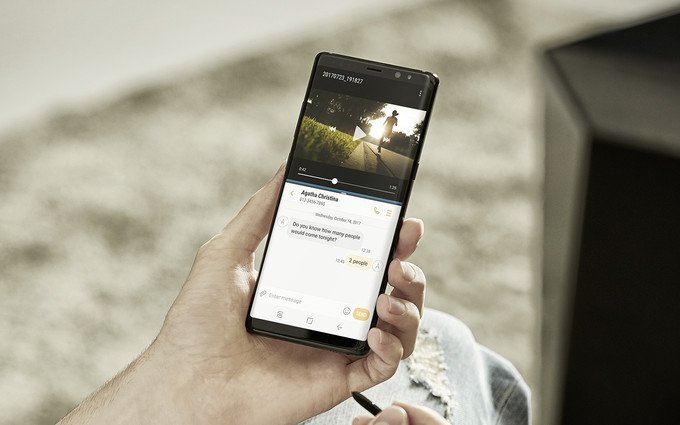 It is powered by the Qualcomm Snapdragon 835 SoC coupled with 6GB RAM and it is also the first Samsung phone ever to pack dual rear cameras and it also the first one to pack OIS on both the sensors. It runs on the Android 7.1.1 Nougat and will definitely get the Android 8.0 Oreo update in near future. There is a 3300mAh battery on board.

Samsung tried a unique idea of minimizing the bezel in a smartphone which resulted in the Samsung Galaxy S8 that comes with minimal bezels on the top and the bottom end, called as the Infinity Display. The display is further curved on the edges which give an illusion of almost no bezels on this smartphone. It sports 5.8 inches and 6.2 inches with Quad HD+ resolution and Corning Gorilla Glass 5 protection. 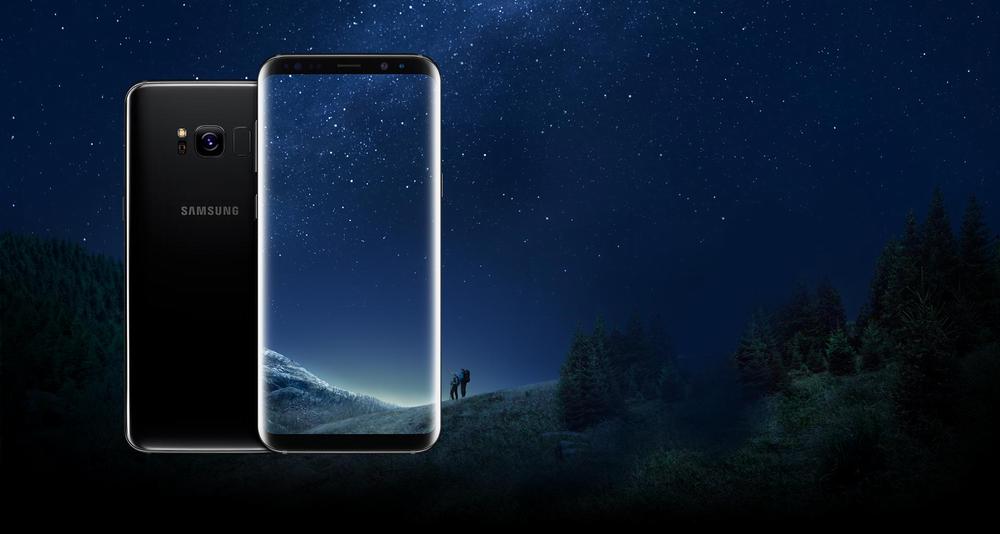 The phone comes with Exynos 8 series processor with 4GB RAM and expandable storage via microSD card. The camera is a 12MP shooter for the back which has the fingerprint sensor beside the module. The battery is 3000 mAh, and the phone is available in two variant S8 and S8+ according to screen size.

The Xiaomi’s Mi MIX is the first smartphone that started the sensational bezel-less design on a smartphone last year and since companies have followed similar suit. Now, Xiaomi is all set to launch the Mi MIX 2 in the coming months and there have been quite a number of rumors and reports regarding the upcoming flagship.

The device sports the 5.5-inches bezel-less design and is powered by the Qualcomm Snapdragon 835 SoC coupled with 6GB RAM or 8GB. It will run on Android 7.1 Nougat with MIUI 9 on top. A 3400 mAh battery and a 19MP rear camera are expected. Though nothing much is known about the device, so we expect more rumors to come in as we move forward. 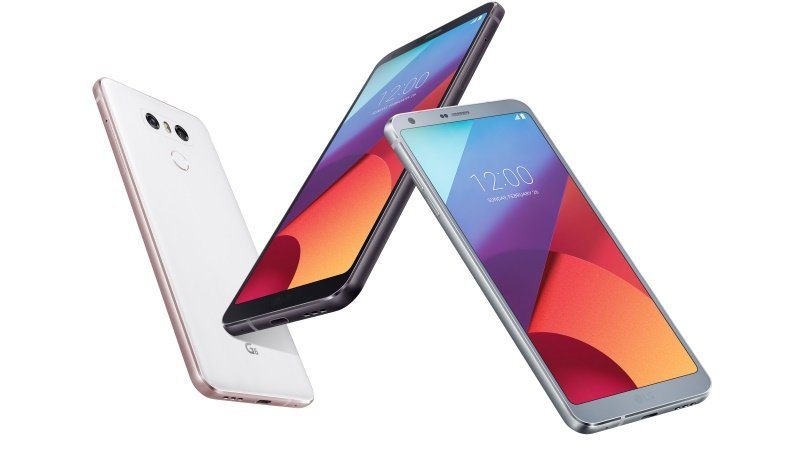 The LG G6 is powered by the Qualcomm Snapdragon 821 processor with 4GB RAM and up to the 128GB internal memory. It features a dual camera which is a 13MP + 13MP lens setup with dual LED flash. The selfie camera is a 5MP shooter with f/2.2 aperture and capable of 1080p video recording. The battery in LG G6 is 3300 mAh which is not removable and supports wireless charging.

Vivo released V7+ recently with a minimal bezel design which looks less a bit better than the LG Q6. It comes with the 5.99 inches display with 720 X 1440p resolution and 269 PPi pixel density. The display is protected by the Corning Gorilla Glass protection and it runs on Android 7.1 Nougat out of the box.

The Minimal bezel display is not the only best part of this smartphone, it comes with the best 24MP selfie camera and a 16MP primary camera. It powers by the Qualcomm Snapdragon 450 processor and 4GB RAM. The smartphone features 3225 mAh battery for longer talk and standby time.

Micromax has launched the Canvas Infinity smartphone which comes with Infinity display that looks more like the Full Vision display from LG G6. It is a budget smartphone and is the first time Micromax has tried something different. 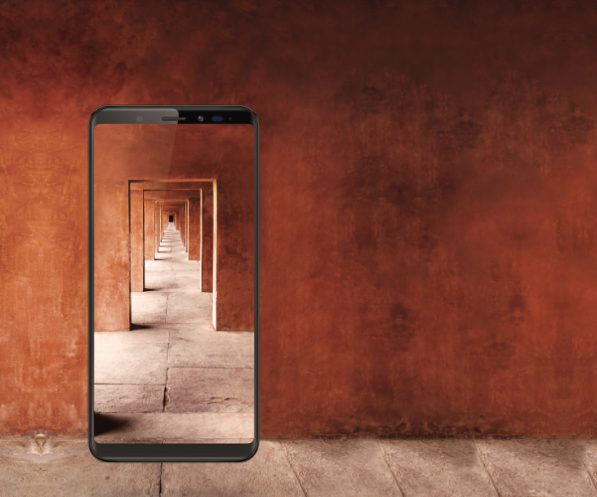 The Micromax Canvas Infinity comes with a 5.7 inches display with 18.5:9 ratio. It runs on the Qualcomm Snapdragon 425 processor paired with 3GB RAM and 32GB internal memory. The phone is 4G VoLTE supported, and the battery is 2900 mAh running Android 7.1 Nougat out of the box.

Leagoo KIICAA is a Chinese smartphone manufacturer released its first bezel less smartphone which comes with 90 percent screen-to-body ratio. It has a 5.5 inches SHARP display with 1080p Full HD resolution and very slim bezels on three sides of it. The display is protected by the Corning Gorilla Glass 4. The smartphone comes with a 1.5GHz octa core processor, 3GB RAM, and 32GB internal memory. 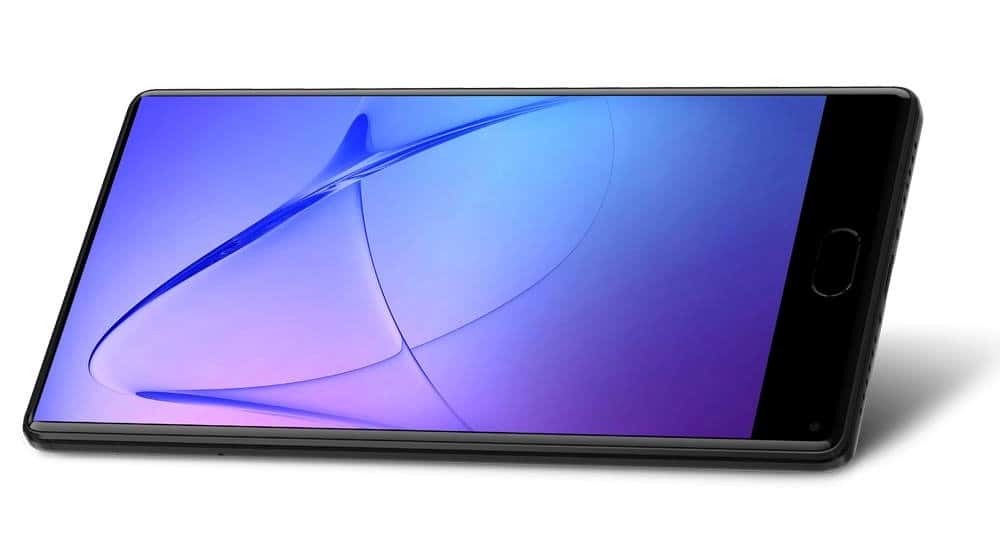 Leagoo KIICAA Mix comes with a dual lens camera setup at the back which includes a 13MP sensor and 2MP sensor. The phone doesn’t have a 3.5 mm audio jack; it has the Type-C port with lossless digital audio support. The phone further has a 3000 mAh battery with quick charge support.

Doogee Mix is by far the cheapest smartphone that comes with bezel less design. It has the similar design as Leagoo KIICAA Mix, and it comes with a 5.5 inches display with the SuperAMOLED panel with Full HD resolution. 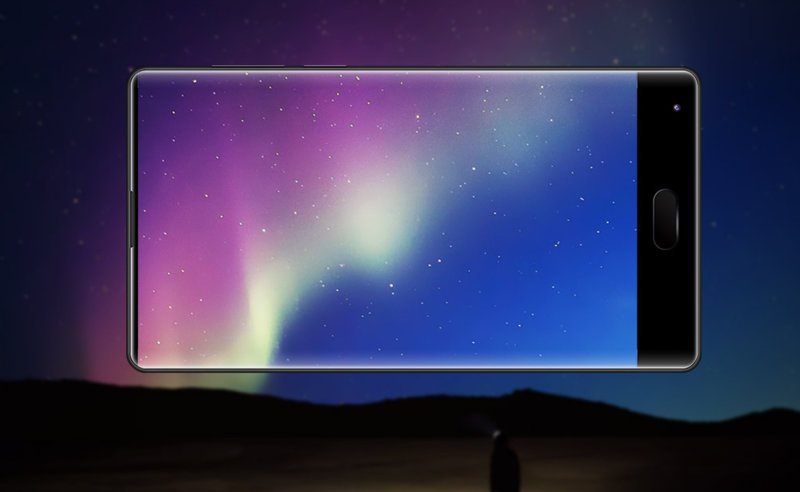 The phone runs on the Helio P25 processor with 4GB/6GB RAM; it has 64GB/128GB internal storage. It comes pre installed with Android 7.0 Nougat and powered by 3380 mAh battery. DooGEE Mix has a dual camera setup at the back which includes 16MP + 8MP sensor.

The Elephone S8 is yet another innovation from the Chinese which packs almost similar design of the Mi MIX. The device sports a 6-inches Quad HD (2560 x 1440 pixels) display with Corning Gorilla glass protection and is powered by the MediaTek Helio X25 SoC coupled with 4GB RAM with 64GB. It runs on Android 7.1.1 right out of the box. 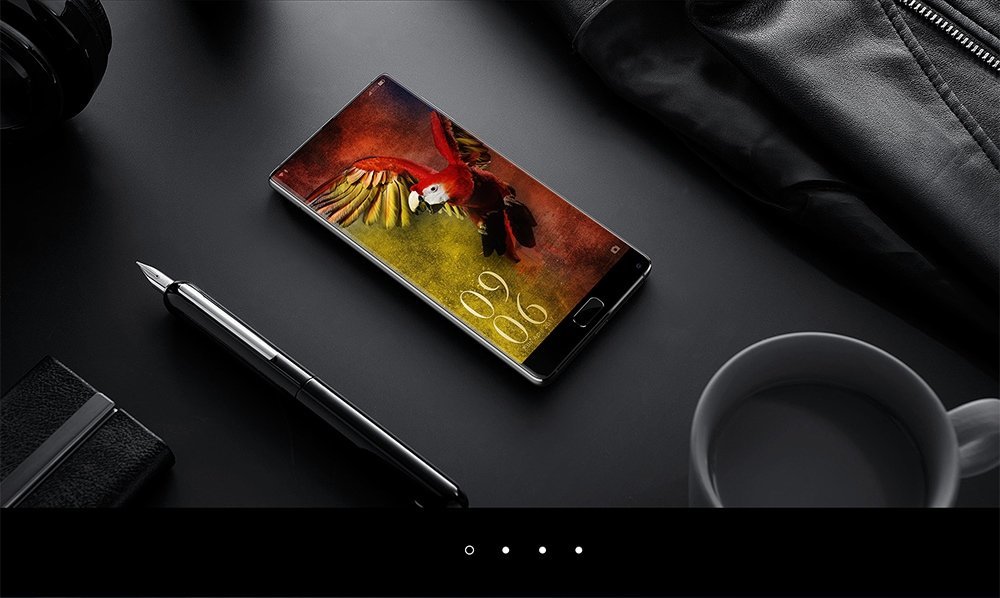 There is a Fingerprint sensor too embedded in the home button. Moving to the camera, there is a 21-megapixel rear camera and an 8-megapixel front camera for selfies and video calls. There is a 4000mAh battery. Being a Chinese brand, the software updates might be a mystery.

LG Q6 is a budget smartphone from LG which inherits some design concepts from the LG’s flagship, the G6. It comes with Full Vision display and sports a 5.5 inches display with 1080 X 2160 resolution and 442 PPI pixel density. The display is further protected with the Corning Gorilla Glass 3. 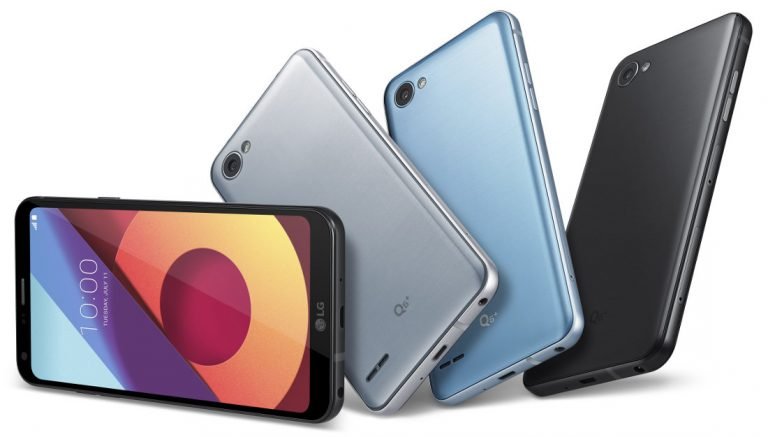 LG Q6 runs on Android 7.1.1 Nougat layered with the LG UI 5.0 and will get the next Android 8.0 Oreo update with LG U.X 6.0. The device is powered by the Qualcomm Snapdragon 435 and Adreno 505 which is paired with 3GB RAM and 32GB storage. The camera is 13MP single shooter with the 5MP shooter for selfies. The battery is 3000mAh, and it’s not removable.

Essential PH-1 is a new smartphone from Essential which sports 5.7 inches display with three sides bezel less design. It comes with Android 7.1 Nougat with stock Android experience. It is powered by the Qualcomm Snapdragon 835 processor with Adreno 540 and 4GB RAM.

The camera at the back is a dual 13MP lens setup with f/1.9 aperture and LED flash, front camera is an 8MP single shooter. The phone has the ability for snap-on accessories; a 360-degree camera is available to purchase separately. The battery is a 3040mAh with fast charging enabled.

Xiaomi Mi Mix is the first attempt from Xiaomi for making a bezel-less smartphone. The Mi Mix comes with 6.4 inches display with 1080 X 2040 pixels with 362 PPI pixel density. It runs on the Android 6.0 Marshmallow which is upgradable to Android 7.0 Nougat.

The device is powered by the Qualcomm Snapdragon 821 processor paired with Adreno 530 and 6GB/6GB RAM. It comes with a 16MP rear camera and f/2.0 aperture size; it also has a 5MP front-facing camera. The battery is a is 4400 mAh battery and Quick Charge 3.0.

Sharp Aquos S2 is a smartphone released recently with pretty much similar design as the Essential PH-1. It comes with a 5.5 inches FHD+ display and 420 mAh PPI pixel density. This smartphone runs on Qualcomm Snapdragon 630 processor paired with Adreno 508 GPU and 5GB RAM. 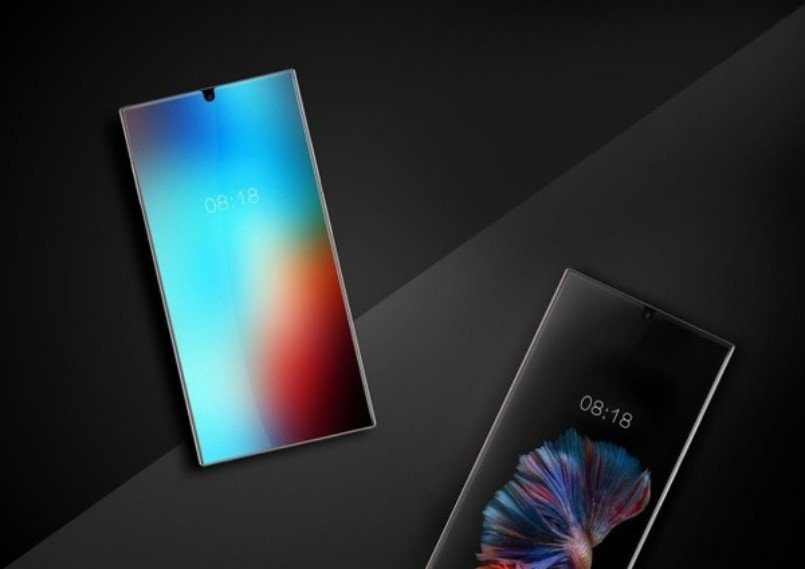 Aquos S2 comes with a dual camera setup; 12MP + 8MP camera setup with 8MP front facing camera. It runs on Android 7.1.1 Nougat with the vanilla Android experience. The battery in this one is a 3020 mAh, and it supports Quick Charge 3.0.

These were the smartphone which comes with the latest and trending almost bezel-less display designs that are slowly becoming a thing now. While some of them are flagships, we made sure that we include budget and mid-range smartphones as well so that it gives you a choice to pick one from the list. We will keep the list updated with every new launch in the future, make sure to stay tuned.