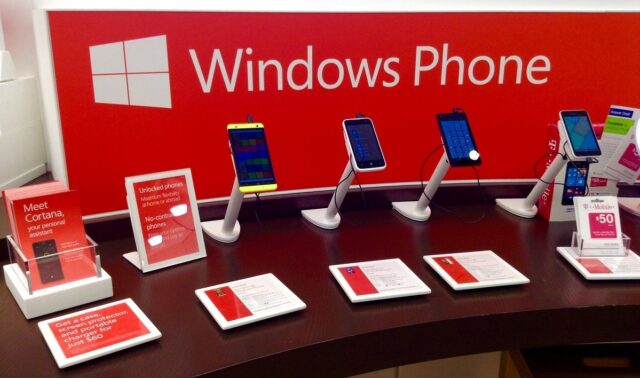 Microsoft took the entire tech word by surprise by announcing a Chromebook competitor in the form of the Surface Laptop. That makes yet another Surface variant out in the wild. That also makes for a wise business move considering that the segment is big enough to have a competitor in place to challenge the wildly popular Chromebooks.

However, there remains yet another segment, and far bigger at that where Microsoft yet continues to be grossly missed – the mobile segment. All efforts to make it big in the mobile business have been a dud. That included even a buyout of Nokia in a deal worth billions. Those might have gone down the drain with the Lumia range failing to make much of an impact. Therefore, many industry insiders believe we might well have seen the last of Lumia devices already.

So does that mark the end of the road for Windows Mobile? Seemingly so, but Microsoft insists it is not. However, there have been no details to prove otherwise as well. Microsoft remained silent on this during both the CES and MWC events and no one knows for sure if there indeed is a grand Windows mobile in the making.

That said, there also are enough indications to prove otherwise. For instance, Microsoft’s buying out of the surfacephone.com domain can be proof there indeed is such a device in the making. Interestingly, the link redirects back to the official Microsoft site as well.

The Redmond giant has also relied on its Surface range to spark consumer interest in its Windows 10 platform during its initial stages. That led many to believe Microsoft will follow a similar strategy to popularize its Windows 10 Mobile as well.

That, however, is easier said than done as the consumer already is firmly entrenched in either Apple or Google ecosystem. Microsoft surely has to give them a compelling reason to invest in a platform that continues to be viewed with skepticism.

That, together with the basic principle of the Surface range being a premium device in all aspects does point to something special cooking in the Microsoft camp. That includes a sturdy yet stylish build together with oodles of performance.

There already are rumors of there being actually three Surface Phone variants being conceived. One will serve as the flagship device to rival the likes of the iPhone and Samsung’s Galaxy range.  Another will be a high-end device meant for the enterprise users – think BlackBerry. And then, there is going to be another top-end variant for the enthusiasts, something along the line of Note devices.

Naturally, specs will be top-end which makes the latest Snapdragon 835 as the natural choice. There also have been a few rumors that claim an Intel chip powered Surface Phone variant which can’t be ruled out either. System memory could be matching its desired role and could range from 3 GB for the basic flagship version to 6 GB for the business model. The top-end model could come with an 8 GB memory, together with a crazy 500 GB of storage.

A stylus is also imperative for the enterprise model. That again would require Windows 10 Mobile to be optimized for stylus inputs. A recent patent listing also revealed Microsoft could be attempting something radical with one of their future devices, one that will have multiple layers of display that curve along the edges.

On the whole, there is just too much confusion regarding Microsoft’s phone ambitions and too little substance to help alleviate the situation. That said, the entire mobile segment is just too big and lucrative for Microsoft to give it a miss. What remains to be seen is how the company address the situation.