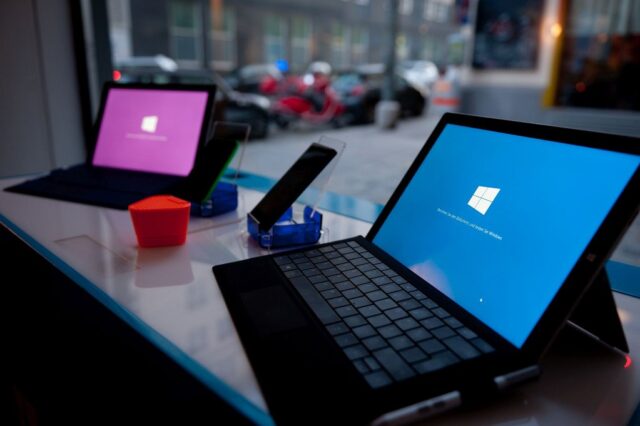 With the recent launch of the Surface Laptop, Microsoft now has an interesting mix of Surface branded devices. Those range from the Surface Pro series that makes for an excellent two-in-one device to the Surface Book that is more of a notebook, even though the latter also features a detachable display that transforms it into a tablet.

However, unlike the above, the Surface Laptop remains true to its naming. For it indeed is a laptop device to the core, but the solid build quality that is typical of Surface devices is equally applicable to the Surface Laptop as well.

But then, with one more choice in the Surface range, buyers could easily be confused as to which one would be ideal for them. Let’s find out.

To begin with, the biggest difference between the Surface Laptop and the Surface Pro 4 is the operating system each runs. While the Pro 4 runs the full-fledged version of Windows 10, the latter is based on a toned down version of the same named Windows 10 S.

Microsoft stated the ‘S’ in Windows 10 S stands for the key attributes that the platform stands for. Those include security, superior performance, and simplicity.

The Windows 10 S is also aimed at making the platform compatible with ARM processors. The Windows 10 again is limited to X86 chipsets.

Another fallout of the Surface Laptop running Windows 10 S is that it will only be able to run apps from the Microsoft Store. This allows for the device to stand for the very attributes that led the specific Windows platform to be so named.

With the Pro 4, there are no such limitations as such so that you can install just about any software that you wish to, at your own risk though. That said, there sure are ways to install other apps on the Surface Laptop though that’s applicable only to the teacher but not the students.

That again brings us to another key differentiator between the Surface Laptop and the Pro 4. While the Pro 4 is primarily at productivity in an office environment, the laptop is aimed at students who are just about to leave school.

Another way the Surface Laptop differs from the Pro 4 is their inherent design approach. With the Pro 4, what you have is a device that is basically a tablet but can easily be transformed into a notebook to allow for productivity-oriented tasks. The latter, however, as the name suggests, is just like any laptop and comes fixed with a keyboard.

Interestingly, both the Surface Pro 4 and the Surface Laptop owe their existence to different device segments. While the Pro 4 was built in response to the general shift in market preference towards mobile tablet like devices – read the Apple iPad – the Surface Laptop could be Microsoft’s attempt take on the highly successful Google Chromebook range.