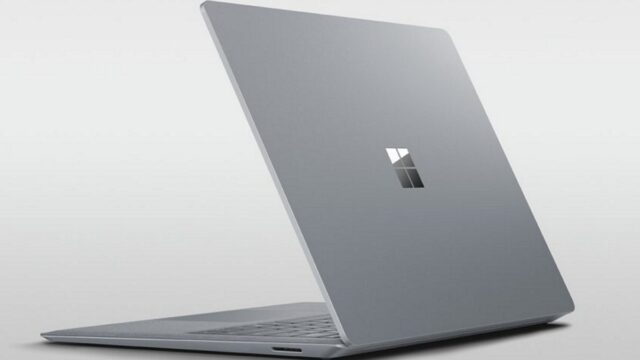 The much anticipated Microsoft Surface Laptop was officially unveiled last night by the company’s devices chief Panas Panay, at an event in New York.  The laptop is being targetted at students who are about to leave high-school and join college. A teaser video of the laptop suggests it’s a high-end device that runs the new Windows 10 S operating system.

But contrary to earlier reports, the new Surface Laptop is built to take on the likes of Apple’s MacBook range given the kind of hardware and price tag it comes with. It was supposed to be Microsoft’s answer to Google’s Chromebook range, but that doesn’t seem to be the case. Here’s all you need to know about the latest Surface-branded device from Microsoft

Unlike the Surface 2-in-1 which happens to be a hybrid device, the new Surface Laptop sports a clamshell which makes it a standard laptop. The device sports a 13.5-inch PixelSense display with an aspect ratio of 3:2 and a resolution of 2256 x 1504 pixels.

Microsoft claims that this is the ‘thinnest LCD touch laptop ever created’ which packs an insane 3.4 million pixels. The laptop’s screen is also compatible to use with Microsoft’s Surface Pen, which means you can draw or takes notes on the screen just like earlier Surface models.

It’s also worth noting that the device sports a fabric-Alcantara keyboard with a 1.5mm travel for backlit keys. Also, Microsoft has integrated vapor chambers onto the rear of the Surface Laptop so as to avoid any overheating issues and keep the laptop cool.

Under the hood, the laptop gets powered by the 7th generation Intel Core i5 or Intel Core i7 processor bundled with either 4GB, 8GB, or 16GB of RAM. For graphics, the device comes with Intel HD 62O i5 and Intel Iris Plus Graphics 740.

As far as storage goes, the Surface Laptop is offered in SSD options of 128GB, 256GB, and 512GB. While connectivity options on the device include a USB 3.0 port, a 3.5mm jack, and a Mini Display port.

Elsewhere, it features Wi-Fi: 802.11ac along with Bluetooth 4.0. Microsoft claims that the device’s battery is rated to deliver up to 14.5 hours of video playback.

It also comes with a 720p front-facing camera for video chats and offers Omnisonic speakers with Dolby Audio support.

Microsoft has started accepting pre-orders of the new Surface Laptop while shipping begins on June 15th. Starting at $999 for the Core i5 version featuring 4GB of RAM and 128GB of SSD storage, the device will be offered in a choice four color options: platinum, burgundy, cobalt blue, and graphite gold.