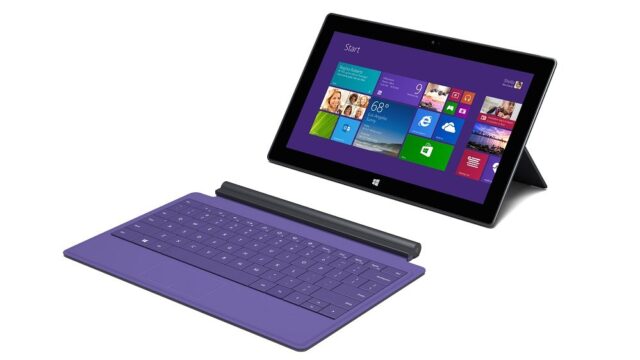 Microsoft has a big software and hardware event scheduled in New York on May 2, and a new Surface CloudBook running Windows 10 Cloud may go official at the event.

Being an education-focussed event, it is highly unlikely that Microsoft would unveil the much-hyped Microsoft Surface Pro 5 or the Surface Book 2. Besides, the long-rumored Surface Phone is also not expected to appear at the event.

Hence, we can expect Microsoft to announce a mid-range laptop primarily aimed at students. It won’t run a full-fledged version of Windows 10, as the device is likely to ship with Windows 10 Cloud. The laptop is rumored to be the first device running Windows 10 Cloud to hit the market.

That said, nothing is confirmed at the moment. Though, reports do indicate that Windows 10 Cloud would run apps from the Windows Store, just like a Chromebook can run apps via Google’s PlayStore. It would certainly have some limitations compared to a full-fledged version of Windows 10. For instance, users may not be able to run apps that aren’t available in the Windows Store.

Surface CloudBook with Windows 10 Cloud: Another version of Windows RT

In case you didn’t know, Microsoft tried something similar two years back with its Surface RT tablet. It did not run a full-fledged version of Windows. The original Surface range (Surface RT and Surface 2) were rather limited in their ability to run core desktop apps. And with this limitation, it gradually led to their demise as manufacturers, as well as users, did not really show interest in the whole concept.

Windows 10 Cloud appears to be inspired by Windows RT, and hopefully, does not meet the same fate as its predecessor. The rumored Surface CloudBook is likely Microsoft’s attempt to take on the Chromebook. It should come with an affordable price tag along with mid-range hardware. Even Apple locked horns against Microsoft’s Surface range line when it launched the iPad Pro. These devices were aimed at offering productivity on the move, came with detachable accessories, and were more competitively priced.

The Surface CloudBook should come pre-loaded with multiple education-focussed apps. Microsoft could unveil the rumored laptop on May 2. That said, it still remains unclear as to what kind of hardware and features it would offer. Sources suggest it could get powered by an ARM processor, given the fact that the Redmond giant joined hands with Qualcomm last year to build ARM-based processors.For now, nothing is officially confirmed but we should hear more as Microsoft will host the event in New York in just a few week’s time.