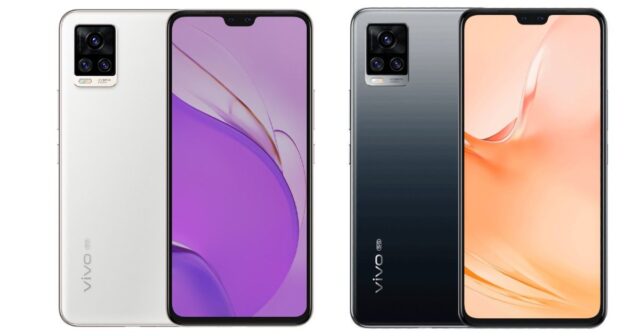 Close on the heels of the Moto G 5G phone getting launched in India, here is another 5G phone now available in the country. It is the Vivo V20 Pro which too flaunts 5G connectivity but at Rs. 29,990, it isn’t one to impress with an ultra-low price tag – going by 5G standards – as the Moto G 5G does.

The rest of the V20 Pro specs include a 6.44-inch full HD+ AMOLED display. Keeping the lights on is a 4,000 mAh battery which refuels via a 33W FlashCharge fast charging tech. The phone runs the company’s proprietary FunTouch OS 11 UI based on the Android 10 OS and will upgrade to Android 11 when it becomes available. Vivo is claiming the new V20 Pro to be the slimmest 5G phone in its segment.

For optics, there are three cameras on the rear which include a 64 MP f/1.89 aperture Samsung ISOCELL GW1 sensor for the primary cam. Then there is the 8 MP f/2.2 aperture ultra wide-angle lens as well as a 2 MP f/2.4 aperture monochrome sensor which completes the rear camera setup. The front again benefits from a dual-camera set-up comprising of a 44 MP primary sensor and an 8 MP wide-angle lens for selfies.

The V20 Pro comes in shades of Midnight Jazz and Sunset Melody. The phone can be bought starting today, December 2, from popular retailers such Flipkart, Amazon, Paytm Mall, Tata Cliq along with the Vivo India eStore as well as other online and offline retailers in the country.

Check out for various launch offers which include a Rs. 2000 instant cashback when bought using ICICI Bank credit and debit cards. Plus, there is also the offer of one-time screen replacement as well along with no-cost EMI. You also stand to get JIO benefits worth Rs. 10,000.