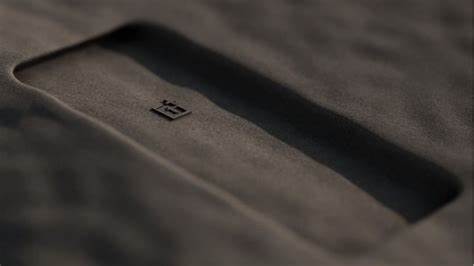 OnePlus seems to be a roll at the moment. The company already has the OnePlus 8T scheduled for launch on October 14. However, that isn’t going to be the only phone that would be launched on that day, there also is the OnePlus Nord Special Edition that too would be accompanying the 8T. The two phones apart, there also is a new TWS Buds that likely is going to be launched while a Bullets Wireless Z Bass Edition too is believed to in the pipeline as well.

Another novelty expected with the Nord Special Edition is the sandstone finish which will make for a classic touch to the phone. We have seen the OnePlus 5T Star Wars Edition sport that finishes in the past. That would mean a matte finish on the rear rather than a glossy back that you’d expect with a phone having a glass back. So far, the Nord variant currently available comes in shades of Gray Onyx and Blue Marble.

In another leak, two more Nord variants – the Nord N10 5G and the Nord 100 are scheduled for launch on October 26. While the N10 will serve as an entry-level phone for the Nord range, the N100 will be a step above of that. In any case, the N10 is still expected to come with pretty decent specs such as a Snapdragon 690 processor, a Full HD+ display with a 90 Hz refresh rate, and a 64 MP camera. For the N100, it could be the SD 460 chipset and a 6000 mAh battery.

Coming to the OnePlus Nord Special Edition, expect the phone to pack in a 6.44-inch Full HD+ AMOLED panel with a 20:9 aspect ratio. The display has a 90 Hz refresh rate and gets a layer of Gorilla Glass 5 for protection.

Also, it is the SD 765G and Adreno 620 GPU that would be powering the phone, with up to a max of 12 GB of RAM and 256 GB of storage on the top variant. The phone would be running OxygenOS 10.0 based on Android 10 right from the start.

For optics, the Special Edition phone will have a quad-camera setup at the rear comprising of a 48 MP primary camera, an 8 MP ultra wide-angle lens, a 5 MP depth sensor, and a 2 MP macro lens. The front will feature a 32 MP primary selfie cam along with an 8 MP wide-angle lens having a 105-degree field of view.

Other features of the phone include a 4115 mAh battery and an in-display fingerprint sensor. There is going to be a Warp Charge 30T charger in the box as well that will allow for a 70 percent charge from zero in just 30 mins.

Watch this space for more on this as it evolves.