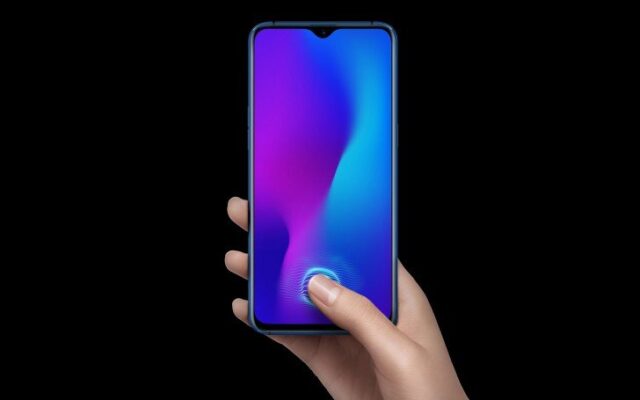 Oppo has upped its game in the smartphone segment with the new R17 that offers a splendid mix of top notch specs along with killer looks. Also, in what is going to be a standout feature of the new R17, the phone comes with in-screen fingerprint sensor as well, Android Pure reported.

Staring at your face will be a 6.4-inch full HD+ AMOLED screen that again will be dominating the entire front. Bezels along the sides are virtually non-existent while it’s just a drop-down notch at the top to accommodate the front selfie cam. The bottom chin again is reduced to just the bare minimum, just enough to hold the display controller.

The fingerprint scanner is embedded towards the bottom of the display with the sensor measuring just 4 sq.mm, besides featuring 3P micro lens for efficient optical scanning of the finger. The only other thing that is accommodated at the front include a 25 mp f/2.0 camera. That again is the same that was first introduced in the Oppo F7 and more recently in the Find X phone. Official images released by Oppo also reveal dual camera setup at the rear though the specs for the same are a mystery as of now.

Coming to the interior of the R17, the phone is powered by the latest octa-core Snapdragon 670 processor that has been built as per the 10nm manufacturing process. Taking care of graphics processing will be the Adreno 615 while there is also going to be 8 gigs of RAM and 128 gigs of storage on-board.

Keeping the lights on will be a 3450 mAh battery which also supports fast charging technology. As for the OS, it’s going to be Color 5.2 which happens to be based on Android 8.1 Oreo. Choice of colours is going to be Stream Blue and Neon Purple. While the former transcends from Blue to Green and then Aqua depending on the exterior lighting condition, the latter comes with violet and magenta  side edges for the rear panel.

The R17 is slated for launch on this coming Saturday, the 18th of August.