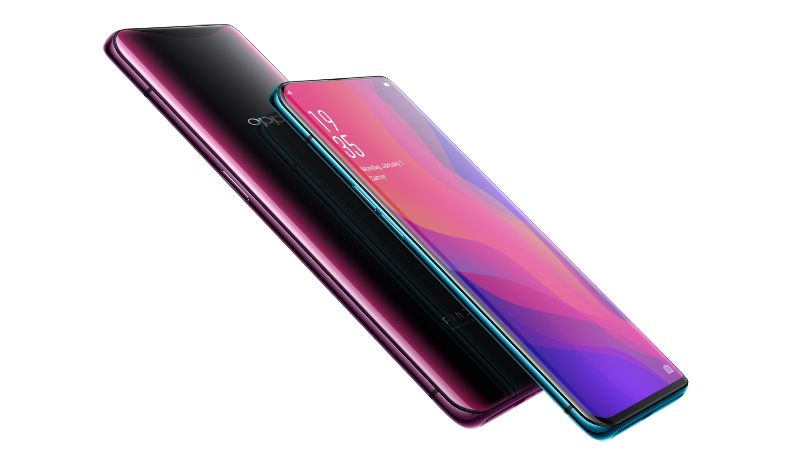 Unveiled last month in Paris, the Oppo Find X has now been officially announced for the Indian market. The high-end smartphone from Oppo will be available for purchase exclusively via Flipkart as well Oppo’s offline retail channels. The device will be offered in a single variant only which gets a price tag of Rs 59,000. Now, this puts the handset in direct competition with the likes of the iPhone X and Samsung Galaxy S9+.

The flagship Oppo Find X is a perfect blend of high-end hardware and top-notch design. To begin with, the Chinese manufacturer’s latest flagship boasts a screen-to-body ratio of 93.8 perecent. Therefore, bezels nearly impossible to see on the Oppo Find X making it a truly bezel-free smartphone. In comparison, the Vivo Nex gets a 91.24 percent screen to body ratio , while the iPhone X and Galaxy S9 are far behind with a screen to body ratio of 82.9 percent and 83.6 percent respectively.

Besides its unique design, the Oppo Find X is also loaded with flagship-grade hardware and features. The device packs a 6.4-inch OLED display that boasts a resolution of 2340×1080 pixels. Under the hood, the device gets powered by the latest Snapdargon 845 processor bundled with a whopping 8GB of RAM. As for storage, the Oppo Find X is offered in a choice of 256GB of built-in storage, which is further expandable via microSD slot.

In the photography department, the handset boats a dual-lens primary camera setup (16MP+20MP) with support for OIS. For selfies, the Oppo Find X packs a 25MP front-facing shooter.

The device runs Android Oreo 8.1 out of the box with company’s proprietory Color OS 5.1 skin on top. The device is also eligible for an upgarde to Android P Beta. Elsewhere, the device gets fueled by a relatively moderate 3730mAh battery with support for fast charging. That said, there’s no deidcated 3.5mm headphone jack as the device gets USB Type C connectivity.

The company also announced a special Lamborghini edition of the Oppo Find X at the launch event. It comes with Super VOOC charging technology, which Oppo claims can charge the handset from 0 to 100 percent in just 35 minutes.