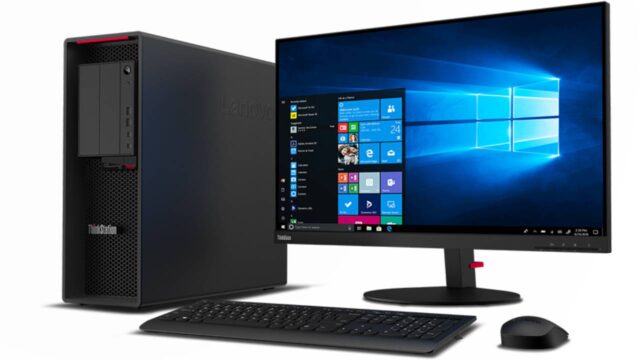 Lenovo has launched its new ThinkStation P620 workstation computer in India, which is all about superlative performance and features, something that extends to its pricing as well. The workstation starts at an eye-popping Rs 3,99,000.

For that price, expect nothing but the very best and most powerful stuff making up the internals of the desktop. As the Chinese manufacturer put it, the new ThinkStation P620 has at its core the newest AMD Ryzen Threadripper PRO processor which features a max of 64 cores and has a max clock speed of 4.0 GHz.

The workstation is compatible with up to a pair of NVIDIA Quadro RTX 8000 or four RTX 4000 graphic cards. Storage is a max of 20 TB on the top model, with max memory capacity supported being 1 TB. All of this guarantees the highest standards of performance no matter how intense the workload might be.

Another inherent positive with the workstation is that the chassis is entirely customizable. It is scalable too so that you can start with just the bare minimum of what you need and gradually build capacity as and when needed. Buyers can customize the device via the official Lenovo India website. The company is also offering a standard after-sales warranty of three years and an upgradeable warranty that extends for five years.

Lenovo also claimed its new ThinkStation P620 to be the only PCIe Gen 4 workstation currently available. It boasts of a 10 GB of integrated Ethernet connectivity along with a flexible GPU configuration. Another inherent positive with the workstation is its support for ThinkStation Diagnostics 2.0 which provides alerts in real-time.

Plus, there also is the Lenovo ThinkShield which comes across as a security solution that you can customize as per your requirements. Then there is the AMD Secure Processor which ensures the highest order of data and application security. Similarly, the AMD Memory Guard provides for full memory encryption which protects data stores therein from physical attacks.