Unlike last year, Yu’s latest gadget has been toned down a bit to compete in the cutthroat sub Rs. 15,000 price bracket. The Yu Yunicorn looks pretty good on paper with specs such as a 4,000mAh battery, octa-core processor, and 4GB of RAM. But does it have enough to make you go – “I want that phone”.

Priced at around Rs. 15,000, can the Yunicorn compete against other value-packed devices which include the likes of Redmi Note 3, Moto G4 Plus, the Moto G4 or Huawei Honor 5C? Let’s find out. 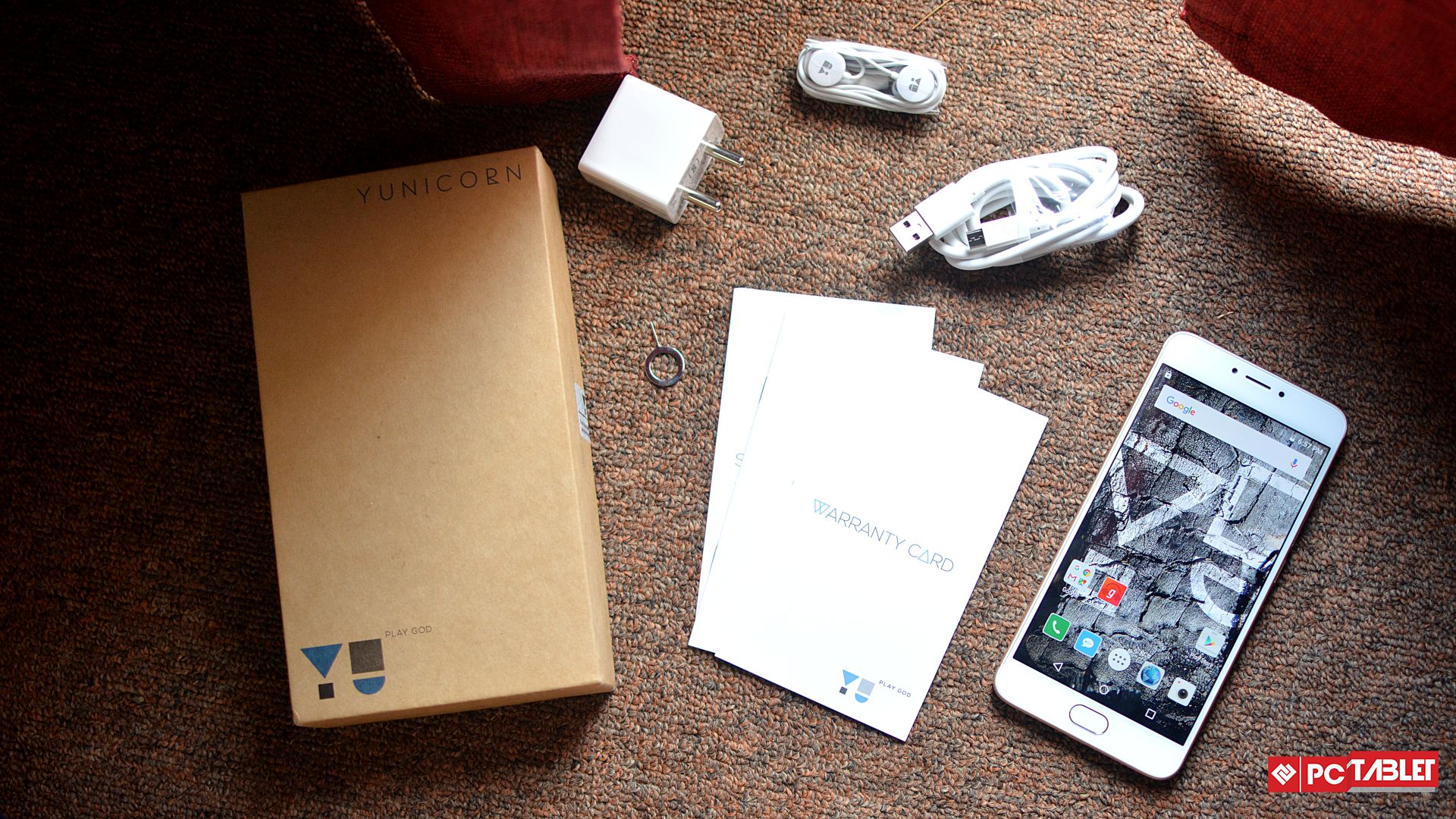 The smartphone’s design seems to get inspiration from different devices. The front reminds you of an iPhone while the back looks pretty close to phones from HTC and Xiaomi. That being said, the phone does exude a kind of elegance and simplicity thanks to its metal unibody design and smooth contours. But at 172 grams and 8.5mm thickness, it does feel quite heavy and the brushed metal back does make it slippery and prone to drops.

The phone’s full HD display is quite a cracker. It’s crisp and sharp with balanced colour reproduction. The screen is easy on eyes even at max brightness. While for those who like reading at night, the screen gets quite dim making it easy on the eyes to help get better sleep. Viewing angles are pretty good as well and there’s no significant distortion that’ll leave you complaining.

Though I found the display to be a bit reflective, while sunlight legibility is decent but not that great though still better than the Yutopia.

The smartphone comes with  MediaTek’s Helio P10 octa-core processor which is fast enough even for some frenzied multitasking. And with 4GB of RAM, there’s a lot of room to play with. For the most part, the phone can handle anything you throw at it, apart from a few odd stutters here and there while playing Mortal Kombat X. 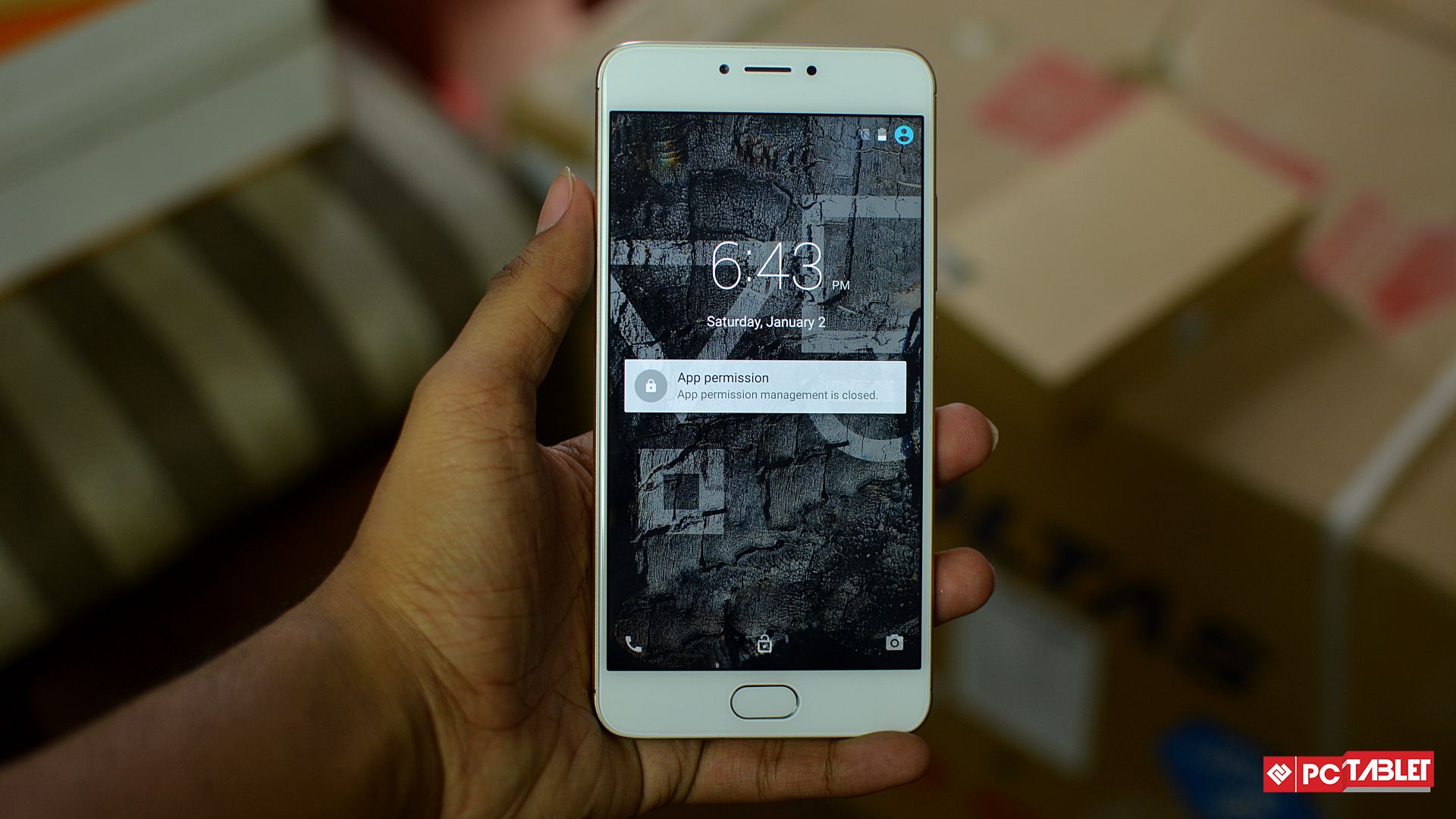 The phone’s front-facing fingerprint scanner also doubles as a home button. The fingerprint registration process seems rather fussy and gets a bit annoying initially. As I found myself constantly dumped back onto the home screen trying to register my fingerprint. But once up and running, it was one of the snappiest fingerprint sensors I’ve come across. It’s super responsive and I literally had no trouble unlocking the device.

The Yunicorn gets a hybrid Dual-SIM tray, which means you can either use two SIMs, or one SIM card along with one microSD card. This can be a hassle for some who want to have two SIM cards and still have sufficient storage space. In terms of storage, the phone comes with 32GB of inbuilt storage which can be expanded by up to 128GB. Connectivity options include Wi-Fi b/g/n, Bluetooth 4.1, USB-OTG, and GPS. Though there’s no NFC and FM radio. 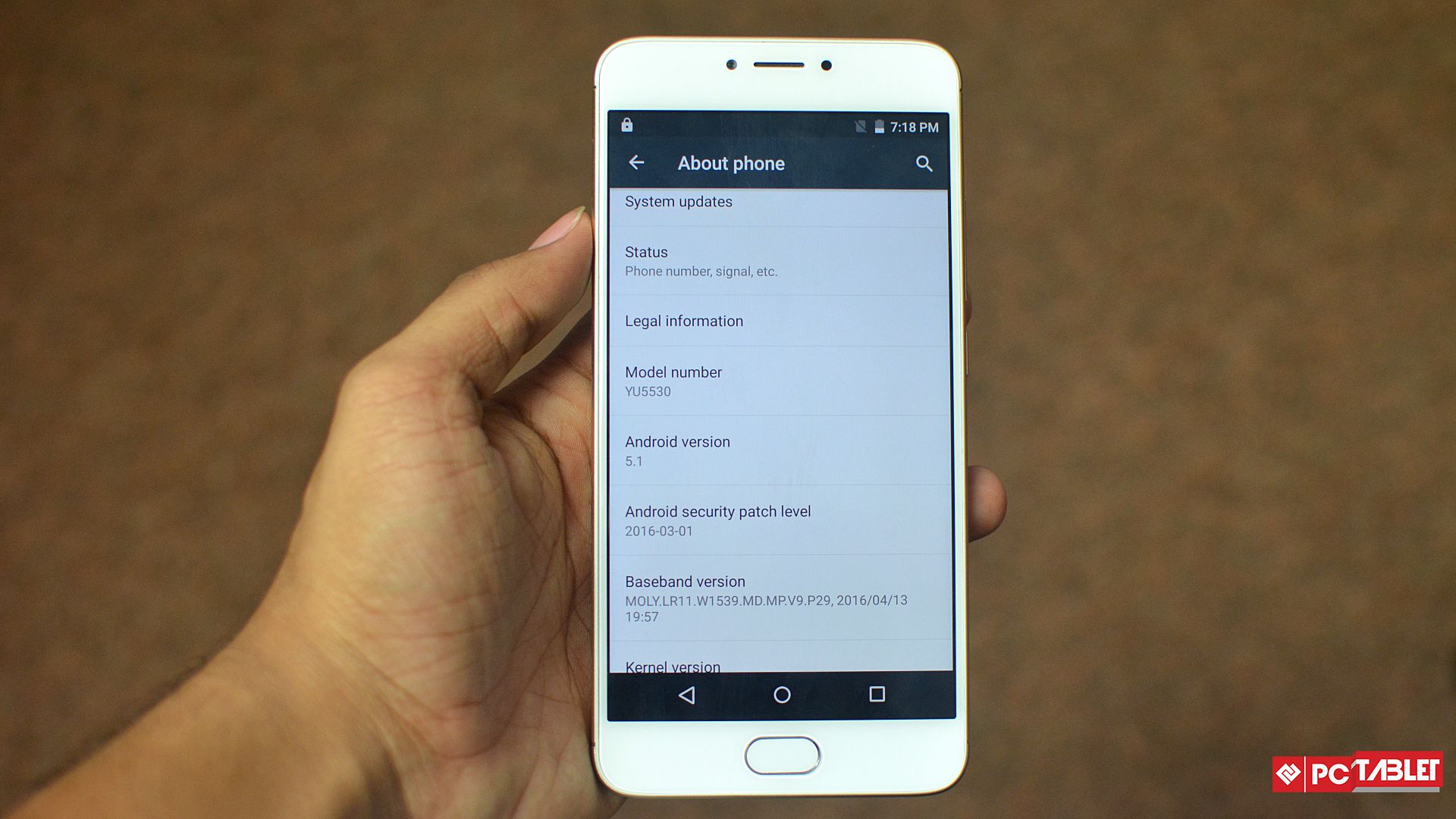 The Yunicorn bids adieu to Cyanogen. This time, Yu has gone with its custom build of Android 5.1 which is quite a delight. It’s non-gimmicky, free of bloatware and looks clean. Thankfully, not much has been fiddled around, and you pretty much get a stock Android experience. If you’re looking for a low-cost Nexus alternative, the Yunicorn would be as close as you can get. Quite refreshing to see the company try to emulate the original Android feel at a time where manufacturers are ditching app drawers for an iOS style layout.

You also get extra features like the Around Yu 2.0 discovery service. It’s essentially a quick way to do tasks such as booking cabs, ordering food or recharging your phone by simply swiping right on the Home screen. It comes in rather handy, and the company has tied up with the likes of Zomato, Ola, and more to facilitate this pre-bundled service. 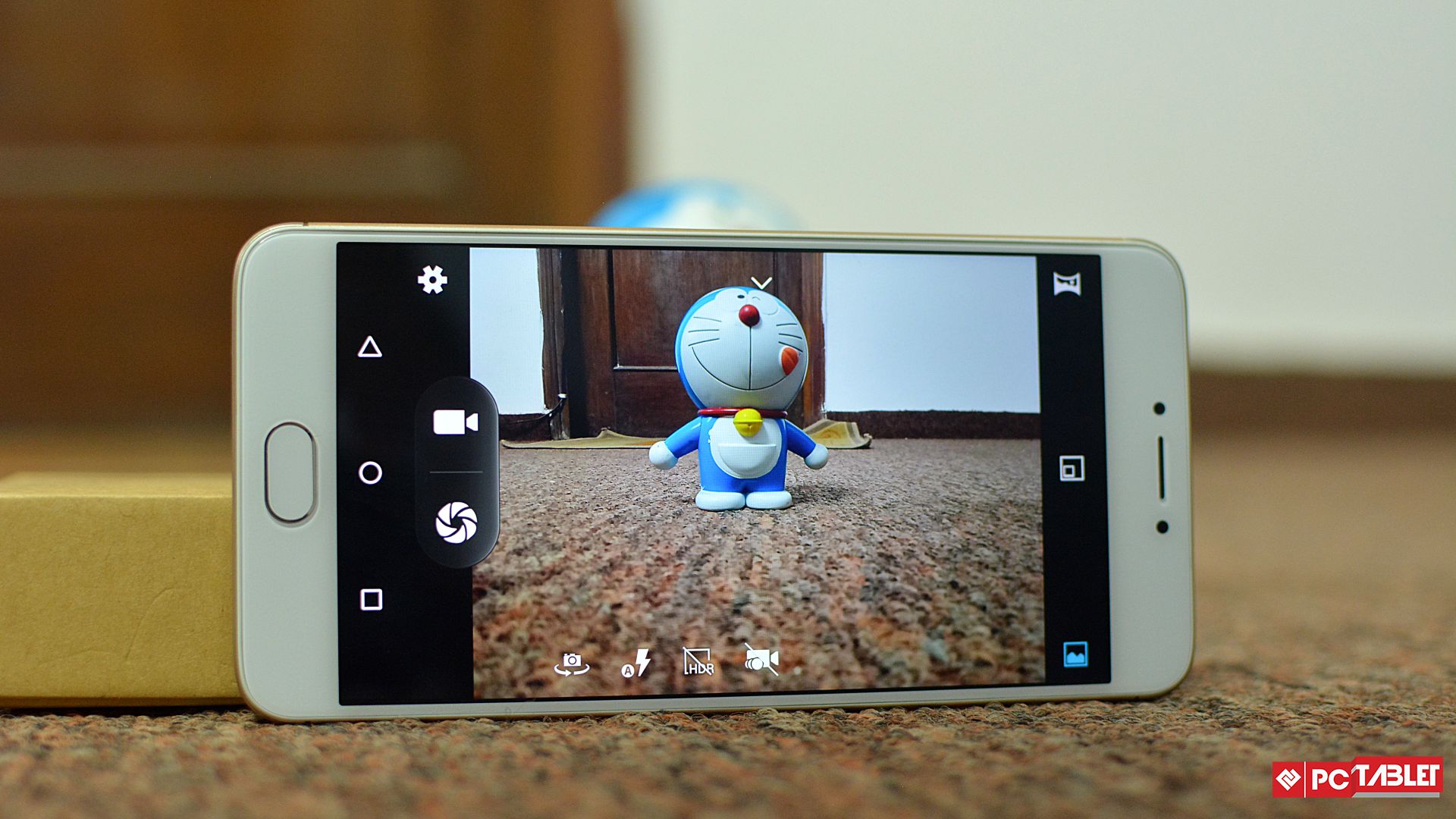 The 13MP primary does produce really good shots in bright and well-lit conditions. But it clearly struggles to adjust focus and noise levels in low-light and indoor settings. Despite the recent update which fixes certain issues such as focus speed and image processing, the camera does not fare that well. There’s also a 5MP selfie cam which has similar issues. Images taken appear rather blurry, not something you’d want to share with your friends and followers. 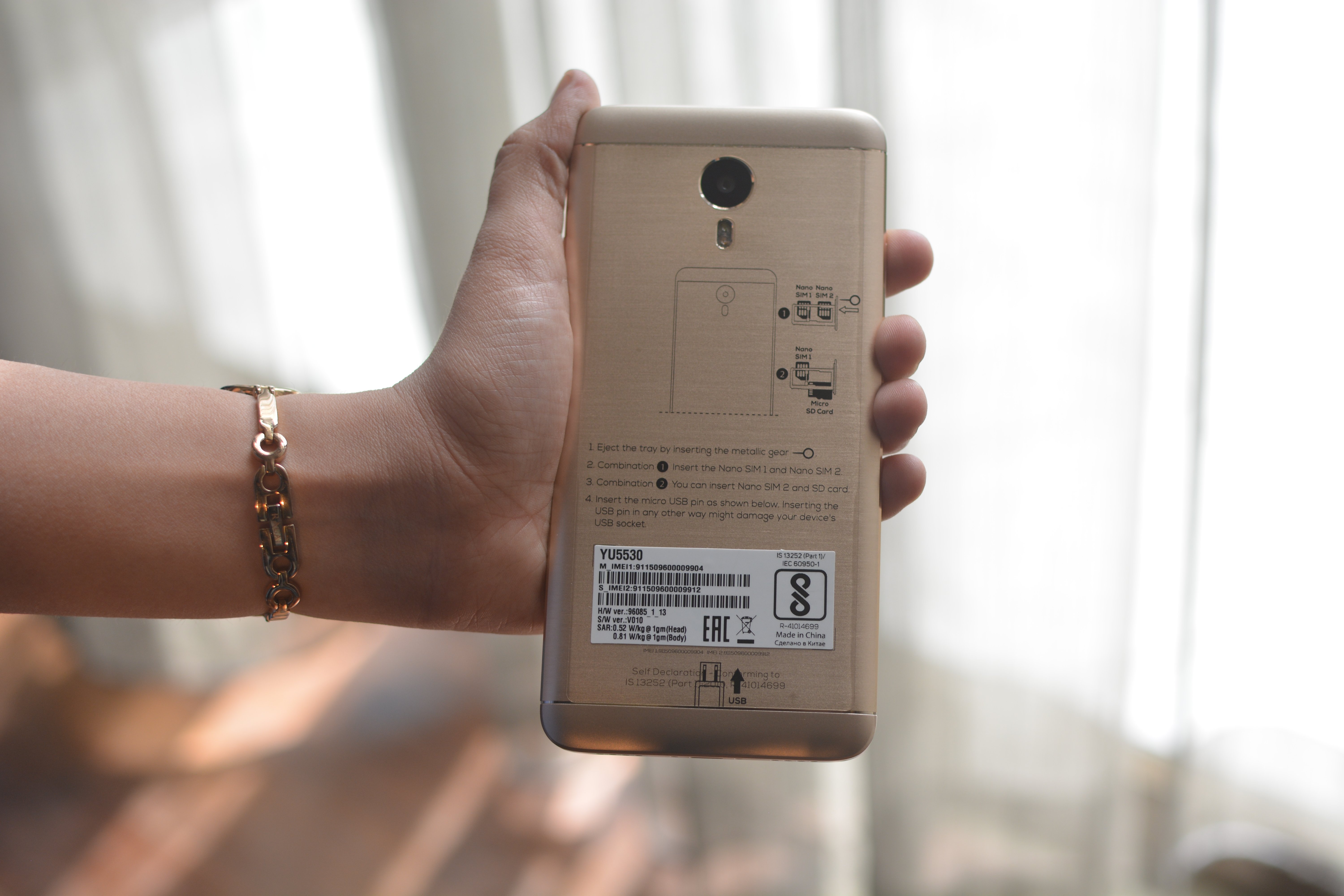 The phone gets a meaty 4,000 mAh battery which is primarily the reason the handset seems rather chubby. But one can excuse that as the battery is quite a workhorse. It easily gave me over one and a half day of usage. Sadly, it does not support fast charging but despite that, the bundled charger is fairly quick in juicing up the battery.

[ps_prices] In a nutshell, the Yu Yunicorn almost manages to tick all the boxes. The 5.5-inch full-HD display is quite a delight, the 4,000mAh is meaty enough to satisfy demanding users, an octa-core processor and 4GB of RAM that are equipped to handle almost anything, the OS is rather slick and comes pretty close to satisfy your need to own a Nexus.