When it comes to utility and affordability, the Moto G series is the first thing that comes to mind. And why not? The Lenovo owned brand still carries the Motorola tag with pride, a name that resonates with everyone. The original Moto G was an instant worldwide success and became Motorola’s best-selling smartphone ever. The company has now released Moto G4 in India at Rs. 12,499.

Though with Lenovo at the helm of things, it becomes imperative that the new Moto G line up keeps delivering the same way as they did in the past. The Moto-G series has been one of the most go-to phones over the last few years primarily because they are well-built, value-packed devices. Let’s find out what the Moto G4 has to offer and can it live up to the standards set by its predecessors. 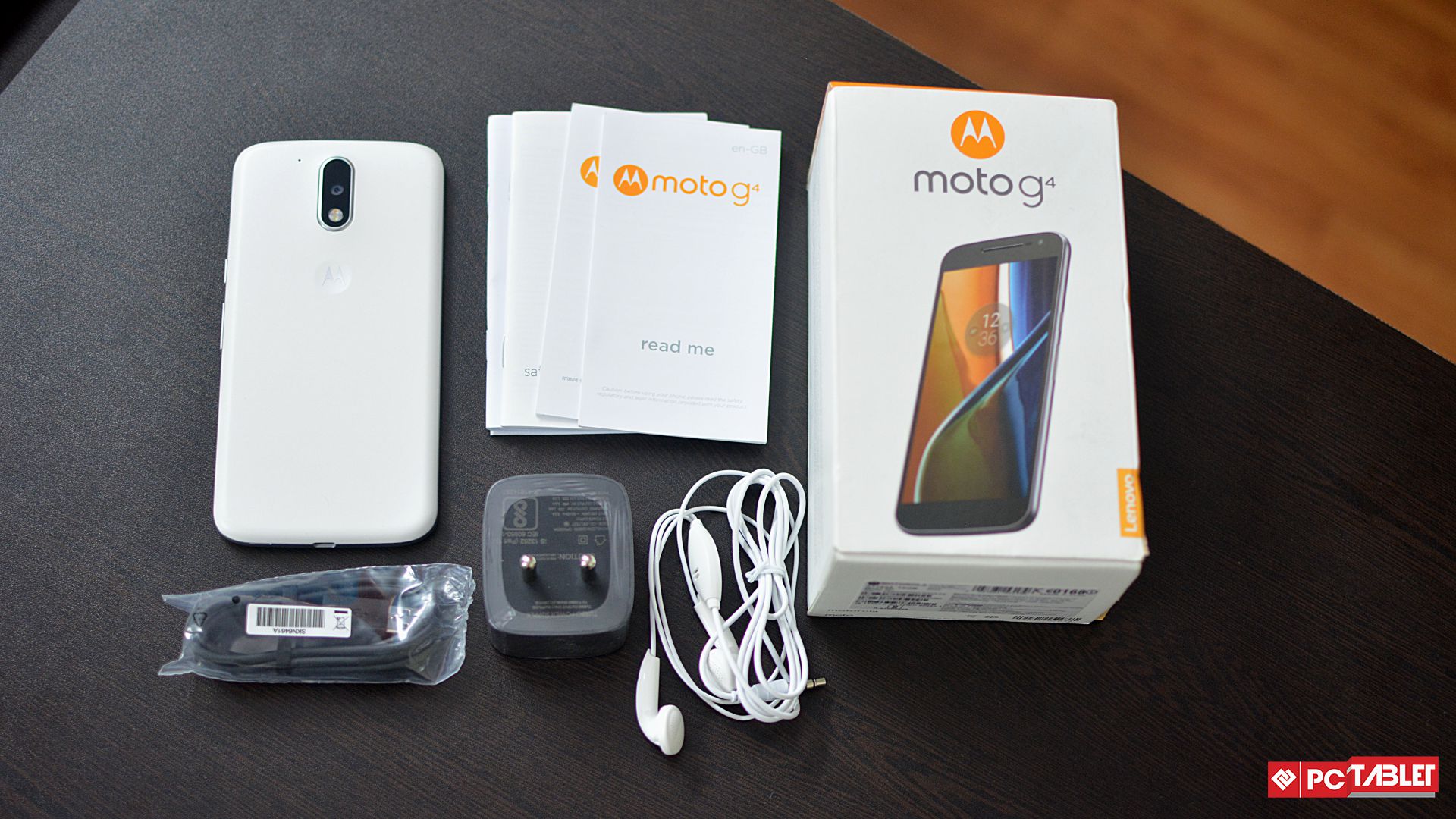 With a 5.5-inch display, there’s no denying the Moto G4 feels big. Its now up there with the likes of plus-sized devices, though the company has managed to shrink the thickness by 2mm compared to last year’s the Moto G3.

In terms of overall aesthetics, the Moto G4 retains the same quality standards that we saw with previous Moto G devices, but quite subtle compared to its earlier models, which for me is a bit of a letdown. I miss those elegantly curved contours and the ribbed back panel of last year’s model. Lenovo seems to have toned things down this time around. Moreover, it doesn’t get the IPX7 water resistant rating like its predecessor (Moto G 3rd Gen). Its still splash proof as it gets a nano coating, just don’t go dropping it in the bathtub.

There’s more real-estate this time with a 5.5-inch screen, which rocks a full-HD IPS LCD display. It’s sharp and vivid with excellent viewing angles. Black levels are impressive and given the price range – the screen is surprisingly good. Colours look vibrant and easy on the eye. 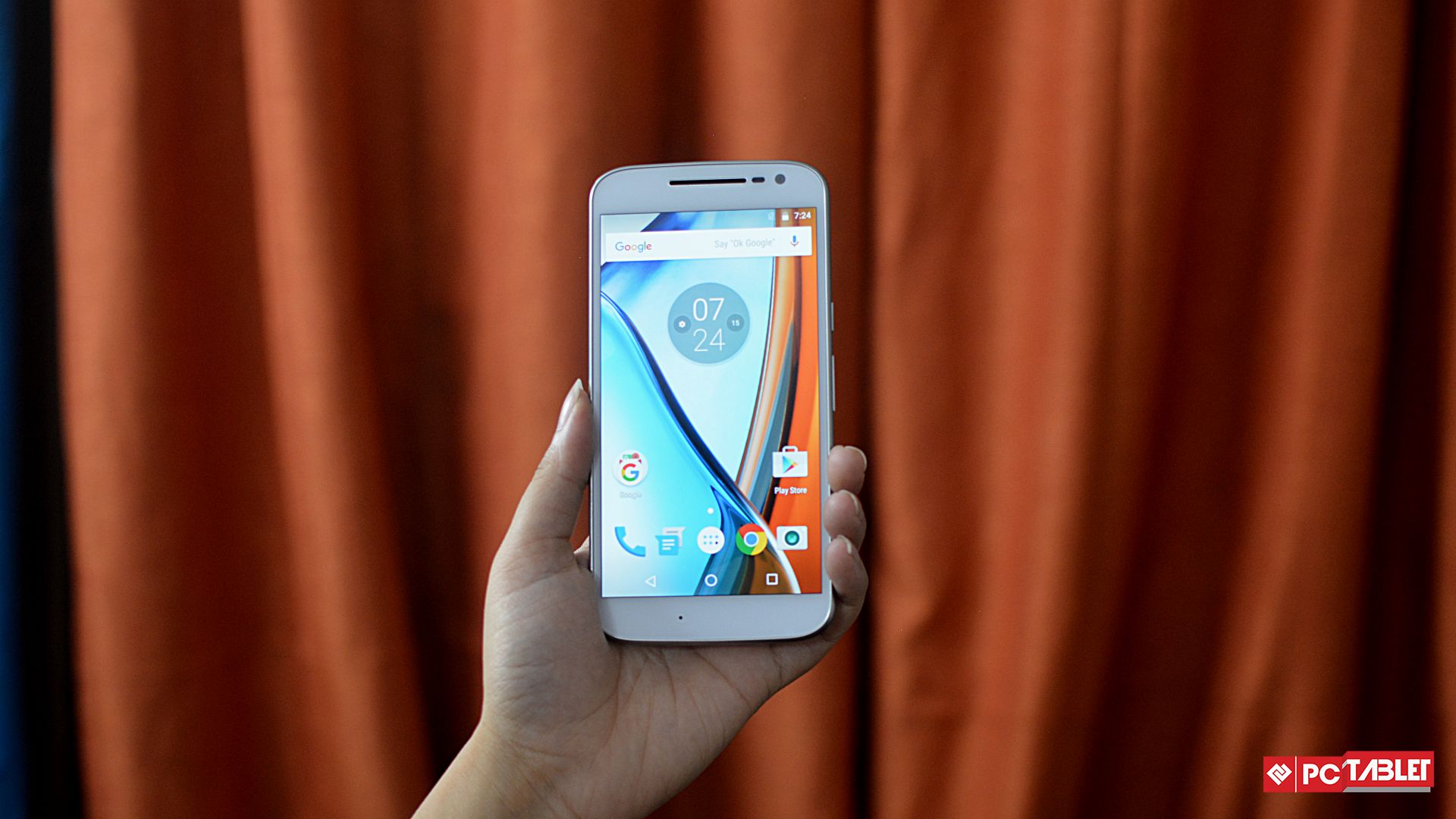 Brightness levels are excellent under direct sunlight while color accuracy is also top-notch. The company has clearly put a lot effort perfecting the display. It’s not as good as AMOLED displays, but still quite a cracker of a screen.

Inside, the Moto G4 packs a Snapdragon 617 octa-core processor bundled with 2GB of RAM with 16GB of storage. It feels pretty responsive for tasks such as scrolling through multiple websites, app-switching or playing basic games. Barring the odd lag I came across while zooming images in-and-out, it’s a pretty reliable performer. [ps_prices] 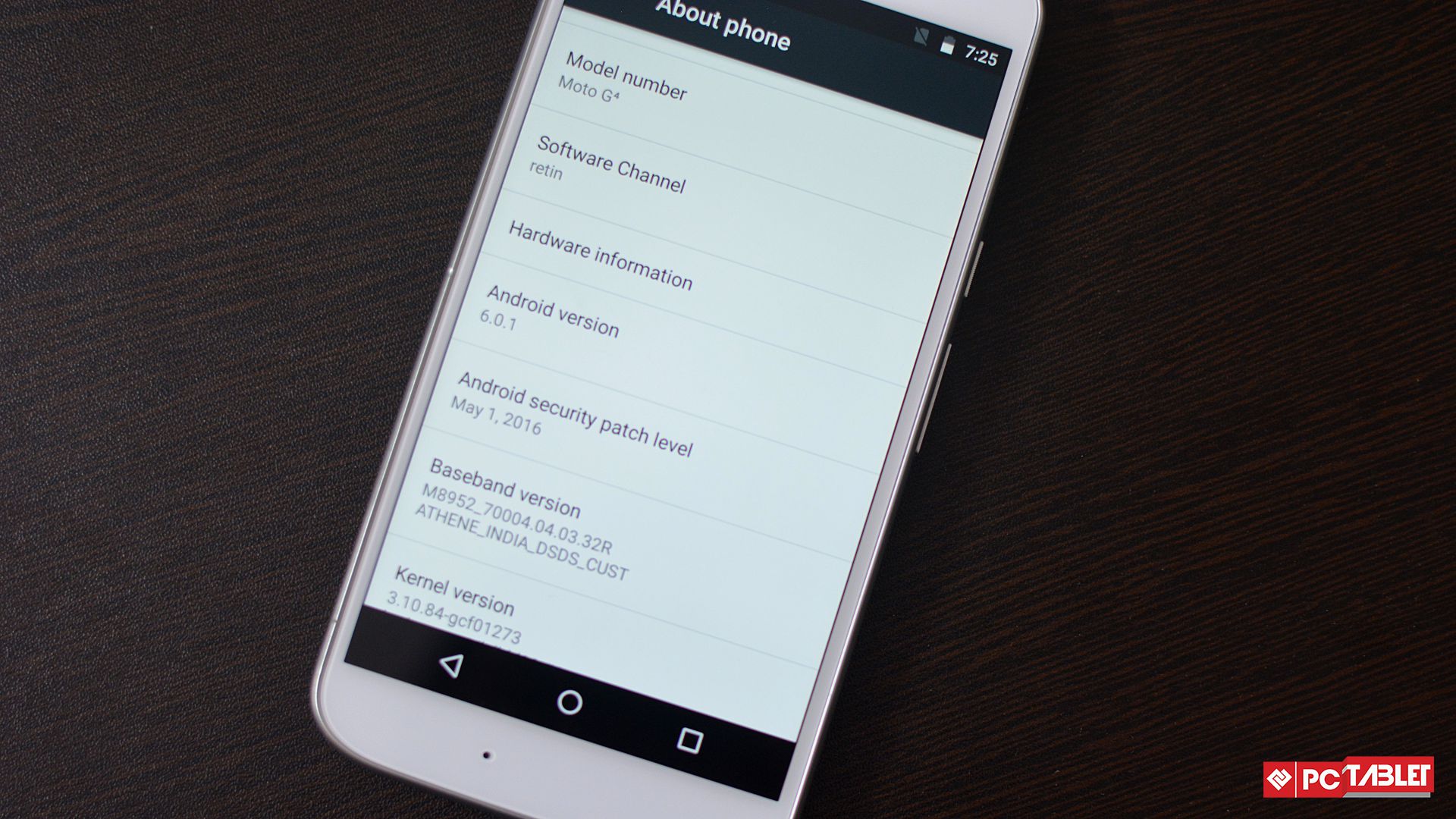 In case you’re running low on fuel, there’s a Turbo charger that manages to juice it up fairly quickly. Overall, the battery performance is rather good compared to other handsets I’ve come across at this price point.

The Moto G series has been known to deliver a pure Android experience and fortunately, nothing has changed on this front with the new Moto G4. It runs Android 6.0 Marshmallow out-of-the-box, which behaves and feels the way Google intended it to. There are no irritating gimmicks or unnecessary shenanigans that’s usually the case with customized Android UI’s.

It’s all clearly laid out and easy on the eye with the Moto G4. The pull-down notification has all the same switches and toggles I see on my Nexus handset. You get everything that makes the stock Android experience so good, with new features such as Google Now on Tap, app permissions and more. 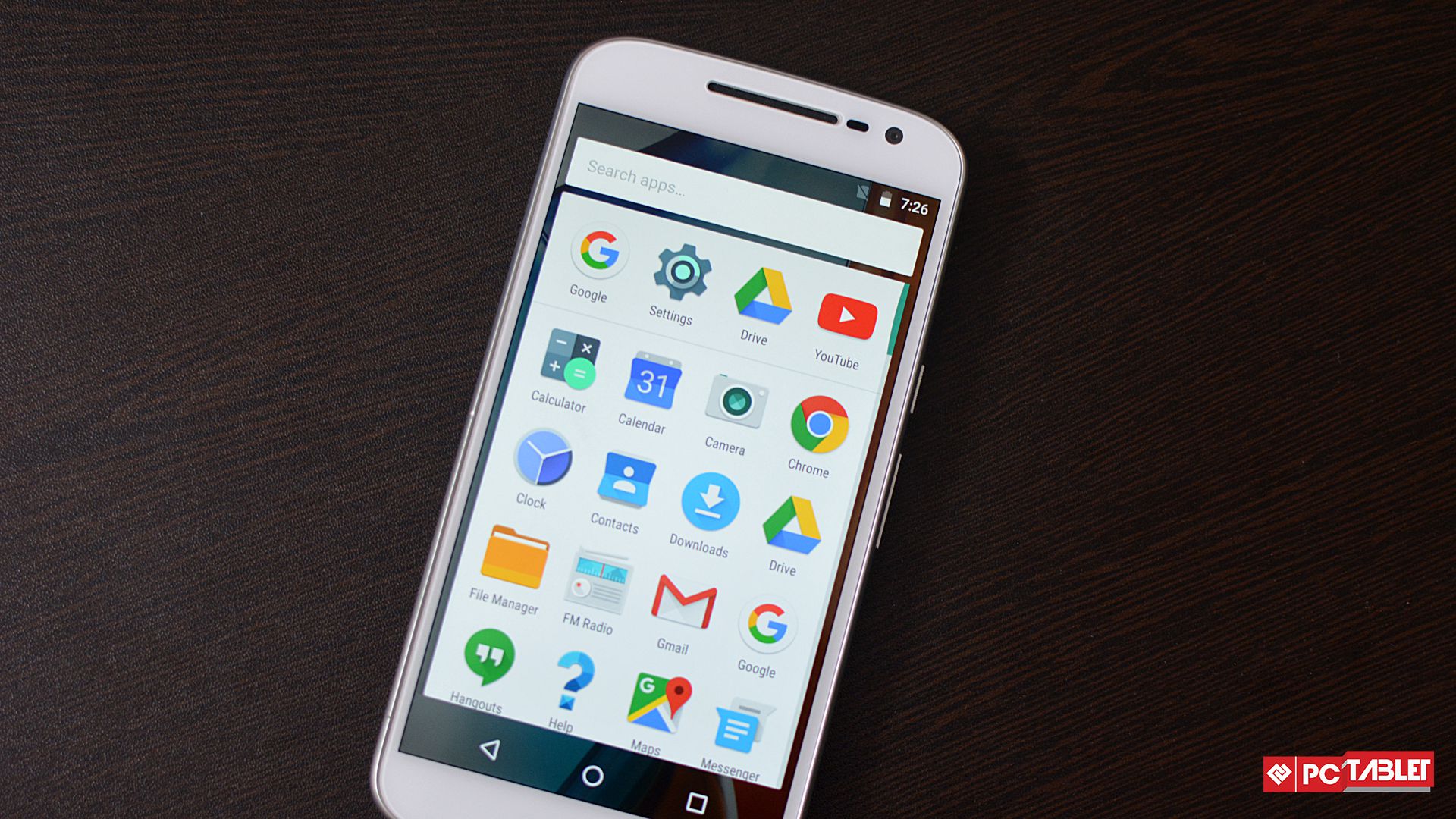 It also comes with gestures which allow easy access to basic functions by simply waving. For instance, twisting the phone twice in quick succession opens the Camera app, while a double-tap on the phone’s screen lets you quickly switch on the torch.

I totally dig the stock Android experience, and the Moto G4 is indeed pure ‘Nirvana’. It all makes sense and hopefully Motorola continues this trend with upcoming Moto-G handsets.

The 13MP rear camera with f/2 aperture is pretty solid, belting out good shots packed with details. It lacks features such as phase-detect autofocus and OIS, but I have no qualms with the image quality. Colours appear vivid without being oversaturated. HDR mode works rather well, and autofocus is fast to lock onto a subject. Noise levels are kept under control even in low light conditions. 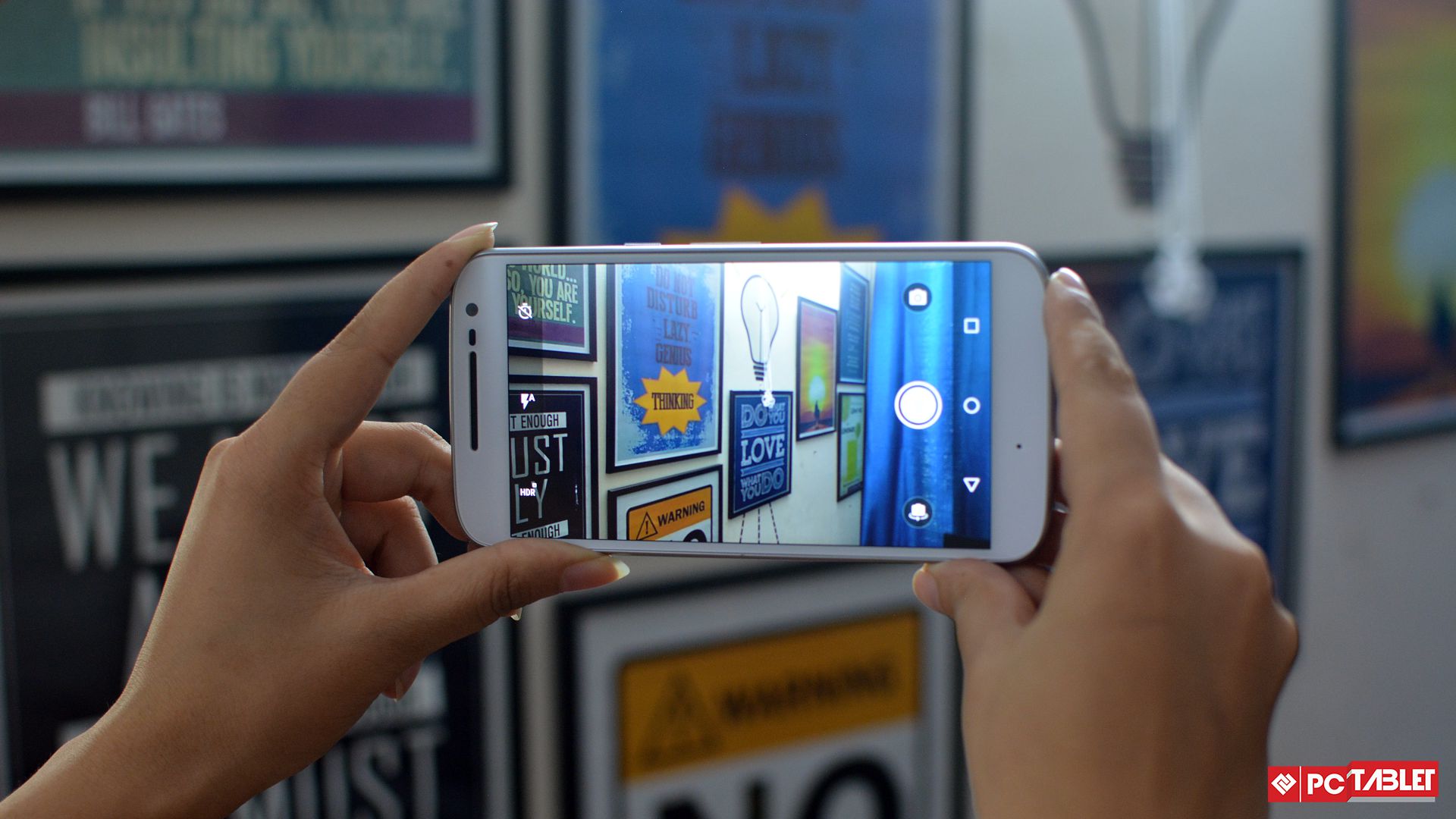 It still lacks the finer details and low-light performance compared to some high-end phones. But for the money, the Moto G4’s rear camera is astonishingly superb with clean and sharp photographs.

The 5MP front camera is also quite a cracker. Selfies come out rather clean and sharp. You won’t have second thoughts sharing them with your friends and followers on social media. The wide angle lens also means that you can accommodate your entire group of friends without having to stretch your arm all over the place.

The key reason why the Moto G series has been such a success is because of a combination of good design, decent build quality and performance across the board with a keen sense of value, and the latest Moto G4 clearly delivers in that regard. It’s priced a notch above last year’s Moto G, but you get a more well-rounded device packed with a better camera, a bigger screen, stock Android and a battery that lasts more than a day – there’s not a lot to complain here.

Yes, it does miss out on a few features that rivals have on offer such as a fingerprint scanner. You’ll find more budget offerings from Chinese and domestic manufacturers that offer flagship-like specs. But one can’t deny the brand value and utility the Moto G4 offers. Moreover, you can easily buy one on Amazon. Saves you one from the hassle of going through the rather fussy flash sales model adopted by many Chinese manufacturers.