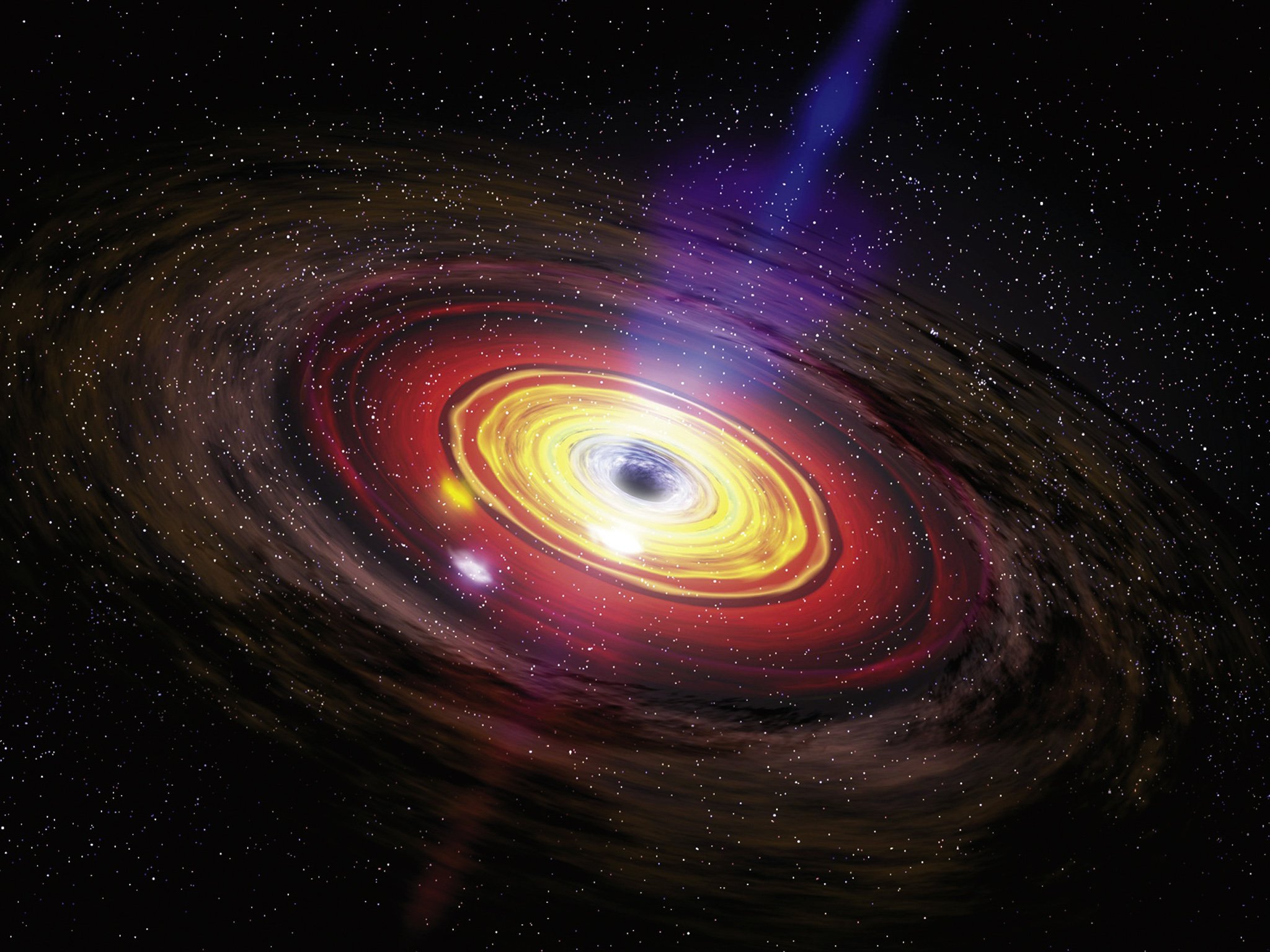 Credit: NASA/Dana Berry/SkyWorks DigitalCaption: An artistÕs conception of a black hole generating a jet. Two million years ago the supermassive black hole at the center of our galaxy was 100 million times more powerful than it is today.

Black Holes are elusive cosmic bodies which hide behind gas and dust and are invisible to most telescopes. However, supermassive black holes lurking behind gas and dust at the centers of nearby galaxies give themselves away when the material which they feed start emitting high-energy x-rays which NuSTAR mission picked up.

Using the data obtained from NuSTAR (Nuclear Spectroscopic Telescope Array), astronomers were able to unearth two supermassive black holes present at the center of galaxies. These black holes are near our Milky Way Galaxy. In words of a researcher Ady Annuar, affiliated with Durham University in the United Kingdom, it is just for monsters under our bed which we have not been able to discern.

Most Black Holes are present at centers of galaxies forming what astronomers call the active galactic nuclei composed mostly bright objects which include quasars and blazars. It is not possible to visualize these galactic nuclei because of all the gas and the dust which surrounds the central engine. The galaxy in question is called IC 3639 which is some 170 million light years away.

The researchers compared the NuSTAR data from the data obtained by the NASA’s Chandra X-Ray Observatory and the Japanese Suzaku satellite. The astronomers also focused on the NGC 1448 and discovered that the galaxy had a column of gas hiding in the central black hole. It could be a part of the spindle-shaped region. The emission of X-rays from NGC 1448, as seen by NuSTAR, suggests that there could be a significant layer of gas and dust in the IC 3639 hidden from the line of sight. The researchers also found that some young stars were present in the NGC 1448 suggesting that the birth of new stars and the feeding of gas and the dust by black holes occurs simultaneously.

The findings of the researchers were presented at the American Astronomical Society meeting in Grapevine, Texas.