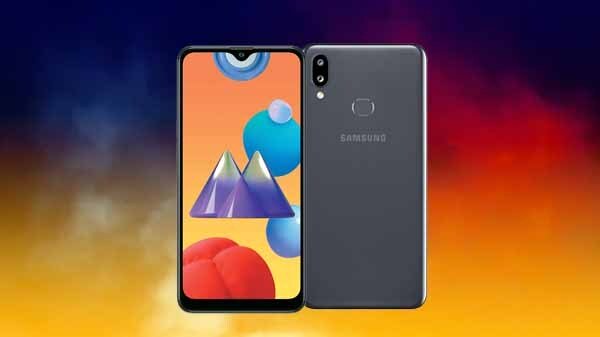 Samsung has reinforced its position in the entry level budget smartphone segment in India with the new Galaxy M01s smartphone. The phone comes across as further evolution of the base Galaxy M01, which should explain the several similarities the phone enjoys with its predecessor.

On the front, there is the 6.2-inch HD+ TPT panel upfront, with the Infinity V-Cut notch at the top housing the selfie cam. The front looks nice thanks to the minimalist bezel all around, save for the rather thickish chin at the bottom.

Powering the phone is the octa core MediaTek Helio P22 processor that is paired to a 3 GB RAM and 32 GB of storage. That also happens to be the only version the phone is available in. Meanwhile, you have the option to add another 512 GB of storage via microSD cards. For optics, there is the dual camera module at the rear comprising of a 13 MP primary sensor and a 2 MP secondary camera. For selfies, there is the 8 MP camera housed within the front notch.

Power comes from a 4000 mAh battery, which should provide for decent backup times. Connectivity options include Wi-Fi, 4G LTE, and Bluetooth. Other salient features of the phone include a rear mounted fingerprint sensor though there also is the face unlock feature as well. A Dolby Atmos powered surround sound system makes the phone quite an entertainment device.

Coming to price, the new M01s can be yours for just Rs. 9,999, which marks an increase of Rs. 1000 over the M01 priced at Rs. 8,999. Color options with the phone include a shade of Light Blue and Gray. The phone can be bought from both the Samsung online retail channel as well as the Amazon India site, along with a few other online and offline outlets as well.