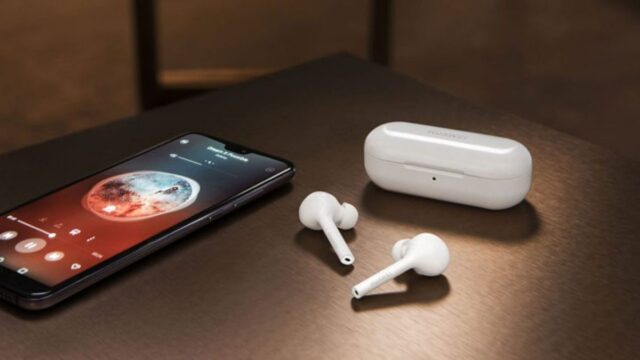 It is turning out to be the season of Truly Wireless Earbuds in India, and Huawei is the latest to join the bandwagon. However, the company isn’t letting it all out about its forthcoming offering in this segment, even though popular opinion is that it is the FreeBuds 3i that the company will be launching in the country.

Unfortunately, that remains unconfirmed, along with all the other features that the TWS earbuds are expected to come with. That said, if you are too keen to know more about the device, the company has come up with a fun way to know it all. For Huawei has revealed a crossword puzzle that contains the keywords related to the features the earbuds will come with.

Here's a fun activity – Spot as many words as you can from the crossword and guess what's cooking in our mind! Share your answers with us now.

Tip: All the words are either features/keywords related to our next big surprise!#HuaweiIndia #ComingSoon #Puzzle pic.twitter.com/bTKQx9PYlJ

Going through the puzzle, a few words are almost too hard to miss. Those include terms like Noise Cancellation, Earphones, Pure sound, Battery Life, to name only a few. The only thing that the company shared in its tweet is that the keywords that the puzzle contains relate to the next audio device they intend to launch in the county.

As for the FreeBuds 3i, Huawei had introduced the earbuds in May 2020 in the UK. It was priced GBP 90, which roughly translates to about Rs. 8,500. Specs include 10 mm dynamic drivers along with a three-microphone system, with two of them placed on one side and a single mic placed on the other side. Then there is the noise cancellation feature that Huawei said can cancel noise by up to 32 dB.

Further, each earbud hosts a 37 mAh battery, which can sustain operations for a max of 3.5 hours even when active noise cancellation is turned on. The charging case again can charge the earbuds for up to 14.5 hours and comes with a USB-C port for getting itself charged.

The Freebuds 3i is available in shades of ceramic white and ceramic black and connects to the mother device via Bluetooth 5.0. Another cool feature of the earbuds includes its capacitive touch sensitive zones where you can touch to control audio playback.

Keep watching this space for more on this as it evolves.