Huawei has unveiled its latest flagship smartphone offerings, the Huawei P40 Pro and P40. Both the versions flaunt sleek looks and clean lines that make it quite a looker. Huawei is also claiming the beauty is skin deep, which means the new P40 series is as much about substance as it is about looks.

Mention must also be made about the superb camera setup that the P40 Pro comes with, which makes it sit right at the top among the other biggies in the business, namely the likes of the Samsung S20 Ultra, the iPhone 11 Pro Max or Huawei’s own P30 Pro.

We pitch the four smartphones to find out which stands where in a face-to-face competition.

All four phones boast of exemplary build quality and design that can turn heads around. Of these, the P30 Pro might seem a bit odd given that it happens to be the company’s last year flagship model while all the other are the latest that the respective manufacturers have to offer.

The Huawei P40 Pro too employs a similar build comprising of a glass front and back with an aluminum frame bolting the two sides together. Huawei is also calling it the Overflow display where the metal four corners sort of curving up on the display. A not too significant design aspect but nonetheless, it does look nice, especially with the display that gets curved to the sides.

The display also comes with a pronounced punch hole for the front cam. However, with efforts currently underway to minimize the punch hole, the P40 Pro stands out with its massive cut-out, which does look a bit ungainly, so to speak.

In this respect, the iPhone 11 Max Pro continues with the same basic looks, which includes a notched display on the front but has three cameras at the rear this time, a first for any iPhone so far. Also, it’s a glass front and back design theme for the top-end iPhone, with a stainless steel frame holding the two sides together.

The Galaxy S20 Ultra too has the same glass front and back with an aluminum frame holding the two together. The display also gets the curve-treatment along the side and it does impart a definite character to the phone. Couple it to the rather diminutive punch hole at the top center and the new S20 Ultra is clearly among the best looking flagships out there. 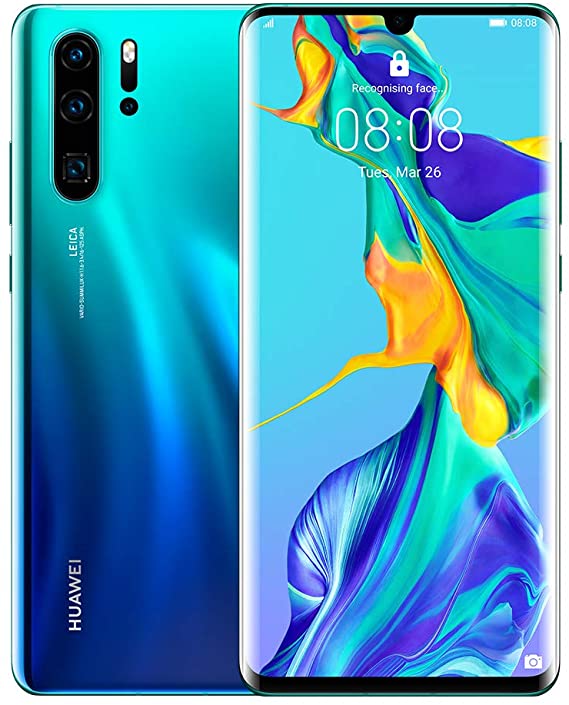 In comparison, the P30 Pro might be a generation old but still has that freshness to its looks. That has much to do with the dominating front display with a water-drop notch at the top and a slim chin at the bottom. The display too has that curved feel along the sides which makes it look all the more alluring.

The iPhone 11 Pro Max is slightly smaller with a 6.5-inch Super Retina XDR OLED screen. The display lit up by 1242 x 2688 pixels complies with HDR10 tech and boasts of 120Hz touch sampling.

The Galaxy S20 Ultra has the biggest display, it being all of the 6.9-inches. Also, it happens to be an AMOLED panel having a resolution of 1440 x 3200 pixels, besides complying with HDR10+ tech as well. The display also has a refresh rate of 120 Hz at FHD resolutions allowing for super-smooth scrolling operations.

The Huawei P40 Pro is built around the HiSilicon Kirin 990 chipset that has been built as per the 7nm manufacturing process and comes with an integrated 5G modem. The processor is also aided by the Mali-G76 MP16 GPU. You also have 8 gigs of memory along with 256 GB of native storage.

For the Galaxy S20 Ultra, it is the Snapdragon 865 SoC that does the processing together with the Adreno 650 GPU for the US version. Elsewhere, it is the Exynos 990 and Mali-G77 MP11 GPU combo that powers the Samsung flagship. Memory and storage options range from 12 GB/ 128 GB to 16 GB/ 512 GB for the top-of-the-line model.

Powering the iPhone 11 Pro Max is the company’s own proprietary A13 Bionic chip and 4-core Apple GPU. Storage options range from 64 GB for the base model to 512 GB for the top-end version, with memory being the same 4 GB for all models. That again may not sound too much, but you have to see it to believe how slick the top order iPhone really is.

It is here that the battle gets really interesting, what with each of the smartphone vying for the top spot, and rightfully so given the superb camera specs each phone boasts of.

The P40 Pro features a 50 mp f/1.9 primary camera that boasts of omnidirectional PDAF and OIS. Further, there is the 12 mp telephoto lens having 5X optical zoom, a 40 mp ultra-wide-angle lens and a 3D ToF sensor to complete the rear camera setup on the latest Huawei flagship.

For selfies, the P40 Pro comes with a 32 mp f/2.2 front shooter accompanied by a 3D ToF camera and an IR sensor. Then there also are the ambient and proximity sensors all packed within the punch hole on the top left, which should explain its rather expansive looks. 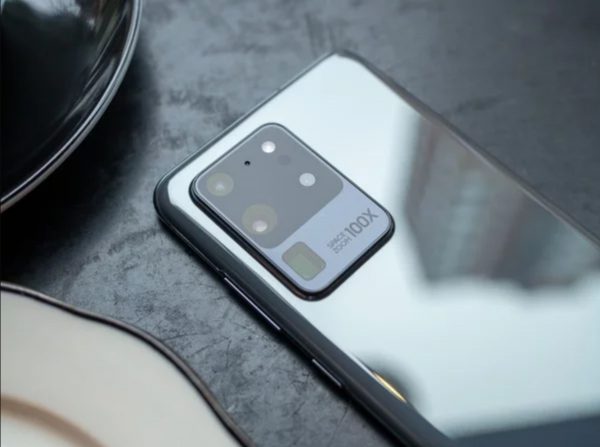 The S20 Ultra comes with a massive 108 mp f/1.8, PDAF primary camera that also benefits from OIS for steady shots. Then there also is the 48 mp telephoto lens capable of 100x hybrid zoom, a 12 mp ultra-wide-angle camera as well as a 3D ToF sensor.

There also is the 40 mp f/2.2 selfie camera peeping from behind the punch hole.

The phone otherwise is capable of recording 8K videos at 24 fps or 4k at up to 60 fps. The selfie cam too can shoot 4K videos at 60 fps. 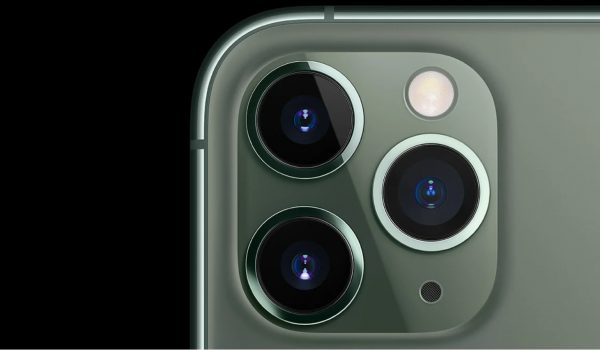 The iPhone 11 Pro Max really impressed with its camera capabilities thanks to its three-cam setup. That comprises of a 12-megapixel f/1.8 dual pixel PDAF primary cam that also supports OIS, a 12 mp telephoto lens capable of 2X optical zoom and yet another 12 mp f/2.4 ultra-wide-angle camera for landscape shots.

The phone can shoot 4K at 60 fps, something that applies to the front cam as well. 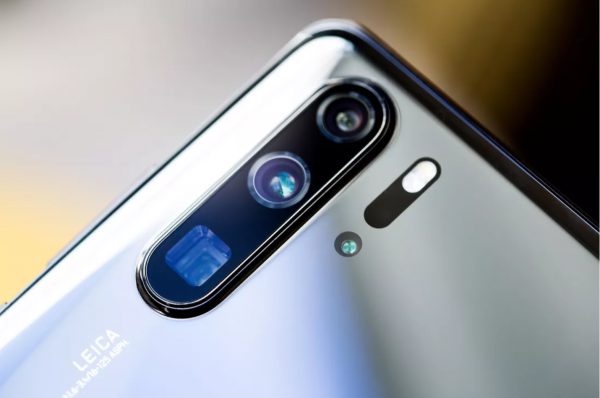 For selfies, you have a single 32 mp f/2.0 camera sitting within the waterdrop notch.

The P40 Pro is backed by a 4,200mAh battery and 40W wired and wireless fast-charging.

For the iPhone 11 Pro Max, it is a quite modest 3,969mAh battery that keeps the thing going and is supported by 18W fast charging.

The P30Pro, in turn, comes powered by a 4200 mAh battery supported by 40W fast charging.

So, there you have it. Each of the phones discussed here has its own strengths. They are the best that the respective manufacturers have to offer, and the phones do speak for themselves, they are so good. However, picking one that would be the best among the rest would be next to impossible. That’s because each one of us has varying needs and choices.

For instance, those who decry Android naturally have the iPhone 11 Pro Max to go for. And the phone is one of the best iPhone iterations we have ever had. If the sheer performance and features of the phone isn’t enough to blow your minds off, the superb camera can be reason enough to opt for the phone, something that applies to even the most ardent Android fans.

The latest Huawei P40 Pro can also be a nice choice who’d like to have a flagship phone but at prices that won’t burn a hole in your pockets. It has got all the right features and boasts of exemplary performance. Camera performance too is of the highest order, all of which makes the new P40 Pro one of the best new flagship phones you can buy at the moment.

The P30 Pro, as already stated, still has that feel of freshness in its looks. However, with its successor around, the phone suffers from being termed old, even if that is by just a year. Nonetheless, there is a good chance of picking up the device on the cheap; more so when it still impresses with its performance and features. The P30 Pro also comes with a nice camera too.

As for the Galaxy S20 Ultra, this can be the device to go for if the price isn’t an issue for you. It’s pricey and can be the best bang for your buck given the well-rounded package it comes across as. Be it the blazing performance or the stylish looks, the S20 Ultra has it all. Top that off with the excellent camera it comes with and you have one of the best Android flagships to opt for.