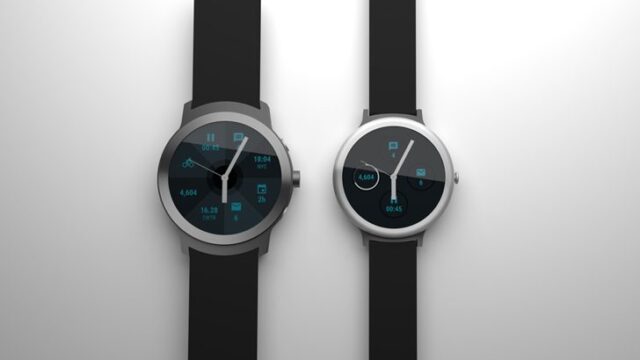 Google Inc. is being speculated to be working on two upcoming smartwatches. The Nexus branded smartwatches is rumoured to be named as Swordfish and Angelfish.

The revealed rendered photographs of the smartwatches show both of them featuring circular displays. The Angelfish is the larger variant and the Swordfish is the smaller one.

The smaller smartwatch Swordfish is presumed to feature a 42mm display. It shares similar appearances with the Pebble Time Round smartwatch, but with a much thinner bezel. The Swordfish is rumoured to be fairly slim with a thickness of 10.6 mm. Powered by Android Wear 2.0 with integrated Google assistant, this watch will be void of the interchangeable band functionality of Google. The smartwatch will also come without a Global Positioning System (GPS), heart rate sensor, and inbuilt cellular connectivity.

The bigger sibling Angelfish will be a much more premium and come with numerous extra features. Angelfish is presumed to have a premium build quality like the Moto 360 smartwatch. It will also come with GPS functionality and support interchangeable bands from Google. The flagship smartwatch will also include a standalone cellular connectivity with LTE support. Angelfish will additionally be equipped with a heart rate monitor. It will also run a Google assistant powered Android 2.0 on a larger 43.5 mm display.

Also Read: Google to reportedly launch its own Android smartphone by 2016-end

The faces of the smartwatches in the rendered images demonstrate the new customizable Android 2.0. The watch face is very well designed having all the details like time, email notification, steps calculation, stock prices, messages, etc. in a very attractive classical watch dial.

The watches will have premium finish termed “Titanium” with a right-hand side button. The bigger and more premium Angelfish will come with a higher price tag than the Swordfish.