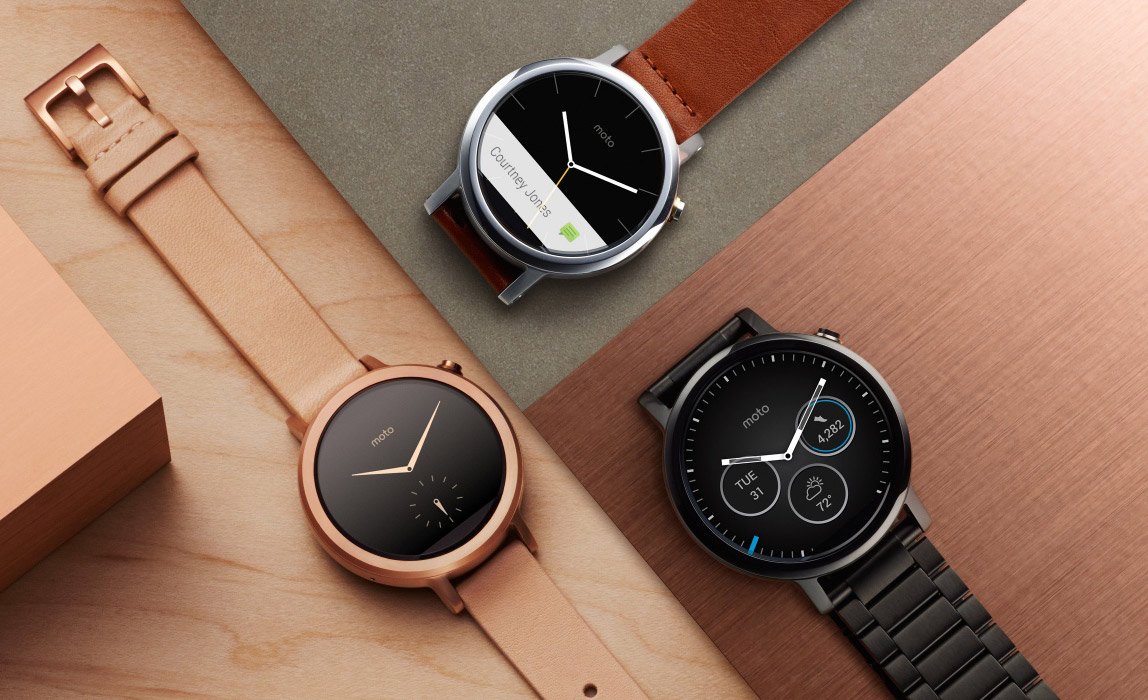 Moto 360 (2nd Gen) offers support for water and dust protection with the help of IP67 technology. The device is compatible with both Android and iOS platforms.

The exclusive Live Dials feature enables you to work quickly with shortcuts for those apps you use most. Android Wear powers the Moto 360 device. It includes several apps such as Gmail, Google keep and Google Calendar. You will be able to access your email directly from the watch and also provides an ability to sync with your Google music player.

Moto 360 (2nd Gen) wearable device provides support for Moto Body, which enables you to count the number of steps and calories burnt throughout the day. The smart watch also includes an optical monitor sensor to keep track of your heart rate.

Motorola has designed the watch in such a way that the screen automatically adjusts to the surrounding brightness. The 300mAh battery is capable of providing two days of backup time.

You can configure the device in such a way to receive important notifications such as missed calls and text messages. It is also possible to get your work done by speaking over the watch in addition to responding to messages with your voice.