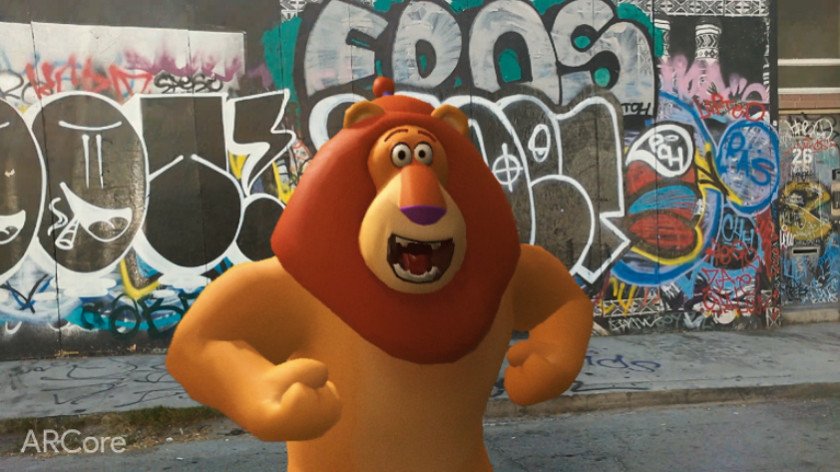 Today, Google has finally marked the official debut of ARCore, a revolutionary initiative to bring smartphone-integrated AR experiences to the Android users like never before.  Named as ARCore, the new will produce augmented reality applications for smartphones, running the Android operating system.

Today, with the official announcement, the search engine major Google (GOOG) has officially landed itself in the on-going battle of bringing Argument Reality features to smartphones. After months of Apple Inc. announced to launch its AR tool, called ‘ARKit’ for Apple devices, today the tech giant Google has officially launched its first AR-integrated tools for bringing AR apps on Android devices. Previously Tango was the only best way of Google to experience robust AR projects functioning.  But that required additional cameras and ultra-powerful sensors on high-end smartphones to bring things into action.

Now, with the introduction of new ARCore, Google has made Argument Reality a household option for users with Android smartphones. With the launch of ARCore, Google now aims to democratize the augmented reality for the ecosystem of Android by providing a software-only solution. As said by Clay Bavor, Vice President of Augmented and Virtual Reality at Google, during an interview, “ARCore is an SDK for developers to develop exclusive AR experiences on smartphones with Android OS. ARCore is a software-only solution for bringing AR apps to the smartphones. So basically what we are trying to do is to bring as much of the integrity of Tango onto the broadest range of AR devices.”

For now, Google has launched ARCore for only Samsung’s Galaxy S8 and Google’s homespun Pixel smartphones. Pixel handsets which are currently running on Android Oreo and Galaxy S8, running on at least Android 7.0 Nougat will be upgraded with the new AR-integrated tool for inducing AR apps. Among other devices and brands, Google has targeted smartphones from LG, Huawei, and ASUS which will be upgraded with firm’s new AR system in the coming months.

As stated by Google in a statement, ARCore is developed with an intention to make the development of AR applications as easier as possible and for making this procedure effortless, the ARCore will work on platforms like Java/OpenGL, Unity, and Unreal from its beginning day itself. The fundamental principle of ARCore is to leverage three core principles, and they are Motion tracking, using the camera of the phone, to detect horizontal surfaces and gain environmental understanding, and estimation of light in the environment. For now, Google aims at making ARCore available to more than 100 million users globally and later the figure is estimated to go upward.

Back in June, American multinational Apple Inc. announced its first AR model – ARKit for smartphones, running on iOS platform. The AR Tool of Apple is expected to mark its debut with the launch of iPhone 8 and the public roll out of iOS 11. It means, it will be a race between Google and Apple to get lion portion of users for their respective AR tools.