Apple’s new operating system; the iOS 11 is coming with an interesting feature known as Blue Status Bar. It allows users to monitor those apps which frequently use location while running in the background. This remarkable feature gives a better understanding to the user that how and to what extend these apps are using the user location.

How does it work? Well, when a user quits and comes out of an app by pressing the home button, the Blue Status Bar appears on the home screen which warns the user about that particular app which is actively using the location of the user in the background. Users know that when GPS location is active, battery life can be affected. So by notifying about the location service that is being used by a particular, Apple wants the user to choose the choice of apps accordingly and save the battery life based on the information provided by this latest feature. 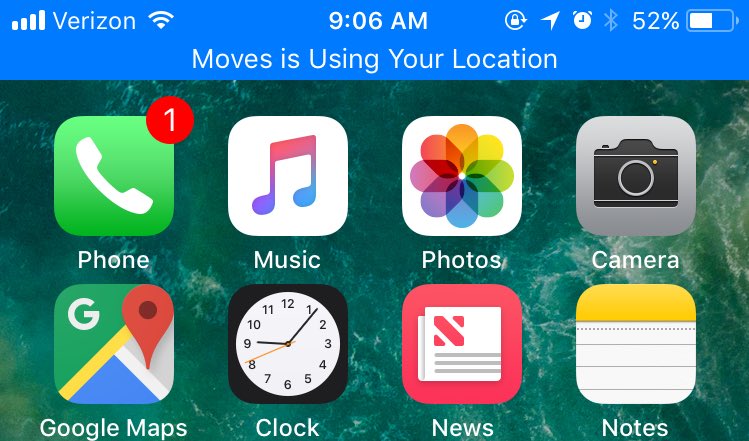 Previously in iOS 10, users would know if an app is using their location by a small arrow icon that appeared at the top right corner of the home screen. This arrow would be either hollow or solid, based on which location services were being used. Most services would result would display a solid arrow both on the home screen and in iOS Settings. However, this representation does not show the intensity up to which apps are accessing user’s location.

The Blue Bar functionality will allow users get informed about the apps using their location far more frequently now. Nevertheless, accessing the user’s location is the big business concern for the app’s developer and with this latest iOS 11 offering, there seems a slight issue in accessing the location in the background.