Home News Check if you are eligible to buy Apple iPhone SE for Rs.... 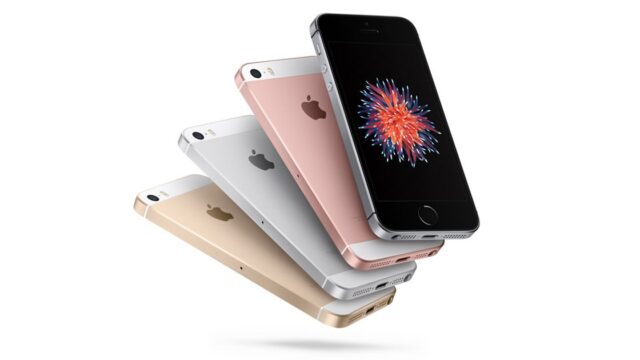 Apple has announced iPhone monthly leasing plan for corporate users starting at Rs. 999 per month. As part of the business leasing program, iPhone SE (16GB) is available at Rs. 999, iPhone 6 (16 GB) for Rs. 1199 and iPhone 6S (16GB) at Rs. 1399 per month. The cost of the devices procured under the corporate leasing plans are to be paid for two years for all the three models.

From the image released by Apple with the title “Moving business forward”, we can infer that the contact point is the domain addressed with icloud.com, which is part of Apple. Apple has not disclosed as to through which bank they have established partnerships and through whom corporate users can buy iPhones under monthly leasing plan.

Apple, meanwhile, has not yet revealed who will be classified and tagged as corporate customers. It is not clear as to whether the benefit will be available for individuals working at corporate houses or companies who place orders for iPhone in bulk quantities.

More clarity is also required to know about any possible penalty in case of failure to pay the lease amount. Moreover, the company has not revealed under whose name the device will be registered till the end of the lease period and also regarding the issue of any down-payment for taking the iPhones on a 2-year contract.

See Also: [Video] Apple iPhone SE takes hell of a beating but what happened after that is freaking

Apple also revealed that users enrolled in the corporate plan will be able to switch quickly between different iPhone models by paying the difference in the amount at any given point of time.

Aimed to provide iPhones at an affordable monthly price, the corporate leasing plan is similar to that of the packages offered in western countries in association with telecom operators.

Even though the corporate leasing package sounds attractive, there will be hidden conditions in the Apple T&C. Hence, you should read them carefully before opting to buy iPhones under this plan.