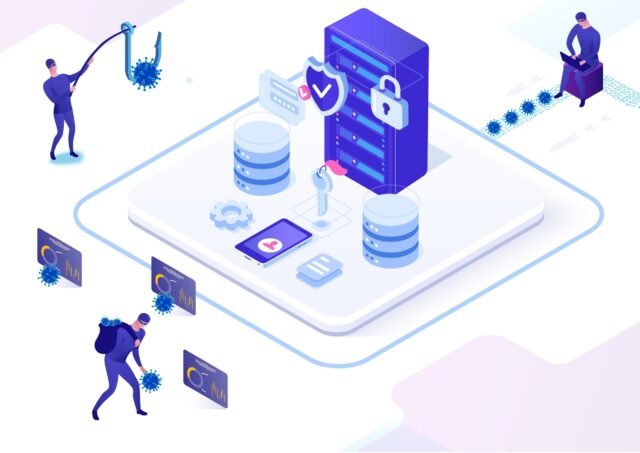 The world of technology has been sabotaged once again, amid news that WhatsApp users have been experiencing a new form of scam, potentially hijacking their accounts through a single phone call, exposing personal information such as private messages and contact lists.

As users become savvier to scams, it would appear cyber-attacks on mobile technology is becoming increasingly sophisticated.

A decreased battery lifespan is common the longer you have a phone. However, if your phone is relatively new, and in good condition, there’s a strong chance that if your phone has been hacked, you’ll notice your battery decrepitating significantly.

Reason being is that malware has been installed on the device, which secretly utilises your phone’s existing resources and apps, transferring any data back to the hacker or the server.

Your phone gets hot

It’s inevitable that overuse on your phone could result in it feeling a little warmer than usual. Whilst this is relatively normal, a tell-tale sign of your phone being hacked is that your device becomes hot without this excessive use. This is again because a hacker will have installed malware running in the background, which results in added activity, causing your phone to become too hot.

Some tell-tale signs may not be as obvious, but if your phone has been hacked, you might notice a lot of background noise, during a phone call or when your audio is on. This could be a sign someone is listening to your conversations, or a hacker has accessed your device.

Pop up ads are relatively normal, and we won’t often question their authenticity. However, the time to start questioning if you’ve been hacked is if you start to notice constant pop-up ads, where adware has been triggered which forces the device to click on pages that drive revenue. You must also avoid clicking on any links that ask for personal or financial information if not vetted or recognised.

Likewise, if your browser looks strange and every website you visit doesn’t look right, or you’ve been redirected to other sites, then the chances are you’ve been hacked. Again, best to always change passwords and uninstall any programmes you don’t recognise.

Like with anything, the minute you download something a little ‘dodgy’, your device is bound to slow down, frequently freezing, crashing or just glitching. The same applies with malware, as again, it’s overloading the phone’s resources more than usual. You might also experience needing to force restart your device to close apps which show to be consistently running despite closing them.

Strong tell-tale signs your phone may have been hacked is an influx of unfamiliar numbers, text messages, and downloaded apps using your details. Be careful as this could signal you’ve been the victim of a data breach, and paramount you don’t answer or respond to anything. If you suspect unusual activity, block the caller, and report it as spam to your provider.

Another reason to avoid answering a number you don’t recognise is that often they’re costly numbers, with a high premium, of which all proceeds go directly back to the cybercriminal. So best to check your monthly bills as well.

Most mobile phone users will know roughly how much data they use per month on average. Any unusual spikes may signal malware on your phone. Some warning signs include large data files being uploaded and apps generally taking a long time to load. This can all come from spy apps or malware running in the background, sending information back to the server it’s coming from.

From social media apps to your emails, your personal data is vulnerable to hackers, and a clear warning sign your phone may have been hacked is suspicious activity on any linked accounts. Watch out for emails about your password being reset, or a security message about a new device being linked. Unless you have personally done any of these things, do not open any email, link, or app.

It’s best to change your passwords straight away by logging in on your online browser (outside of your device).

Your signal has disappeared

Known as a ‘porting attack’, this is when you receive a notification or message from your mobile phone provider about a change to your account you didn’t make. You will eventually lose signal altogether, as well as not being able to log into any bank accounts or your emails.

As soon as this happens, you must contact the police, saying you’ve been a victim of identify theft. And of course, contact your provider thereafter with the police report.