Top five smartwatches you can buy in India right now Picking up the right smartwatch can be a rather daunting task, given the plethora of options on offer. There are also plenty of smartwatches that are already in the works. For instance, the likes of Apple Watch 2 and Pebble Time 2 are expected to launch soon this year, further making you reconsider your options. Besides style, there are a few factors you’ll need to consider before picking a smartwatch that compliments your lifestyle, and also gives you added productivity.

In this list, we’ve compiled some of the best smartwatches currently available in India, to help you streamline your choices.

Since its launch, the Apple Watch has become a force to reckon with in the smartwatch business. With a potent combination of superb build quality and features, it has become one of the most desirable gadgets we’ve seen in years.

It comes with 8GB of inbuilt storage, wireless charging, Wi-Fi, Bluetooth, NFC connectivity and the 1.53-inch OLED display. Besides, there is a rich eco-system of apps for the Apple Watch in its dedicated app store, which further enhances its utility as a gadget.

The smartwatch is available across all major Indian e-commerce websites for around Rs.25,000.

Pebble Time needs no introduction. From the makers of the first smartwatch ever, Pebble Time has everything that made the original Pebble brilliant. Besides, it also gets some serious hardware and software upgrades such as the new color e-paper screen and the overhauled Timeline OS. It affordable, the battery life is impressive and is compatible with both iOS and Android devices.

The Pebble Time smartwatch is available on Amazon India starting at Rs. 9,890.

Samsung’s Gear S2 is by far, one of the slickest looking smartwatches we’ve seen in a long time. And with a tactile, rotating bezel in its armory, it gives you quick access to the watch features and interface. It offers standalone calling, fitness tracking, Maps and IoT connectivity, NFC and S-Voice and more.

The company says there will be over 1,000 apps designed specifically for the Gear S2. Also, the Korean manufacturer has joined hands with German automobile giant, Volkswagen, to create a new version of the Volkswagen app which gives you control over your car’s key features, provided your vehicle is IoT compatible.

The Gear S2 is available on Flipkart, Amazon and eBay in India starting at Rs. 22,400.

Hands down! The Moto 360 2nd Gen is one hell of a looker. Moreover, its one of the few smartwatches, which is compatible with both iOS and Android devices. The smartwatch is available in two bezel sizes; one gets a 1.37-inch LCD screen while the other comes with a 1.56-inch LCD display. 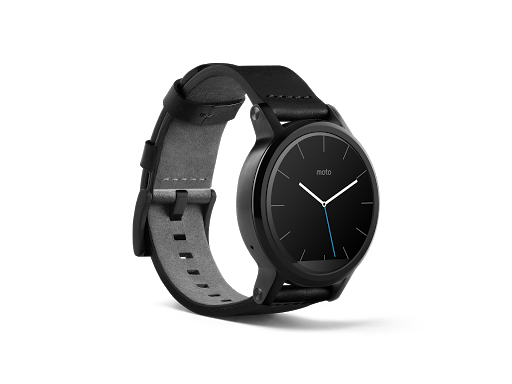 Other key specifications include a quad-core processor clocked at 1.2Ghz, 4GB of built-in storage and support for wireless charging. Connectivity options on the smartwatch include Wi-Fi and Bluetooth. The Moto 360 2nd gen is available across major online retailers in India starting Rs. 14,999.

For users on a budget, the Asus ZenWatch is a great bargain for both men and women. It comes with a 1.63-inch AMOLED screen, runs Android Wear OS, packs a quad-core processor clocked at 1.2GHz, 4GB of built-in storage along with support for Bluetooth and Wi-Fi connectivity.

Besides, there are also a plethora of strap options such as rubber, steel, leather, along with one from premium luxury fashion brand Swarovski. The Asus ZenWatch 2 is available Indian e-commerce websites starting at Rs. 8,999.

If budget is not one of your constraints, then the Apple Watch and the Gear S2 are the best options currently available. But if you’re looking for a feature rich and affordable smartwatch that runs Android Wear, the Asus ZenWatch 2 is the most sensible option for buyers on a budget.