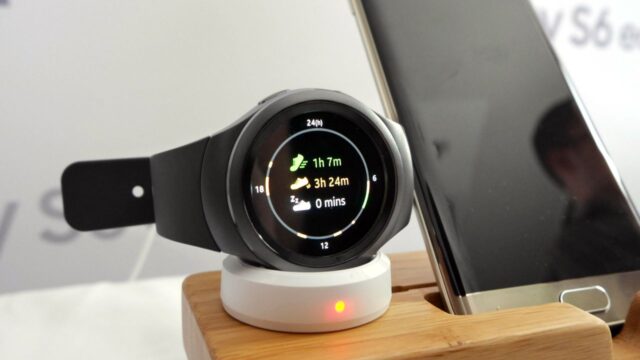 Samsung is all set to launch Gear S2 smartwatch in India along with Gear VR headset on 21st January, 2016 i.e. tomorrow at an event. Media invites are already being sent out by the company with a tagline ‘Witness Progressive Innovation’. Unfortunately, nothing has been mentioned about the Gear VR on the launch invite.

Samsung had launched this Tizen OS based Gear S2 smartwatch at IFA Berlin last year after which it was launched in many phases in several countries abroad.

The Gear S2 smartwatch features a 1.2-inch ‘full circle’ design, which is its most attractive feature. With its circular dial, users can quickly navigate as well as interact with the watch. It boasts of a 360 x 360 pixel Super AMOLED display along with a Corning Gorilla Glass 3 protection on the top.

The smartwatch is powered by a Samsung Exynos 3250 chipset coupled with a 512MB of RAM and internal storage capacity of 4GB. One can avail the smartwatch in 3 different variants – Gear S2 3G, Gear S2 Classic and Gear S2, each of which has different features.

Coming to the sensors, Gear S2 is equipped with a heart rate sensor, barometer, accelerometer, gyroscope, ambient light sensor and a GPS in its 3G model.

This smartwatch being IP68 certified is water and dust resistant and is fueled by a 250mAh battery, which lasts up to 2-3 days on average use.