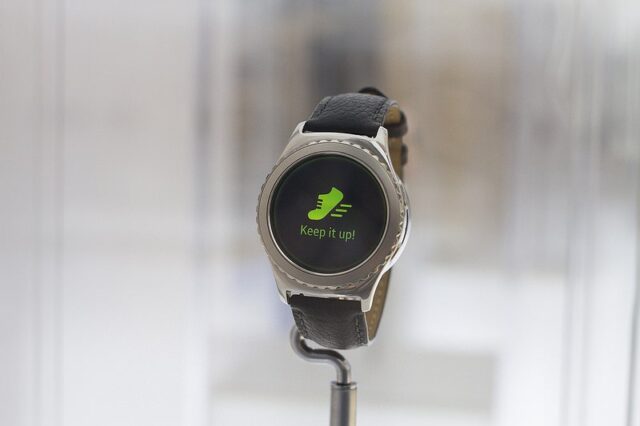 Rumors of platinum and 18 karat rose gold variants of the Samsung Gear S2 have been swirling around for quite some time now. As it turns out, those rumors are in fact true.

At CES 2016 in Las Vegas, these two new color variants to the Gear S2 have been spotted. The new colors will add a flavor of luxury and expense to the already wanton world of smartwatches.

The Gear S2 also comes with a variety of banding options, allowing you to customize your smartwatch to be as lavish or simple as you want it.

As far as software and usability, at the moment there is no difference between these new editions and the previous iteration of the Gear S2 (the black model). However, all Gear S2 devices will soon become compatible with Samsung Pay NFC payments, which means tap to pay will become a thing with these watches. The watches will not support NFC and MST together though, so they will only be usable with certain compatible devices, unlike your Galaxy S6 or other similar smartphone with mobile payments.

Pricing has not been officially announced yet, but everyone expects Samsung to price higher than the US $300 (about Rs 20,000) original model. It will likely be released sometime around March.