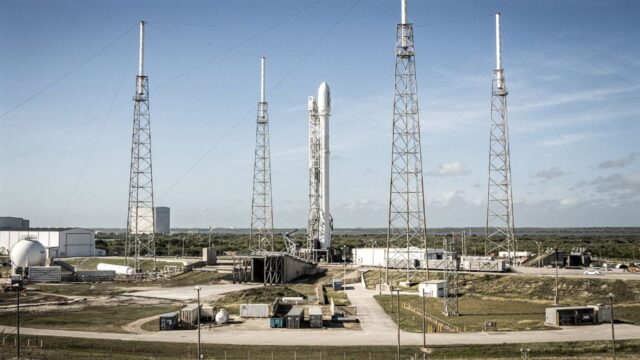 SpaceX’s Falcon 9 rocket first stage made a successful landing upright on solid ground at Cape Canaveral Florida. It was a culmination of efforts to start what will be a revolutionary new process of using reusable rockets in future.

The ‘SpaceX Falcon 9‘ rocket blasted off from the Cape Canaveral Air Force base on Monday with its cargo of communication satellites. The reusable main booster burned out providing the initial thrust before turning back and successfully landing back on its launch pad in a dramatic spaceflight first.

The successful mission delivered 11 satellites to its orbits for launch customer ORBCOMM Inc. The total flight lasted for just over 30 minutes, but it changed the face of space launches and rocket technology.It was a high point for privately owned Space Exploration Technologies, or SpaceX, founded by high-tech entrepreneur Elon Musk.

In June, a cargo ship carried by a rocket of the California-based company exploded on a resupply mission to the International Space Station.

It was a completely upgraded version of the 23 storey tall Falcon 9 rocket that blasted off in a flawless launch from the Cape Canaveral Airforce Base in Florida. 10 minutes later the nine engine suborbital main stage separated and later landed at its predetermined landing spot nearly six kilometers from the launch site. The upper stage continued its ascent to launch its payload.

A beaming Musk said that it was a great moment for rocket science. The ability to reuse rockets will considerably slash the costs in a segment that is increasingly getting competitive.

As soon as the employees of SpaceX saw the live footage of the first stage booster lower itself on its predestined spot majestically, they broke into loud cheers. It was a picturesque finish to a process that had more failures than success to its credit.

Elon Musk was often described as a maverick who was attempting a utopian task. However, it was Musk who had the last laugh.