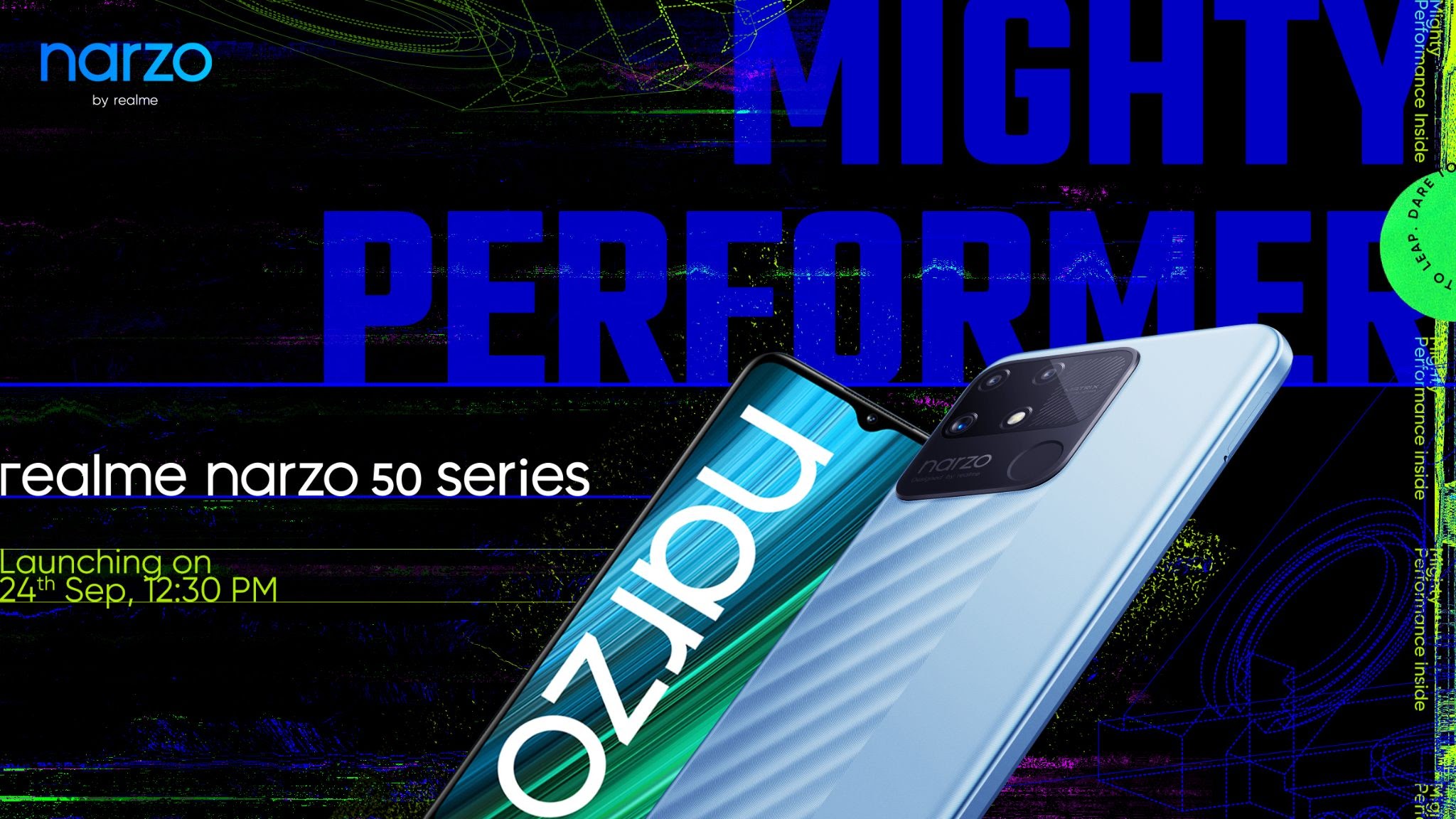 Realme has a slew of new devices lined up for launch in India. These include the Realme Narzo 50 series smartphone, Realme Band 2, and the Realme Smart TV Neo 2. The Chinese company said the new range of smart devices will carry forward the company ethos of offering the best-in-class products that are trendsetting and offer the latest in technological advancements. All of the new devices will be releasing at an online event planned for September 24, 2021.

Meanwhile, here is a low down on the Realme products set to be unveiled at the upcoming event.

The Realme Narzo 50A also features a 50 MP AI triple camera arrangement accommodated within an elaborate camera module on the rear. The same also hosts the rear fingerprint sensor too without making the entire thing look odd. Keeping the lights on is going to be a 6000 mAh battery to allow for sustained performance.

The new Realme band 2 will be coming with a bigger 3.5 cm color touch enabled display. Apart from a bigger size, the display is also going to be brighter too, with a max brightness rating of 500 nits. The display will have a resolution of 167 x 320 pixels, all of which will allow for better visibility even in direct sunlight conditions.

These apart, the new Realme Band 2 is going to be big on features as well. The fitness band will have the power-efficient GH3011 sensor on board, besides also incorporating a real-time heart rate monitor as well that Realme said is highly accurate in its functionality. Then there is going to be a feature to monitor blood oxygen levels too. All of this makes the new Band 2 quite capable of keeping a close watch on the user’s health.

Besides these, the Realme Band 2 will also feature 90 sports modes such as running, hiking and so on. Towards that, there is going to be a feature that will be keeping track of calories burned and active workout duration.

Catch up with the launch event on September 24 that is going to kick off at 12:30 P.M via the company’s official YouTube and Facebook channels.