Home News Pluto might have a Liquid Ocean under its surface, says Study 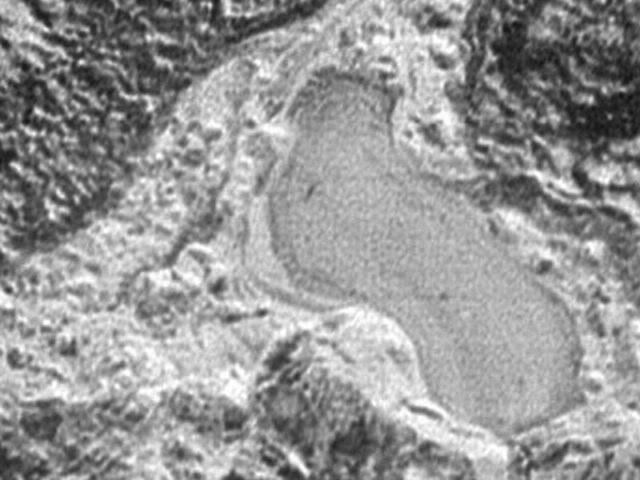 Researchers from Brown University have used data from the New Horizons space probe to indicate in a new study that a liquid ocean may be existing under the icy crust of Pluto. The spacecraft launched in 2006 have taken some close-up photos of the dwarf planet which reveals unseen conditions existing on this remote planet, unlike any other planet.

The spacecraft which flew passed Pluto almost a year ago focused on the southern part of the dwarf planet’s heart. This heart-shaped ice plain is being called Sputnik Planum by the scientists. The pictures reveal valleys twice as deep as the Grand Canyon and peaks that could rise roughly to 8,000 feet.

Commenting on this latest development Noah Hammond, a graduate student in Brown’s Department of Earth, Environmental, and Planetary Sciences, and the lead author of the study said, “Thanks to this latest data returned by New Horizons we can believe that Pluto most likely has a subsurface ocean. Other than this we were also able to observe tectonic features and were able to update our thermal evolution with this new data.”

Using data from the spacecraft, researchers have found that the surface ice would be composed of water, nitrogen and methane. Researchers also believe that the tectonic features point to a strong possibility of a subsurface ocean. The other factor contributing towards the possibility of an existence of subsurface ocean would be because of the presence of enough heat-producing radioactive elements within Pluto’s rocky core which may have melted part of planet’s ice shell.

Researchers pointed out that New Horizon saw extensional tectonics on the surface of the dwarf planet. It is only possible if Pluto has an ocean that was frozen or was in the process of freezing.

Further, the researchers also predicted that the Pluto ice shell was less than 360 kilometers thick. The close-up photos of the planet also reveal that the surface still has deep cracks which clearly indicates that the subsurface ocean may still be liquid. This new study also suggests that the cold, distant planet across the universe may help the scientists in understanding the habitation condition of those worlds too.