Home News Oppo rolling out the Android 10 based ColorOS 7.2 update for Reno... 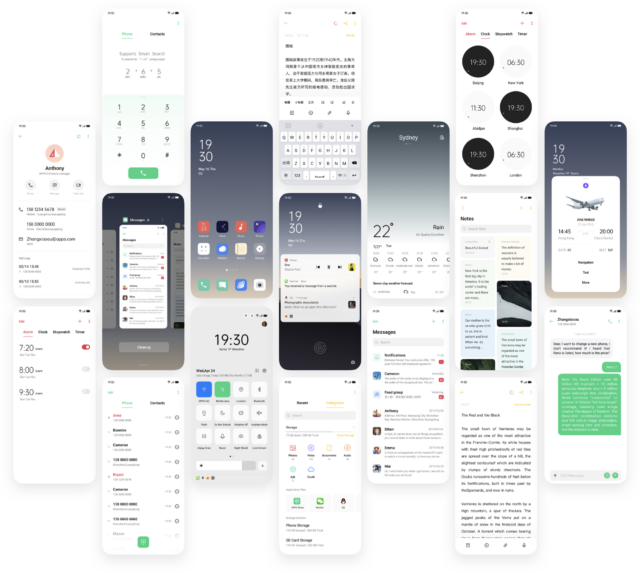 Oppo announced it is now offering the ColorOS 7.2 for the Reno 4 Pro smartphone it launched just days back. The new ColorOS 7.2 is based on Android 10 and comes with several new features and functions that make using the Reno 4 Pro as well as other compatible handsets a lot more efficient and convenient to use.

Oppo said the latest iteration of ColorOS 7 comes with all of the most used Google apps while still being quite light on the system. It also comes with several innovative features such as AI App Preloading, Super Power Saving Mode, OPPO Lab, Quick Return Bubble, to name a few.

One of the most significant improvements with the latest software is its ability to load apps faster, showing gains of 23.66 percent in the average app loading time. This has been achieved by using an intelligent AI algorithm that can predict the app you are most likely to use next. It can also predict when you are likely to use the app, and likewise, pre-loads the app, leading to better app load times.

The Super Power Saving Mode is another positive addition to the ColorOS 7.2, and from what the company is claiming, it can stretch things really far even with low battery capacity. Once the power drops to 10 percent and 5 percent, there will be a prompt to switch the Super Power Saving mode. With that done, you have a choice of only six apps to use to save power. Oppo is claiming 90 mins and 77 mins of usage available to do WhatsApp messaging and making calls available even with just 5 percent of battery left.

Mention must also be made of the Icon Pull-Down Gesture that will let you open apps even with one hand, which otherwise would have been quite tricky during one-handed usage. The Icon Pull-Down Gesture can be activated by swiping up along the left or right edge of the Home Screen so that the apps on the upper half of the screen is brought down towards the bottom for ease in usage.

The Lab Ringtone can also be considered an exciting development that allows you to create custom ringtones. Similarly, there is the Decision Spinner where you make decisions by the spin of a wheel. There are questions like ‘What do we eat today?’ or ‘Where do we go this weekend?’ while you can add your own queries as well.

On the whole, the new ColorOS 7.2 makes for a huge improvement over the predecessor as well as the base Android 10 platform and should make the new Reno 4 Pro a lot more efficient, and smart device for your everyday usage.