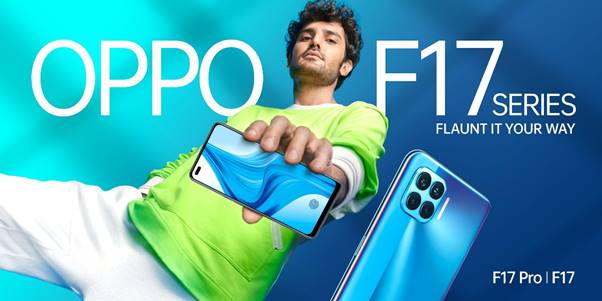 The Oppo F17 Pro is going to be the newest smartphone forthcoming from the Chinese manufacturer, one that carries forward the F series legacy of being a photographer’s delight. Towards that, the new F17 Pro comes with half a dozen cameras, with two on the front and a quartet of it at the rear.

However, Oppo is quick to point out the new F17 Pro isn’t just about its excellent camera capabilities. Instead, the company takes pride in calling it the ‘sleekest design of 2020’ thanks to its super-slim build. The phone measures just 7.48 mm and tips the scales at 164 g, making it one of the lightest phones around as well.

However, the one thing that Oppo will like its new F17 Pro to be known for the most is its capability to shoot the best portrait shots. That again isn’t just dependent on hardware – the phone does come with some great camera specs, though – there are some stupendous AI algorithms at work here as well to allow for the best possible shots in varying lighting conditions.

Specifically, the front camera setup comprises of a 2 MP depth sensor complementing the 16 MP primary camera. The camera comes with a Dual Lens Bokeh feature that makes use of both the front cams to produce accurate and precise bokeh effects. This is also applicable even when there are multiple people in the frame, with the bokeh effect continuing to be just as precise as ever.

The F17 Pro also boasts of AI Super Clear Portrait feature, which aids in portrait photography and is powered by AI facial reconstruction technology. Besides this, the phone also comes with AI Super Night Portrait that, as should be perceptible, allows for super clear shots even in seemingly dark conditions.

Another unique feature of the F17 Pro is its AI Color Portrait feature, where portrait mode and lowlight HDR algorithm collude to produce some exemplary shots even in low light conditions. Mention must also be made of the AI Beautification 2.0 feature, which Oppo said has been customized for Indian users and works to enhance the natural skin tones.

For the rear camera module, there is the 48 MP primary camera which, too is complemented by advanced AI algorithms to produce top quality shots in varying conditions. Among the other details we know of the phone include its 6.43-inch super AMOLED display on the front along with the 30 W VOOC Flash charge that it comes with. Other details are awaited though fortunately, the phone is also set for launch in India soon, sometime in early September itself.

As for its price, it likely will be priced below Rs. 25,000. Watch this space for more on this as it evolves.