NVIDIA GTX 1080 GPU based on Pascal architecture launched at $599 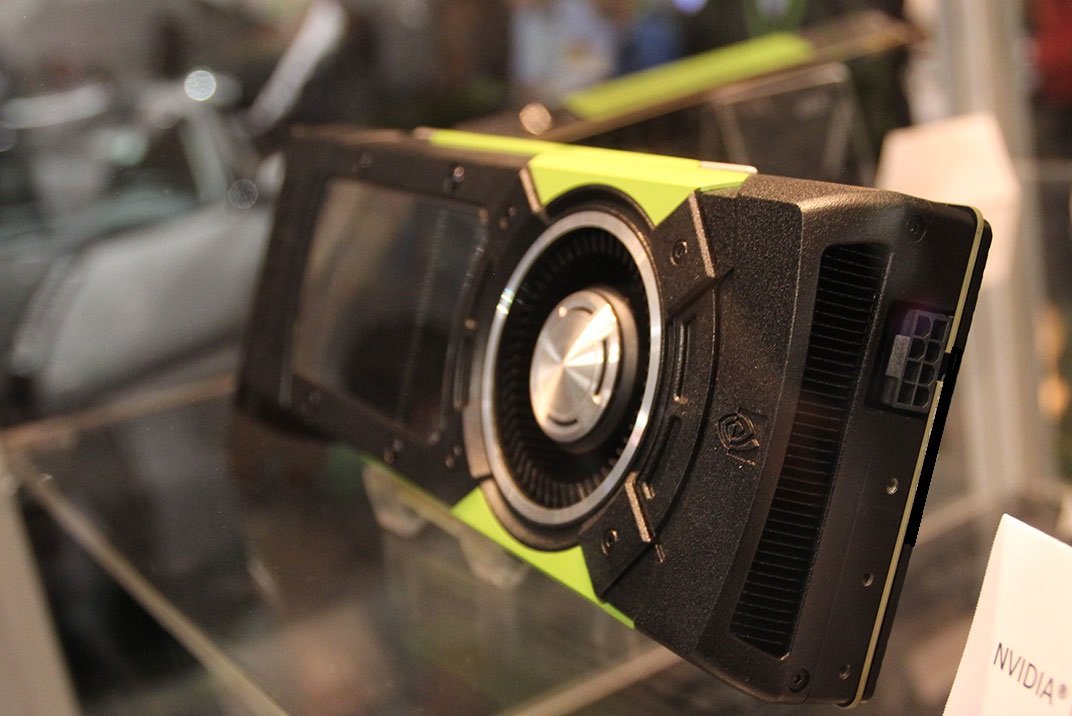 NVidia has announced the launch of its next generation Pascal based graphics card named GTX 1080 at $599. The card is expected to hit retail stores on May 27. Announcing the launch of the new card, the Silicon Valley-based chip company revealed that the newly released GTX 1080 is twice as fast as its current premium flagship graphics card – Titan X.

Touted to be used with server systems for the purpose of artificial intelligence and other similar applications, the GTX 1080 card only consumes one-third of the total power than Maxwell based Titan X.

Commenting on the launch, Jen-Hsun Huang, Chief Executive Officer, NVidia disclosed that the new GTX 1080 is the result of the research carried out by its R&D team over the last three years. The company has so far spent nearly billions of dollars in their quest to develop a powerful graphic card without sacrificing power consumption.

Huang further stated that the technical benefits of GTX 1080 GPU cannot be described in one word. However, he described it as “The 1080 is insane” at the launch event in Austin, Texas. The GTX 1080 is an irresponsible amount of performance, adds Huang before a large gathering of journalists and tech enthusiasts.

With support for up to 7680×4320 display resolution, the GTX 1080 offers multi-projection, VR, Ansel, SLI ready, G-Sync, GameStream, DirectX, Vulkan API, OpenGL and much more. The card is capable of withstanding up to 94-degree celsius temperature.

The launch of GTX 1080 is seen as an attempt by NVidia to provide the much-needed boost to upcoming games and developers. Moreover, its rival AMD has recently released Radeon Pro Duo at $1499 with dual-chip architecture.

As per the information available, the GTX 1080 GPU is expected to be available in both standard and founders edition including a separate package for VR ready devices.