Microstar International popularly known as MSI is a Taiwan-based computer hardware manufacturer who initially manufactured motherboards but eventually shifted to video cards, and they have given stiff competition to other manufacturers.

Nvidia has again created a graphics card targeted at the much popular gaming-PC resolution of Full HD. Based on the Maxwell architecture, the GTX 960 is said to be a mid-range level card capable of handling 1080p resolution with ease. 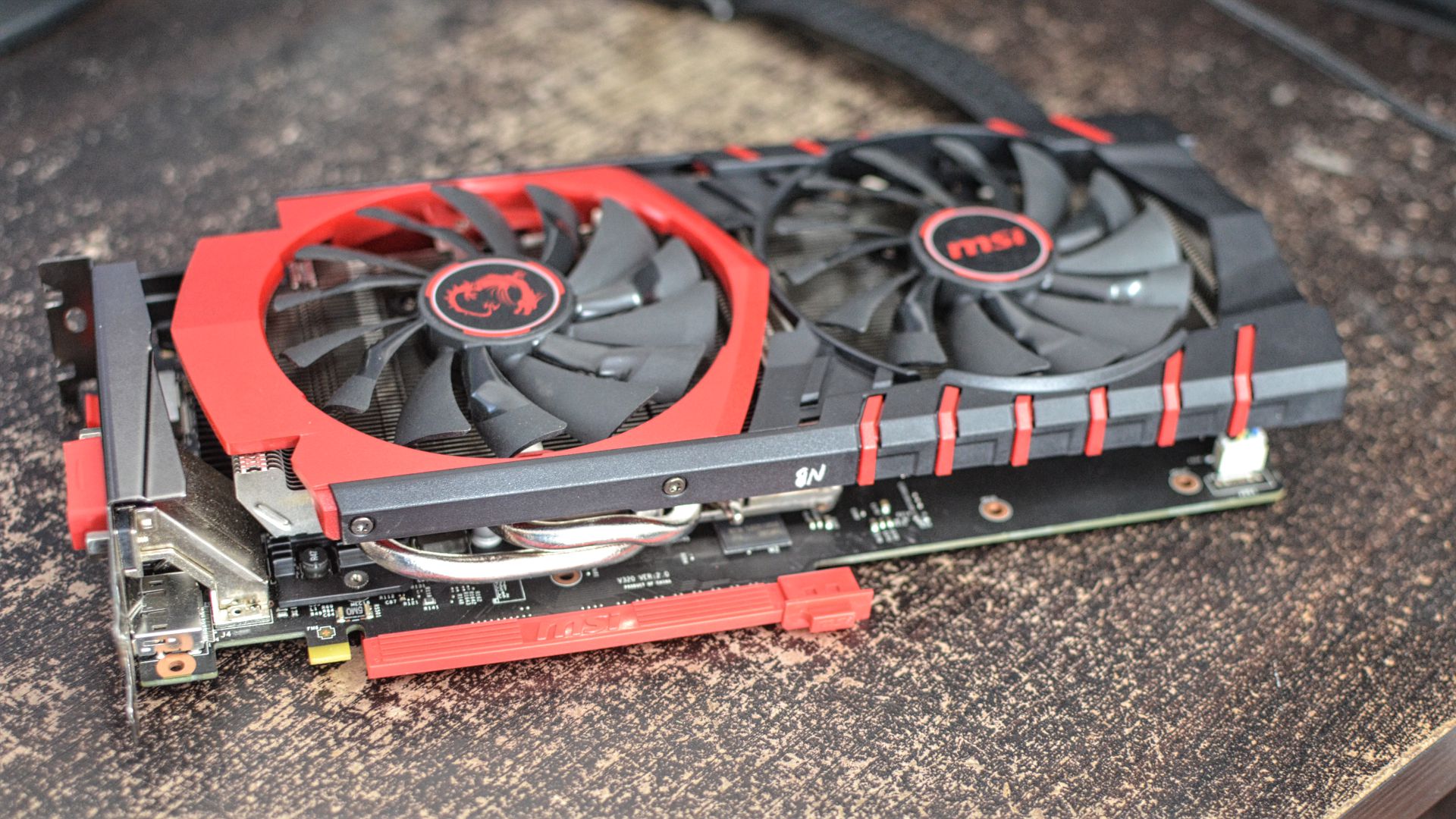 The graphics sports the usual red and black bi-colour theme with the dragon symbol and the MSI logo as seen in most of the Gaming series products. The GTX 960 Gaming 2G from MSI comes with MSI’s groundbreaking Twin Frozr V cooling system. The cooling system consists of two Torx fans of 10.1cm diameter. There is a combination of two different fan blades being used, one is the traditional fan blades which are designed to push air downwards and maximize air circulation using the dispersion blades.

In order to enhance dissipation efficiency the company has added Twin Frozr coolers to the all new Airflow Control technology thereby guiding more airflow directly onto the heat pipes with the use of special deflectors on the heat sink. The ‘Twin Frozr V Thermal Designs’ comes with ‘ZeroFrozr’ technology which helps to eliminate the continuous hum of fan noise thereby making the gaming experience more enjoyable. 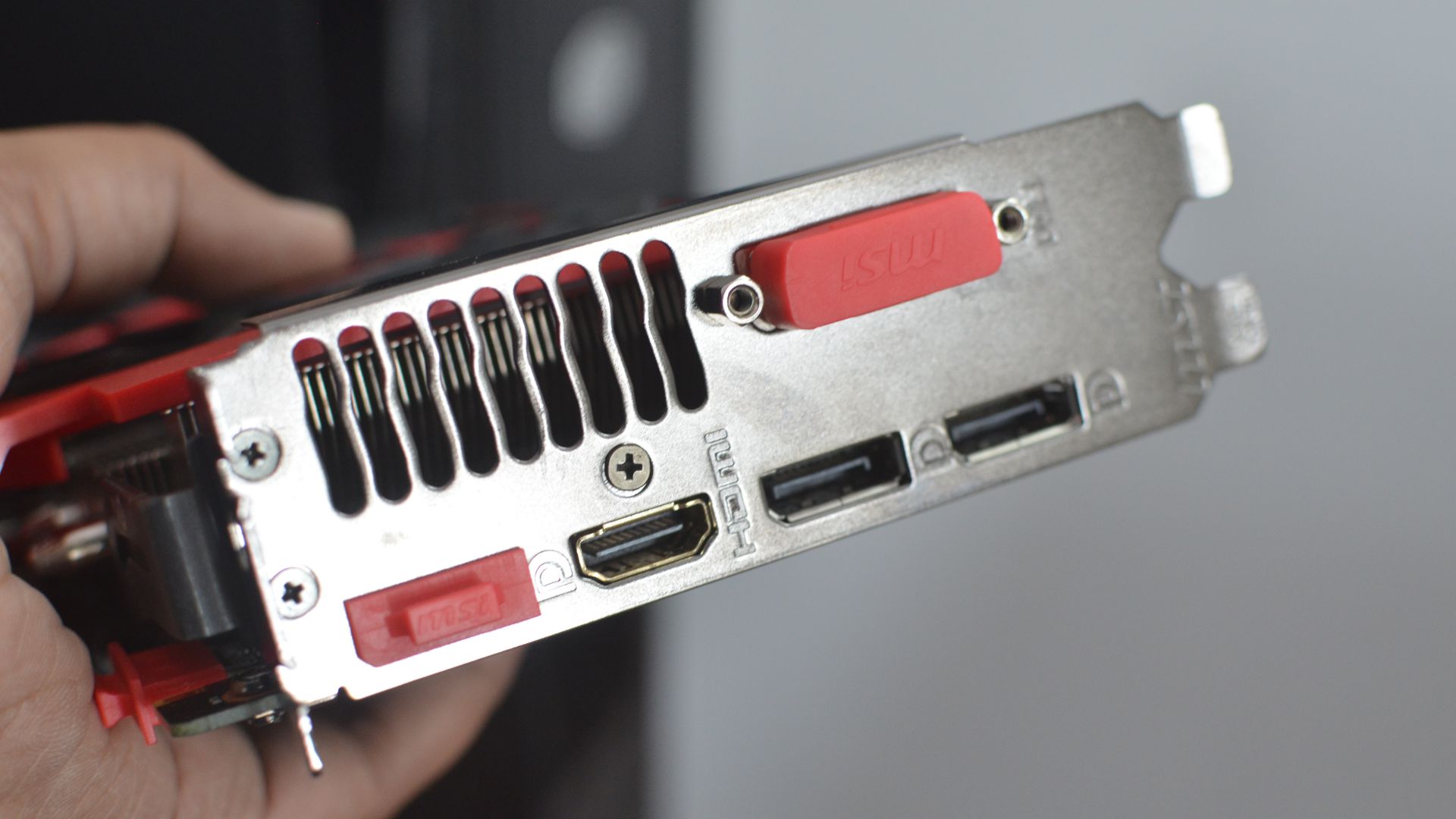 The Graphics processor used is the GM206 which houses 1024 CUDA cores and 64 Texture Units and 32 ROPs. The MSI GTX 960 Gaming 2G has 2GB of DDR5 RAM and a 128-bit memory bus with memory bandwidth of 112GB/s. It supports connecting up to 4 monitors via one DVI-I and HDMI port and three Display Ports. 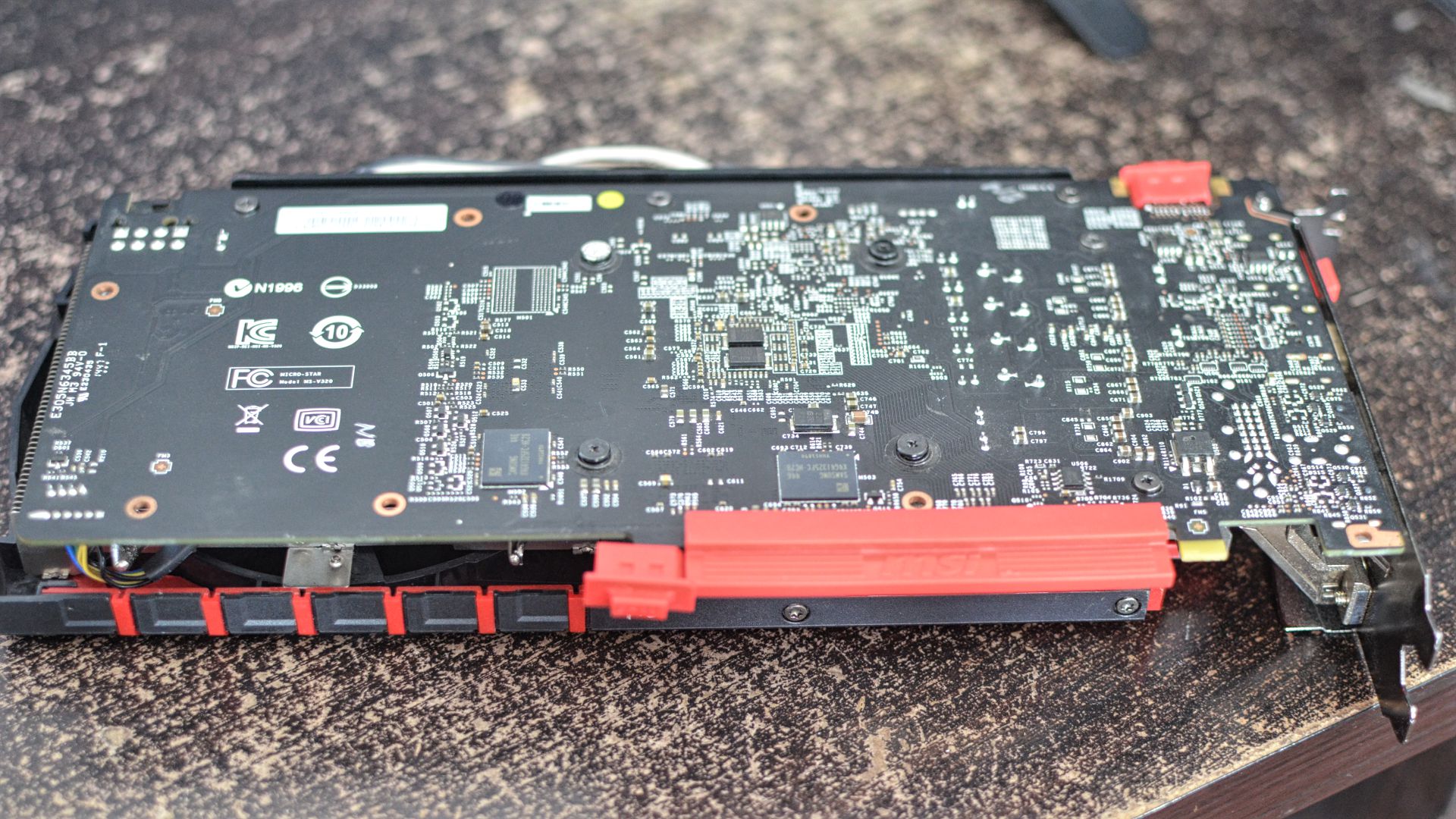 On the Ultra settings, it plummets down to 80FPS which is quite a big drop compared to the 107FPS average that the EVGA card was pulling. In games like Thief, Sniper Elite 3 and Tomb Raider both the MSI and EVGA pulled the same FPS of approximately 50. 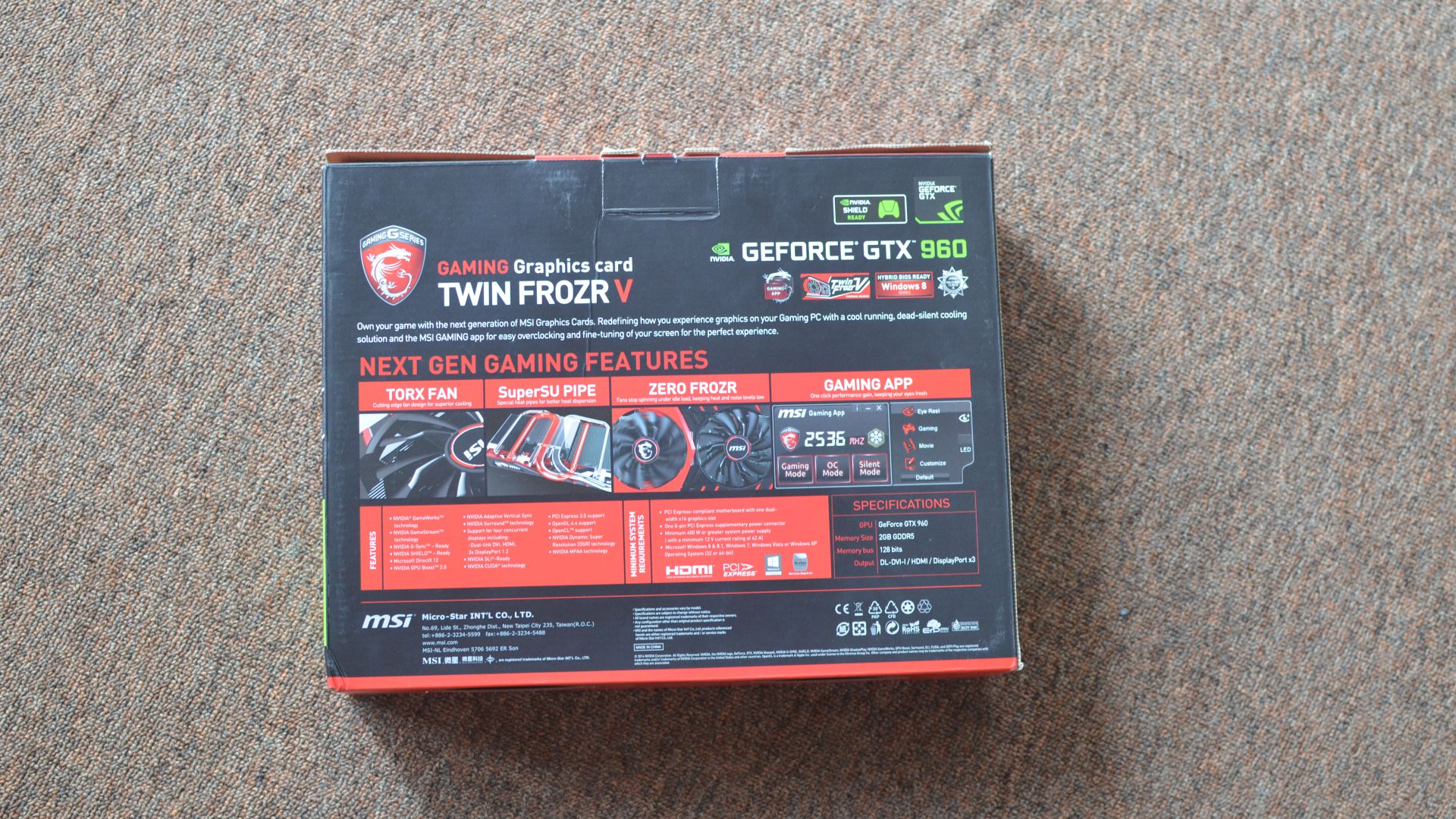 After cranking up the resolution to 2560×1440 there was a drop in performance and it lost to both the ZOTAC and EVGA counterparts by a small margin. At 4K resolution the performance of the card was sub-par.

The MSI GTX 960 Gaming consumes 55W less power despite being faster and most of the card in this price range. With Overclocking there is just a 12W increase in power consumption while on the FPS part there is a gain of 10-14 FPS. 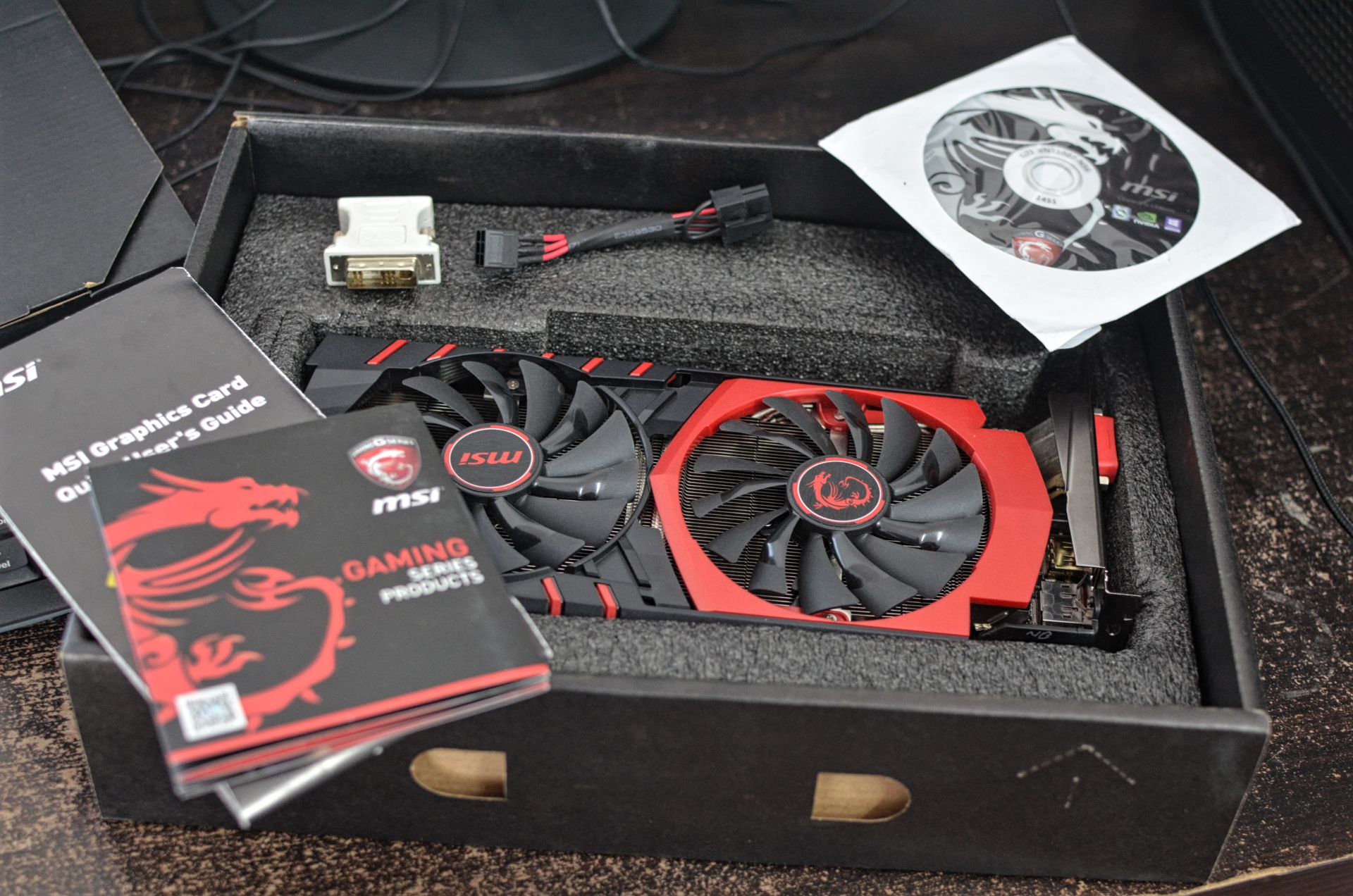 In the end, the MSI GTX 960 Gaming 2G is a very nice example of the GTX 960. It’s quieter than most GTX 960 cards and consumes less power. It handles all the games at Full HD resolution pretty well. The Gaming app enables overclocking for a better performance. It performs better than the GTX 760 on paper as well as in the real world.