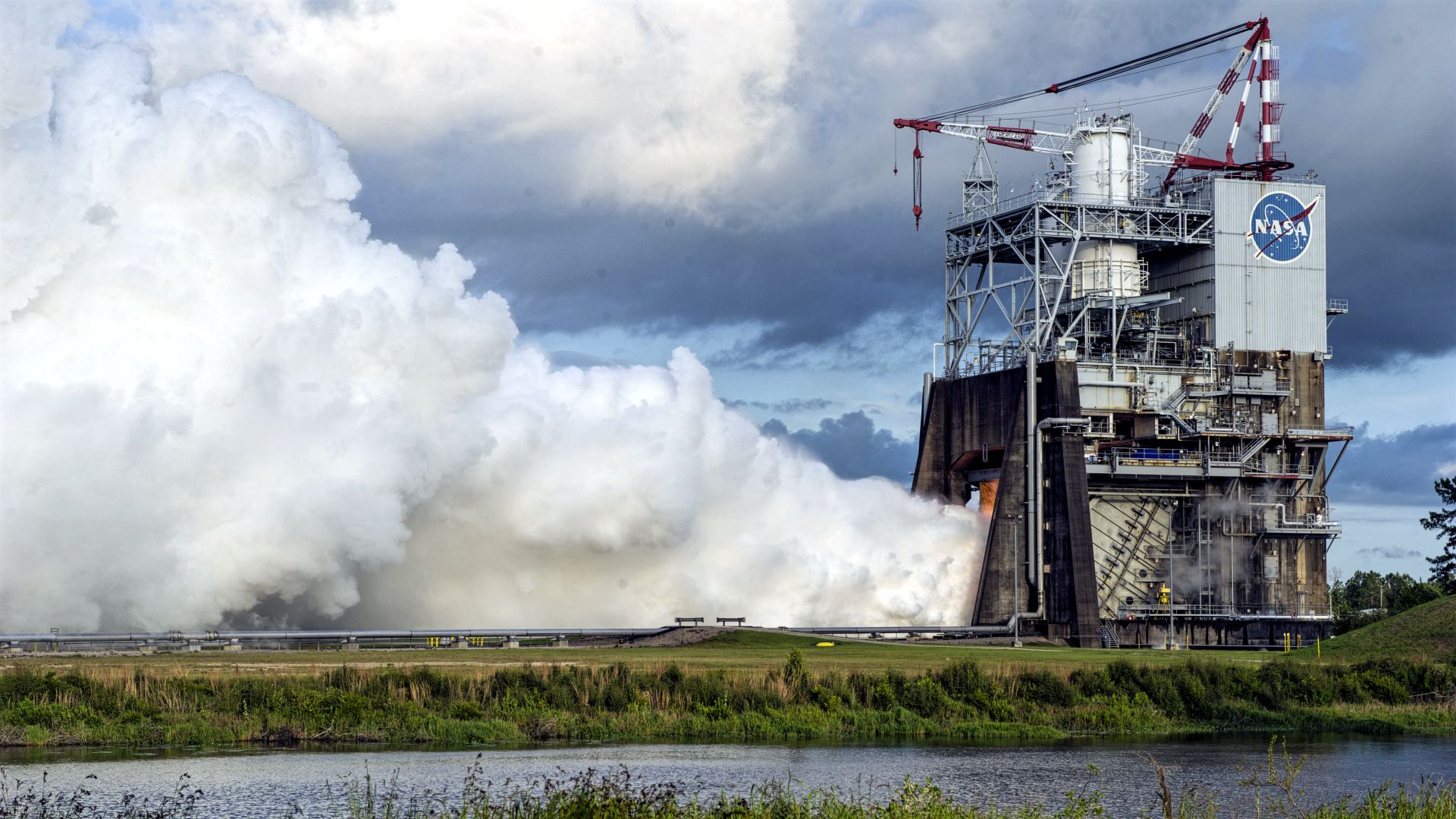 Mars is mankind’s next destination and to get there we will have to make bigger rockets with much more powerful engines. NASA’s Space Launch System rocket designed the RS-25 engine that will eventually used in Orion spacecraft and will see mankind’s journey to Mars. It will be the next big step for mankind; the first step was when a man set foot on Moon in the 1960’s.

NASA is testing the RS-25 at the Stennis Space Center in Mississippi. It is the sixth in a series of seven tests for the rocket’s main engine. NASA plans to use Four RS-25 engines and two solid rocket boosters of five segments each to power the 70 metric ton rocket deep into space.

Kathryn Crowe, the RS-25 propulsion engineer, calls it the Ferrari of rocket engines. Undoubtedly it is the most complicated rocket engines of all times.

The trick in designing a rocket is to optimize all the aspects related to its performance. One can optimize by increasing the thrust, increasing the weight to thrust ratio and improving the efficiency and how the rocket consumes its fuel or propellant. Crowe says that with RS-25 they have optimized all three.

Martin Burkey associated with the SLS strategic communications team was writing about the RS-25 on the NASA’s Rocketology blog.

The RS-25 works with propellants that enter the engine at minus 400 degrees. The propellants are burned in the combustion chamber where the temperature reaches 6000 degrees. A lot of propellants need to be burnt to generate a lot of energy. Each RS-25 engine produces 512,000 pounds of thrust that equals 12 million horsepower.

The engine has four turbo-pumps each generating 100 horsepower of thrust for every unit of weight. The main shaft of the engine rotates at a rate of 37,000 rpm. The weight of an RS-25 engine is equal to two F-15 jet fighter engines. However, it produces eight times more thrust.