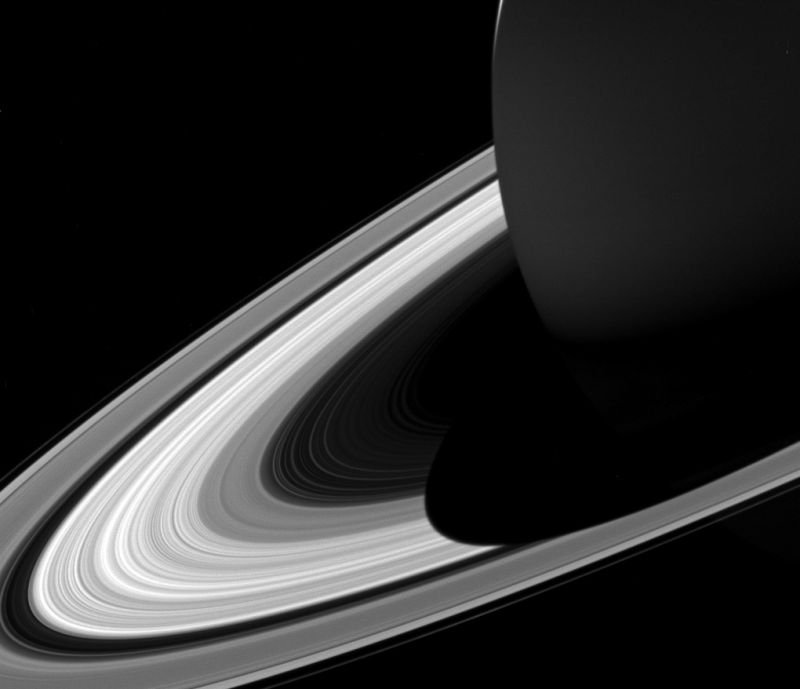 Cassini, NASA’s spacecraft has sent pictures from its second voyage that saw it go along Saturn’sspacecrafta statement, Nasa said as Cassini was crossing through the rings surrounding Saturn, its Radio and Plasma Wave Science (RPWS) device detected several “ring particles.”

According to Nasa, this was expected, what was unanticipated however is the sudden silence once it hit the gap. The RPWS detected several ring particles in every second upon crossing the main rings of the planet. However, the spacecraft identified only a few knocks. Going by previous findings, scientists were not expecting particles over a micron in diameter.

Scientists have named the space between the rings “the big empty.” Before this discovery, NASA changed the orientation of the spacecraft so that it could use the antenna to shield off dust during the dive. This dive was one of the 22 journeys being made by the spacecraft through Saturn’s rings in an exercise dubbed “Grand Finale.”

The journey will come to an end in September after which the craft will be driven into the planet’s atmosphere the destroyed. This is done to ensure that any living organism that may have attached itself to the craft does not reproduce and populate other worlds.

Cassini carries an instrument that record and reports any impact with particles in the form of pops and crackles. Cassini has completed the first dive into the narrow gap located between Saturn and the rings.

The spacecraft produces waves of squeaks and whistles as it passes through a place that has charged particles. NASA says the new revelation will offer more understanding of Saturn and its relationship with its rings and moons in addition to its interaction with the solar system. Before completing its dive and finally landing on Saturn, Cassini will send back some pictures of the planet and its rings.

The picture will show the streaking and stunning rings that surround the planet and offer more details. The pictures were taken when the spacecraft dived into the space lying between Saturn and the rings. The spacecraft has been sending several raw pictures since it started its journey.