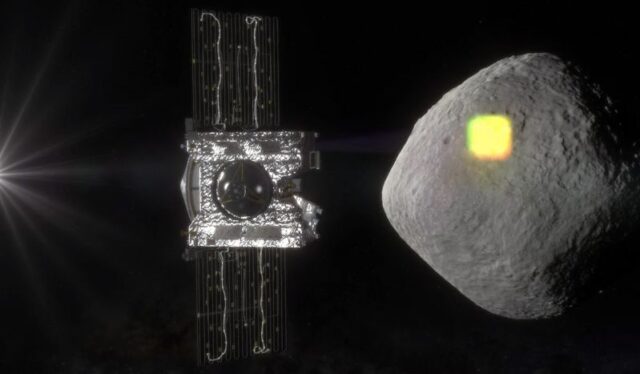 For a long time, scientists have been quite fascinated with asteroids and there is one asteroid in particular ‘Bennu’ that has captivated them the most.

So on September 8, 2016, National Aeronautics and Space Administration (NASA) will launch OSIRIS-REx that will travel all the way to ‘Bennu’ to conduct studies and collect samples for the scientists to analyze the data.

But the mission may become a challenge if OSIRIS-REx does not accurately complete the mapping process. According to NASA, the spacecraft will be able to generate information by using its five instruments that stand for Origins, Spectral Interpretation, Resource Identification, Security-Regolith Explorer (OSIRIS-REx).

OSIRIS-RE is scheduled to spend a year surveying the asteroids, and the mapping process needs to be completed too at the survey phase. The spacecraft will collect data about material coming from Bennu, measure the non-gravitational forces and find the best location to obtain a sample. Scientists believe that the 3D mapping process will be so precisely clear that the team member will be able to spot individually pebbles measuring about three-fourths of an inch.

For now, researchers are laying the groundwork for the 3D mapping as unlike moon and planets; asteroids are not round and nice. So for the spacecraft, this is going to be a bumpy ride as Bennu is more of a lumpy ball that gets quite thick around the middle.

Commenting on this latest development, Ed Beshore, Deputy Principal Investigator of OSIRIS-REx said, “This mapping of ‘Bennu’ is going to be one of the most exciting and interesting parts of the mission. Through the detail that the spacecraft will provide us, we will get more information about Bennu.”

For the mapping, process scientists have paid heed to some points such as the location of ‘Bennu’. As for now, zero degrees longitude has been chosen but as the spacecraft gets closer and once a clearer picture is provided scientists can relocate the location. The second aspect taken into consideration is navigation because the size of asteroids is very small, and that makes the gravitational force weak. So the navigation team will have to create half the gravitational pressure from the sunlight present on the surface of the spacecraft.

Along with that, scientists will have to take into account all the other important decisions about mapping before the spacecraft launch.