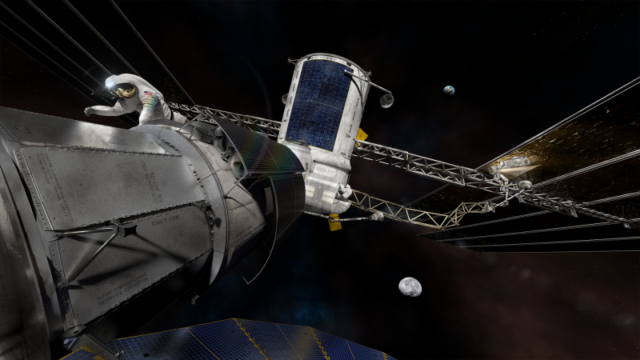 National Aeronautics and Space Administration (NASA) has selected six companies to help them to develop ground prototypes and deep space habitats. The public-private partnership was enabled by Next Space Technologies for Exploration Partnership-2 (NextSTEP-2) is to expand commercial development of space in low-Earth orbit. It will help to improve deep space exploration capabilities so it can support extended human spaceflight mission. Through this move, scientists will be able to not only look for a possibility of life on Mars but provide a safe place for a human to built habitats.

The six big companies that have come together for this project is Orbital ATK, Boeing, Bigelow Aerospace, Sierra Nevada Corporation, Nanoracks, and Lockheed Martin. The US agency will give this six companies approximately 24 months to develop ground prototypes. Furthermore, they will also have to conduct concept studies for deep space habitats.

The ground prototypes will be used for three purposes which are to support integrated systems testing, define overall system functionality and for human factor testing. These activities are important as it will reduce the risk of failure.

The Habitation Systems are one of NASA ambitious project as it looks for expansion of human spaceflight. To make this project a success the US space agency will be utilizing the skill, innovation, and knowledge of both the public and private sectors.

For a long time, it has been quite a task for NASA to control the cost of projects of this nature. But with the public-private partnership the US agency is sure that it will bring focus and specifics on the deep space habitats where human live to work independently for months or year. It will also cut down the cargo supply deliveries from Earth.

The space agency has estimated that the total contract award amounts will be around $65 million, and extra funding will continue till 2018. Furthermore, the agreement also states that the selected partner will have to contribute 30 percent of the cost of overall proposed effort.

Is this the first of its kind project?

This is not the first of its kind project that NASA has undertaken, in 2015 the space agency made the first NexSTEP selections. The four companies that were part of the solicitation was Bigelow Aerospace LLC, Boeing, Lockheed Martin and Orbital ATK.

But this time, NASA has taken a space further by catalyzing more commercial investment in low-earth orbit. The project further aims to demonstrate how human, robots and spacecraft operations in actual deep space environment will have better technologies for a longer journey to Mars.

In addition to collaboration with some of the biggest companies of US, NASA is also in discussion with international partners to develop operational deep space habitation capability in the area of space near the moon. This will serve as a proving ground for Mars by 2020.