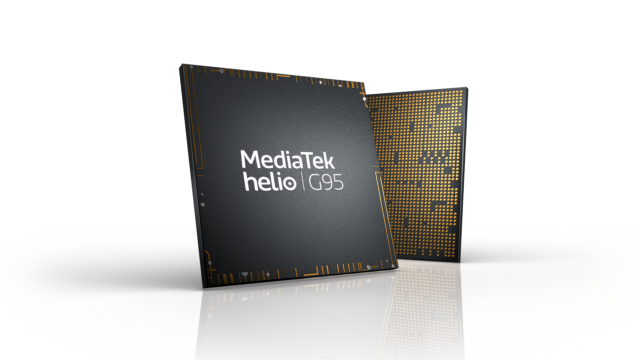 MediaTek today announced the launch of its new Helio G95 chip, which is being hailed as the most powerful chip meant for use on gaming smartphones that the company has ever come up with. That makes the new G95 fit for use on high-end premium gaming smartphone devices, a segment that is seeing increased acceptance among gaming enthusiasts.

MediaTek though, said the chip only supports 4G connectivity but comes with advanced features such as the company’s HyperEngine game technology. The tech supports ‘networking, rapid response, picture quality, and resource management engines,’ which the company said will allow for the most seamless and responsive gaming experience ever.

The MediaTek HyperEngine game technology is also advanced enough to detect the quality of the Wi-Fi signal. For instance, when the signal is weak, the technology will automatically switch over to LTE to function concurrently with Wi-Fi. This ensures players can continue gaming without having to worry about internet quality.

The technology also provides the option to defer incoming calls or other notification to allow players to focus entirely on their gameplay. Besides these, the technology is also smart enough to allow for dynamic allocation of system resources such as the CPU, GPU, and memory for optimum performance at all times.

Among the other features of the new G95 chip is its support for up to four cameras with an integrated AI processing unit (APU). The camera can have a max resolution of 64 MP with quad-pixel technology, which Media Tek said allows for ultra-clear shots even in low-light conditions.

The chip is also designed to offer superior video calling and streaming experience, with video quality ranging from 360p to 720p HD resolutions in real-time while network bandwidth usage is reduced by 75 percent. For displays, the chip will support FHD+ resolutions with up to 90 Hz refresh rate. It supports dual wake-up word support and HDR10 standard display, with the latter further enhanced up to HDR10+ in real-time.

Coming to the technicalities, the new Helio G95 features two Arm Cortex-A76 CPUs having a max clock speed of 2.05 GHz. Complementing the same are six Cortex-A55 power-efficient CPUs, with upgraded Arm Mali-g76 MC4, operating at up to 900 MHz allowing for optimum single and multi-core performance.

MediaTek said there already are a few Helio G95 powered smartphones ready for launch in September, with more to follow later on.