Home News New MediaTek Dimensity 720 5G chip is all about superior performance but... 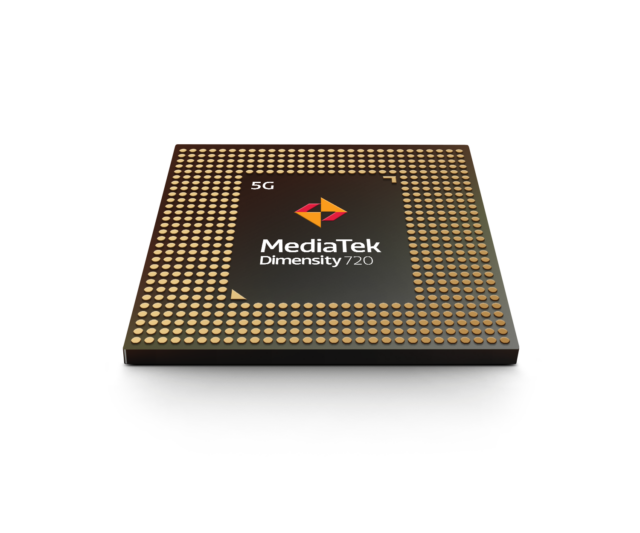 With 5G on the verge of becoming more commonplace the world over, chipmaker MediaTek has announced a new Dimensity 720 5G chip which it claimed will offer premium 5G experience but on mid-range smartphone devices. The new Dimensity 720 is part of MediaTek’s 5G chipset family that also includes the Dimensity 1000 for flagship phones to the Dimensity 700 and 800 for more affordable devices.

Speaking during the launch, Dr. Yenchi Lee, Deputy General Manager, Wireless Communications Business Unit, MediaTek, said the new chipset has top-notch performance and can support advanced display and imaging technologies. The other huge positive quality of the new chip is that it is extremely frugal on the battery.

The MediaTek 5G modem that comes integrated with the chip is also among the most power-efficient in its class. The company said the chip’s 5G modem relies on MediaTek 5G UltraSave technology, which ‘uses both network and content awareness intelligence to manage the modem’s operating mode in real-time to extend battery life’.

Among the salient features of the chipset include its ability to support up to 90 Hz refresh rate. It supports MiraVision HDR10+ video playback, which means enhanced video streaming capability. The chip is also capable of supporting up to 64 MP or 20 MP + 16 MP dual camera setup along with other AI based camera enhancement technologies.

The Dimensity 720 also includes an Arm Mali G57 GPU, besides having support for LPDDR4X memory and UFS 2.2 type storage. The Integrated Voice Wakeup feature ensures power consumed by the always-on voice assistant is reduced to just the minimum. There also is the dual mic noise suppression, which cancels out unwanted noise so that voice assistants can make out your voice even in chaotic situations.

MediaTek said the latest Dimensity 720 has been designed to comply with the global sub-6GHz 5G networks prevalent in Asia, North America, and Europe.