The Honor View 10 is the latest flagship offering from Huawei’s Honor sub-brand. And just like past Honor handsets, the View 10 offers top-of-the-line hardware usually reserved for a high-end flagship at a much lower price. Priced at Rs. 29,999, the Honor View 10 comes with an 18:9 display, dual-lens cameras, metal body, and more. The handset looks pretty solid on paper, but has it got enough to deliver a consistent day to day performance? 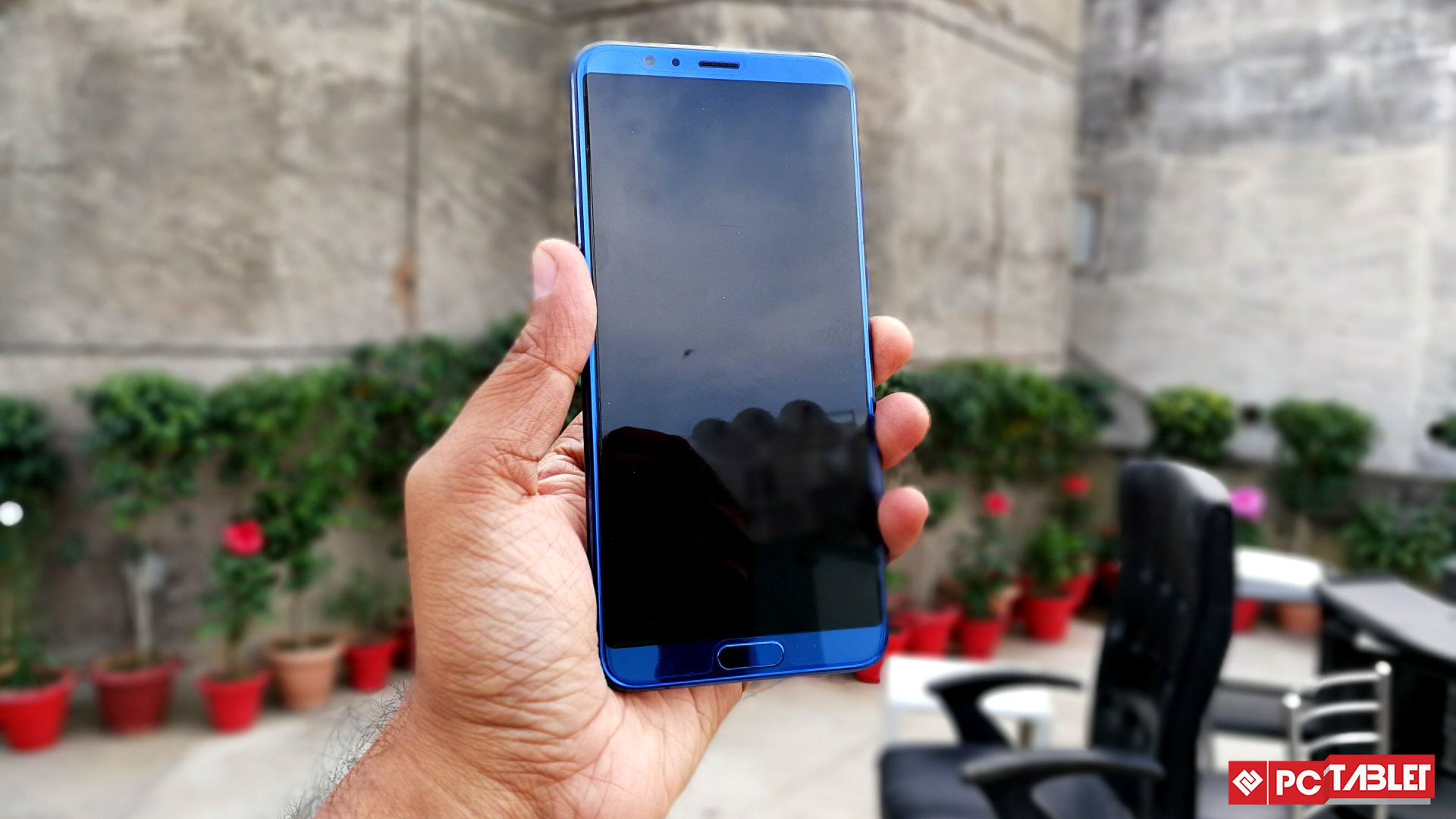 I’ve had a pretty long, in-depth experience with the device. I’ve been using the Honor View 10 for about three months now, and I’d like to give my take on the device. In this review, I’ll try to help you guys decide whether or not the Honor View 10 is worth the money, and a worthy challenger to its closest rival in the form of the OnePlus 5T. We put the handset through its paces for about 3 months now before giving our review.

The Honor View 10 features a sleek, metallic body which reeks of premium. The near bezel-free 18:9 display further augments the phone’s design giving it a rather sharp look and feel. The subtly rounded edges feel great, while the phone’s sleek design makes it completely manageable in the hand. Overall, the handset’s build quality is top-notch. The only complaint about me would be those protruding camera lenses which are prone to scratches. 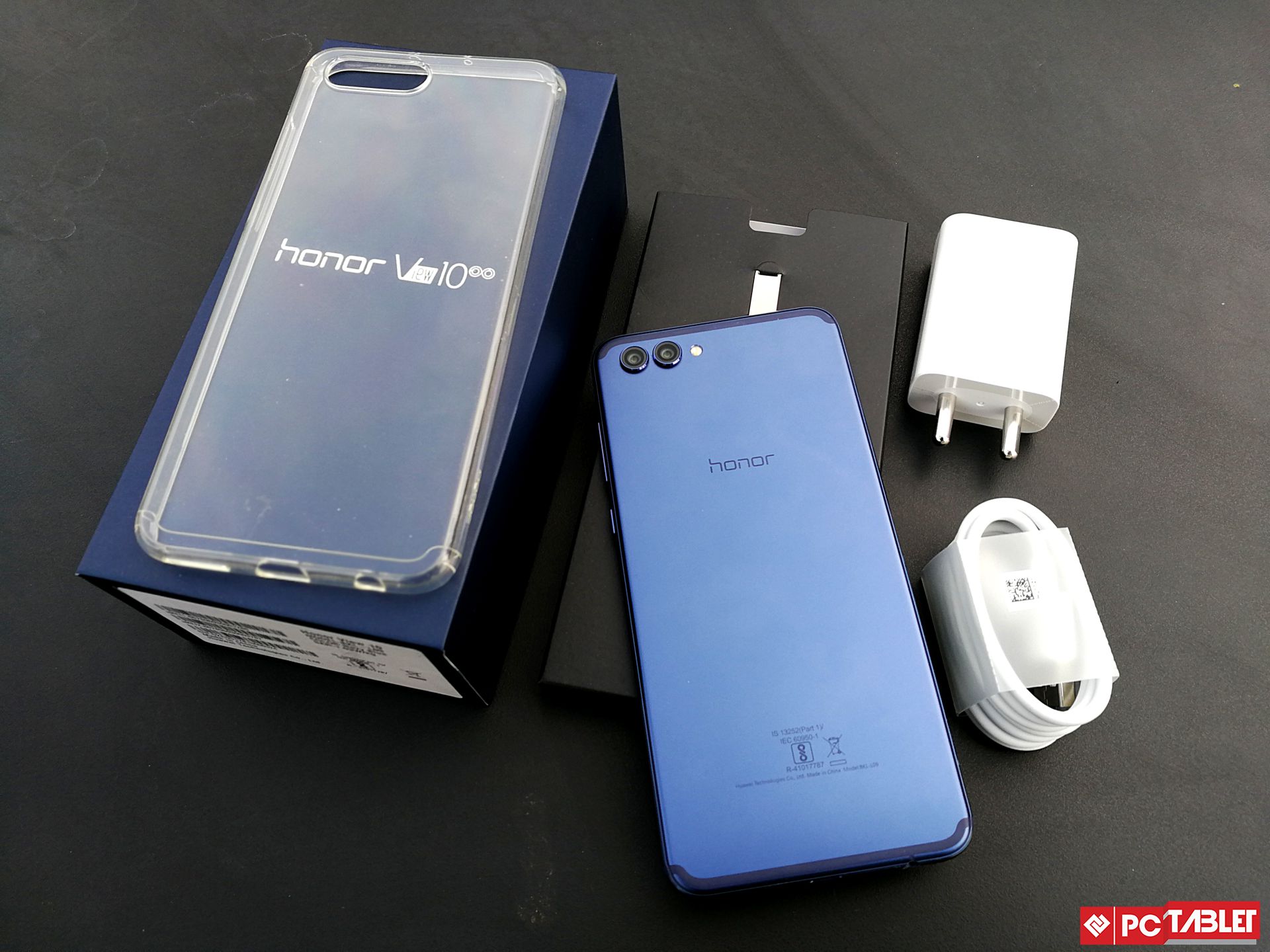 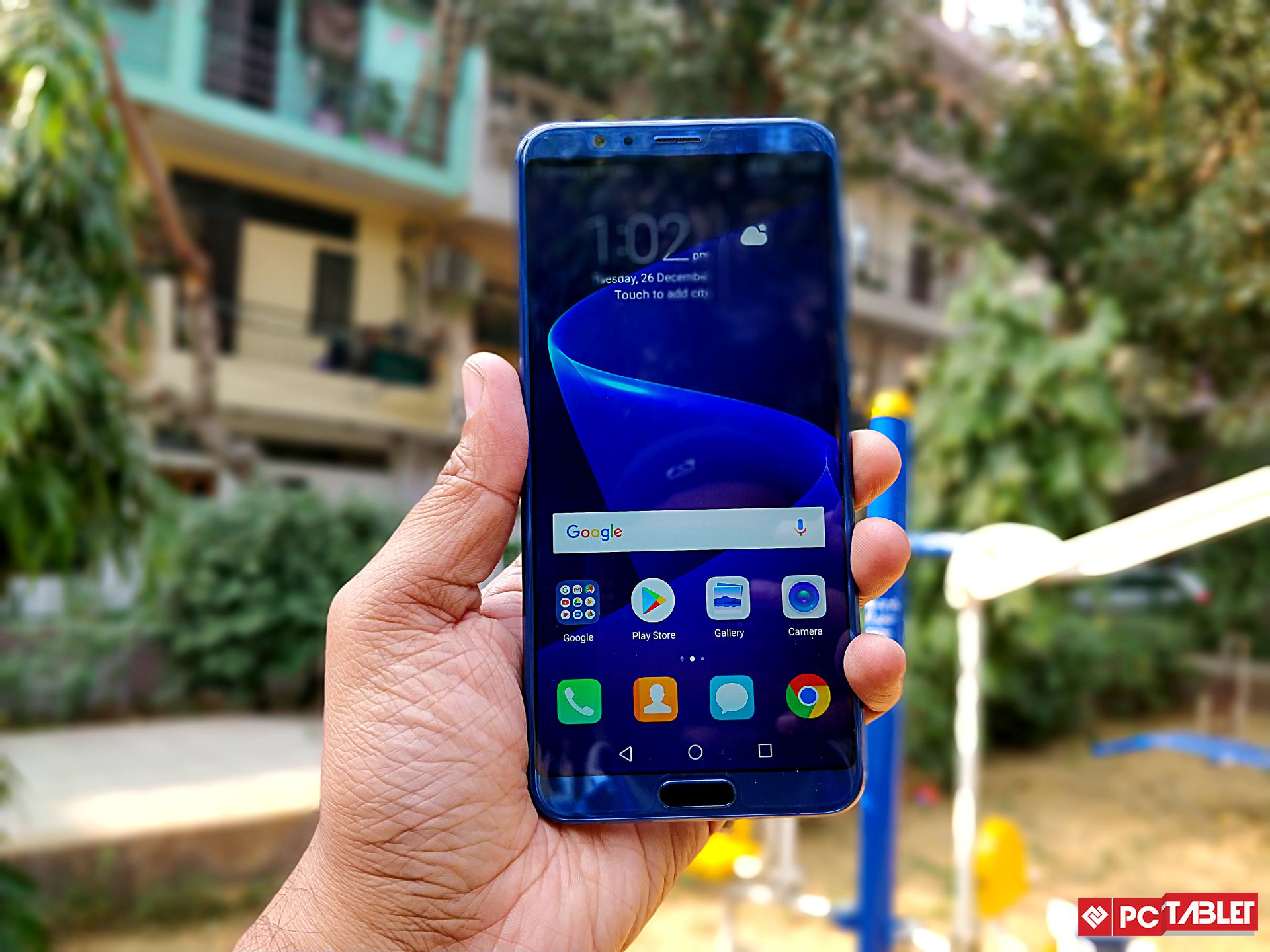 The Honor View 10 gets a 5.99-inch Full-HD LCD display having an aspect ratio of 18:9. Viewing angles on the handset are impressive for a mid-range device and the screen does very well even when you’re under direct sunlight. While some of you including me may prefer the OLED display, however, for a regular LCD display, its bright, vivid, and performs rather well. Even the screen’s brightness levels are sufficient and I faced no issues using the device even under direct sunlight. And thanks to it’s 18:9 near the bezel-less display, it offers much more immersive viewing experience. 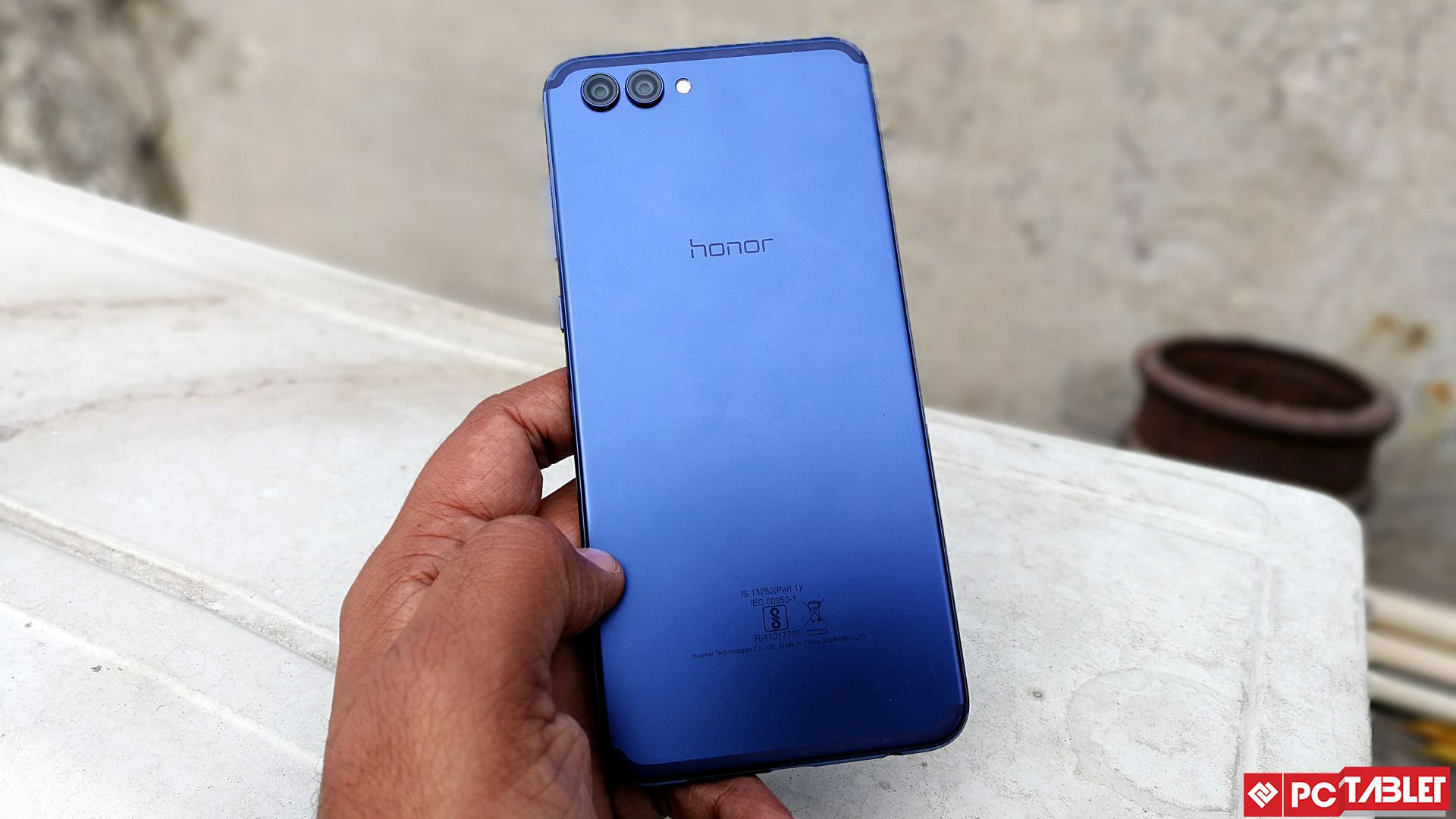 The Honor View 10 runs the latest Kirin 970 octa-core processor which is paired with 6GB RAM. Performance, as expected, is excellent across the board. The Kirin 970 is way better-performing processor than the Qualcomm Snapdragon 835 at any given time. Even high-end games run smoothly without any lags or stutters, however, the Honor View 10 gets a bit warm when pushed. Not an alarming level though, as the phone’s body didn’t feel uncomfortably hot. Regardless, the device does not twitch no matter what you throw at it. I really enjoyed playing Mortal Kombat X on the Honor View 10 and experienced no lags or long screen load times.

The handset also features a Neural Processing Unit (NPU) inside which essentially delivers AI processing for improved performance and security. 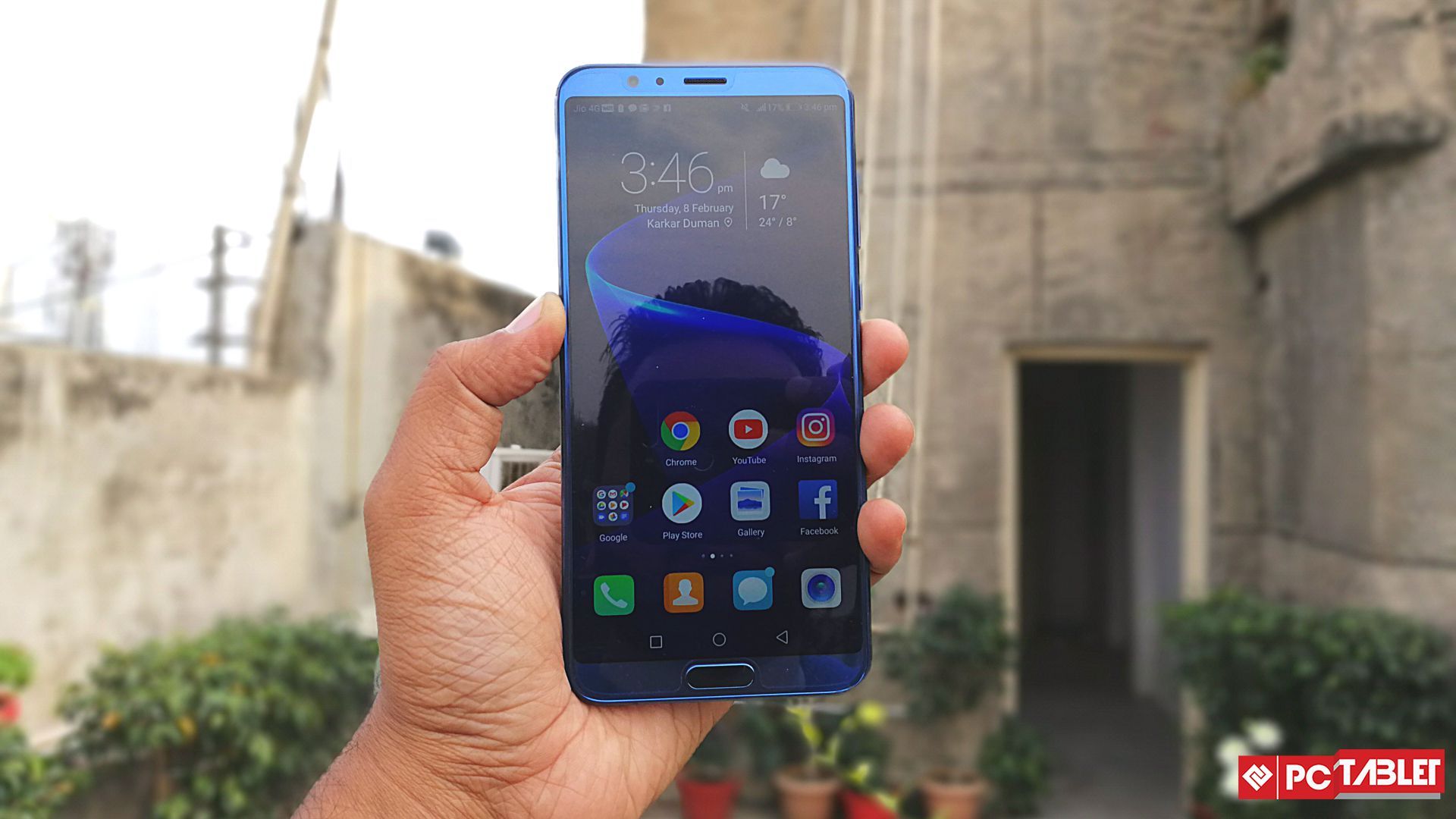 In our series of benchmark tests, the Honor View 10 racked an impressive Antutu score of 212536. While in Geekbench 4, the device pulled single and multi-core scores of 1894 and 6705 respectively.

All in all, I experienced no performance issues with the handset. It offers reliable, day to day usage. And with built-in-in machine learning capabilities, the handset can predict your usage pattern and pre-load the app you want to open.

Even the handset’s fingerprint scanner is fast and accurate. Not to mention, the device also comes with facial-recognition which gives you an added layer of security. Its easy to setup and unlocked the device every time I tried using it. 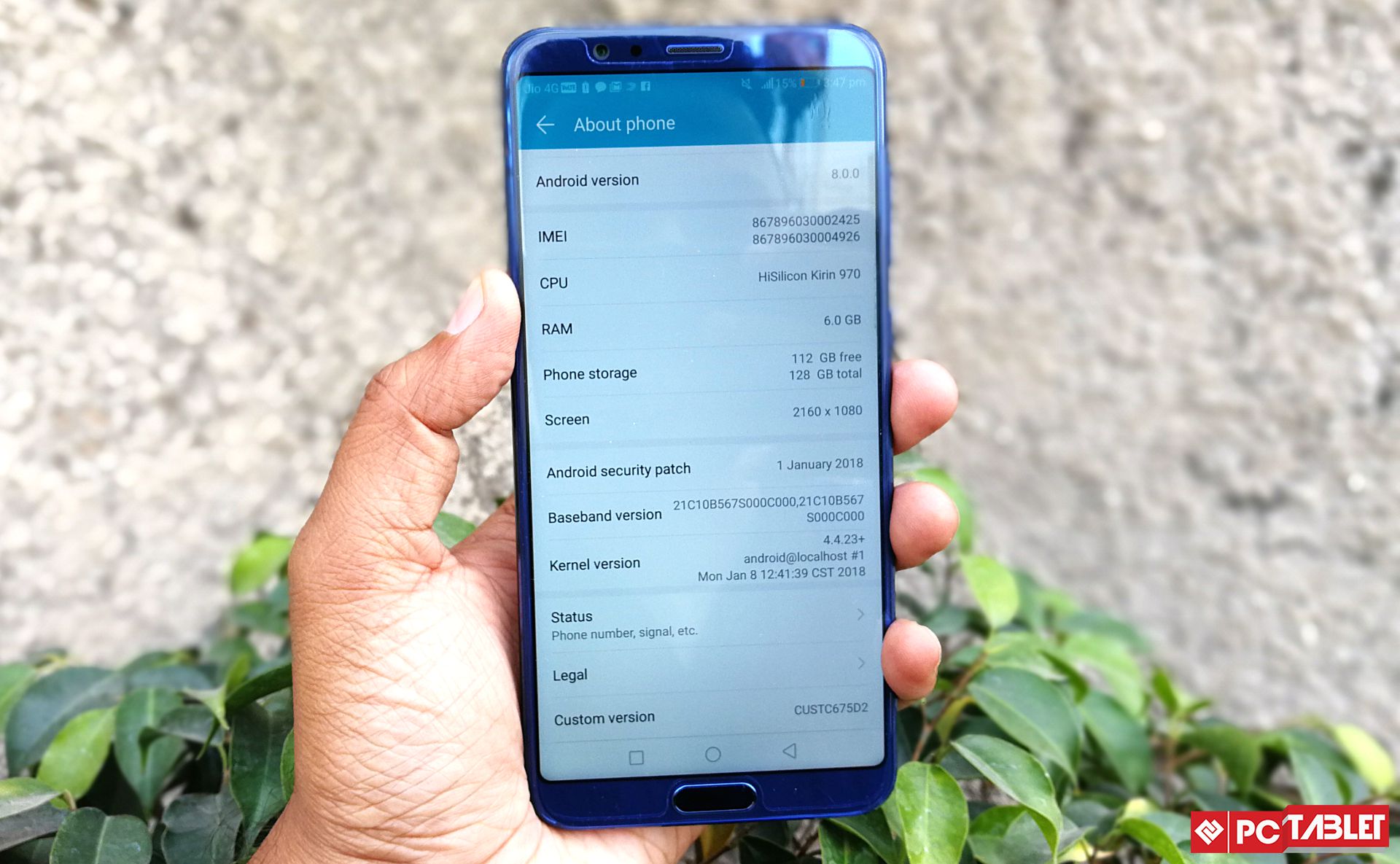 The Honor View 10 runs Android 8 Oreo with Huawei’s EMUI 8 skin on top. While the look and feel of the OS is a far cry from a stock Android experience, though you do get a plethora of options to change the look of the UI. You also get various power saving modes along with support for smart gestures.

The device also gets an AI-powered facial recognition system that works rather well. Its easy to setup and quickly detects your face to unlock the handset. The face recognition system also acts as an added layer of security by hiding lock screen notifications. It only reveals them if the front camera detects your facial pattern. As other prying eyes only get to see the name of the app that triggers the notification and does not show its contents. 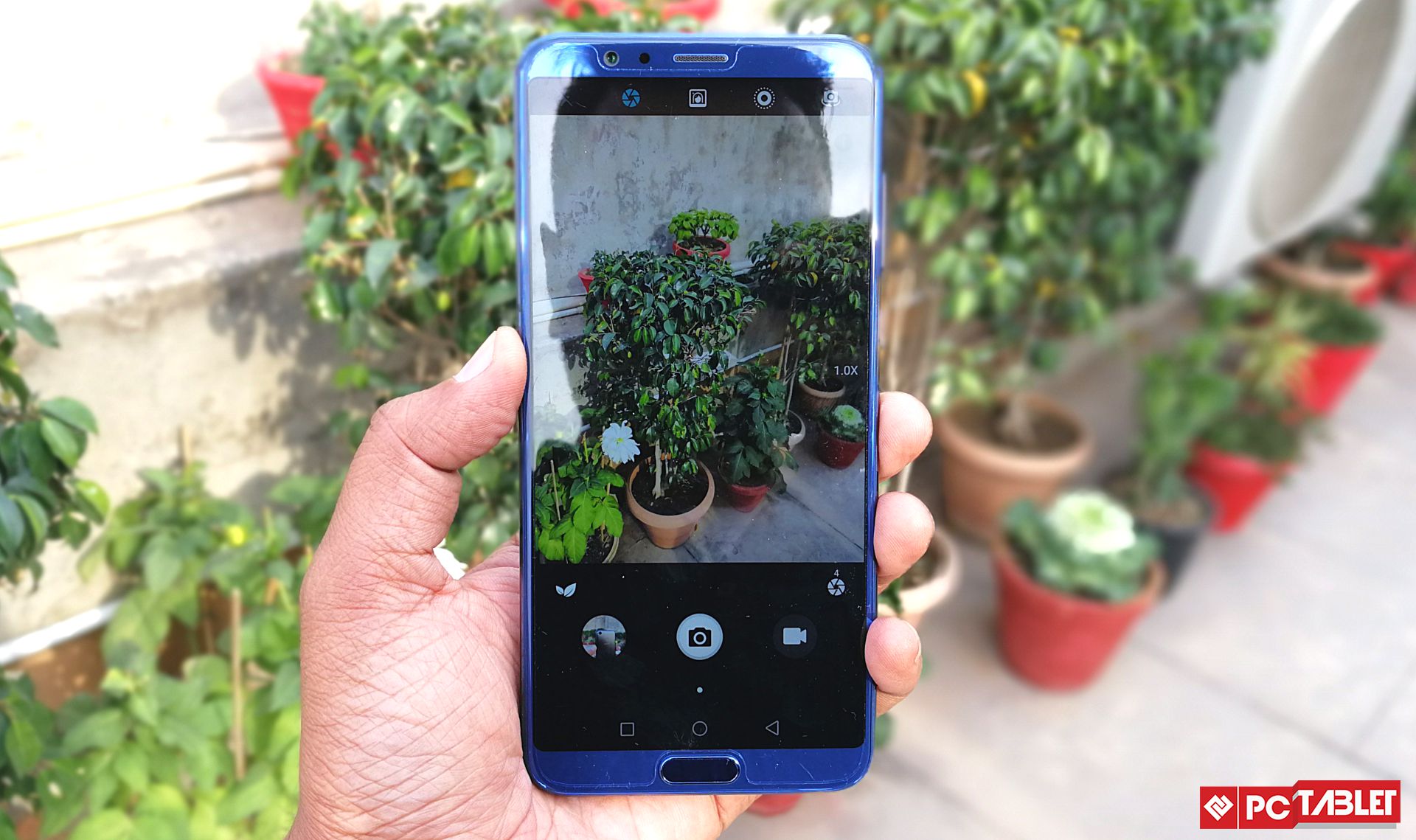 The Honor View 10 features a dual lens primary camera with a 16MP color sensor and a 20MP monochrome sensor, each with a f/1.8 lens. Daylight shots take from the phone’s primary camera looked sharp and with plenty of details to gawk at. Colour reproduction and contrast levels are great too. Even the monochrome mode works well and bokeh shots looked quite spectacular.

The camera is also equipped with NPU-powered object and scene recognition capabilities. The feature essentially auto adjusts camera settings such as exposure and contrast levels, doing away the need to manually adjust camera settings. 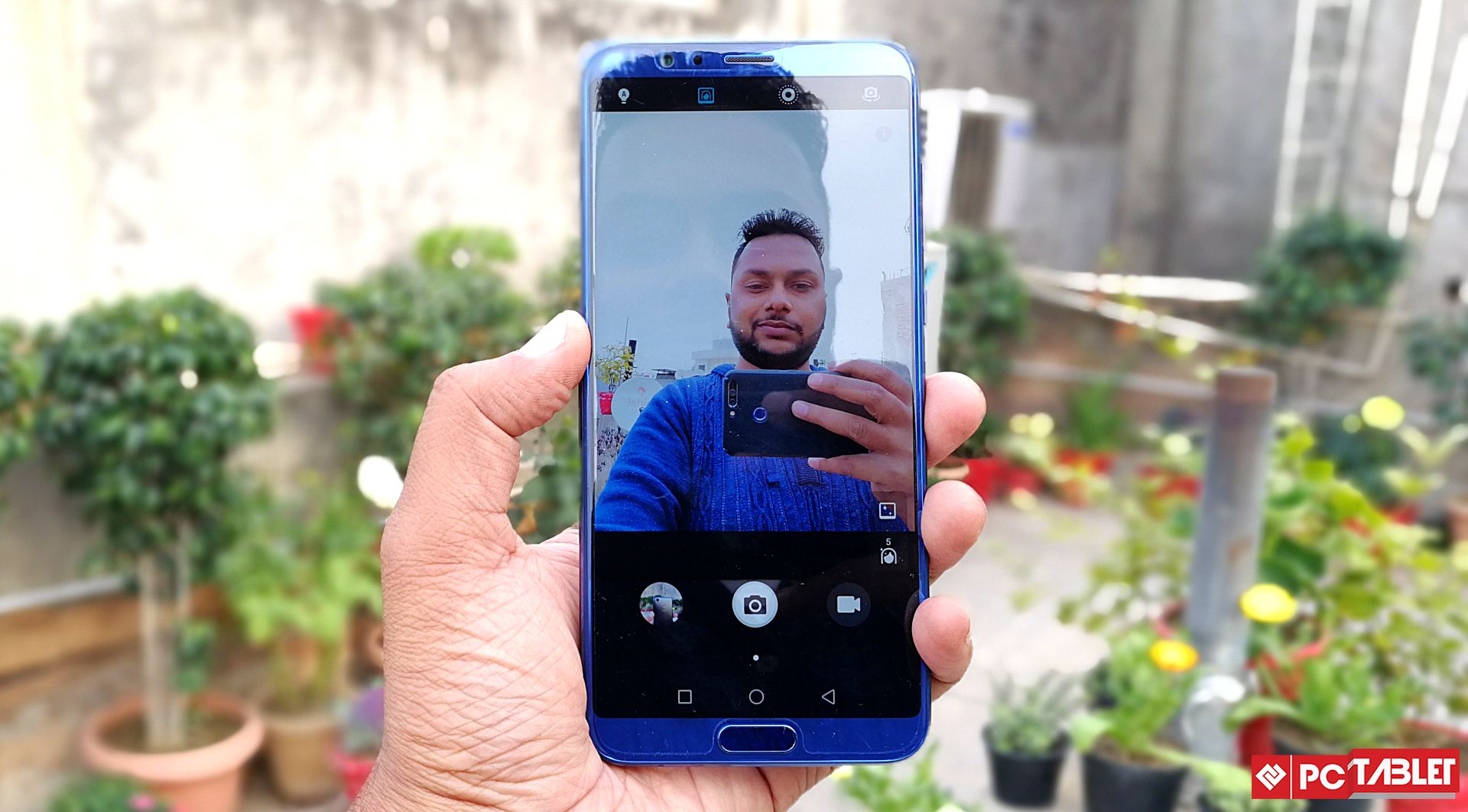 The photography geeks are going to love what Manual mode offers in the camera app. There are also tonnes of other settings and options available that allow you to capture the moment – the way you want it to be. The monochrome and bokeh modes are a pure delight. While the camera app gives you everything you need to edit photos and get the best results.

Shots taken in low-light looked a tad grainy, but you still get a decent amount of details. Overall, the handset’s primary camera is a very capable performer.

Battery performance on the Hoor View 10 is also something that deserves applause. The phone’s 3750-mAh battery was still running strong two days after the full charge, with 20 percent juice still remaining. Even for power users, the device can easily last for more than 14 hours without completely running out of battery life, and gives you full two days of backup with moderate use. Overall, the phone’s battery holds up really well whether you are on the go, watching videos, emailing, texting, or gaming.

The battery’s standby time is also simply astonishing. Even charging the device isn’t much of a hassle despite its massive battery size. With the charger that comes bundled with the smartphone, you can get about 40% juice in about 30 minutes. Fully charging the device takes slightly over an hour. 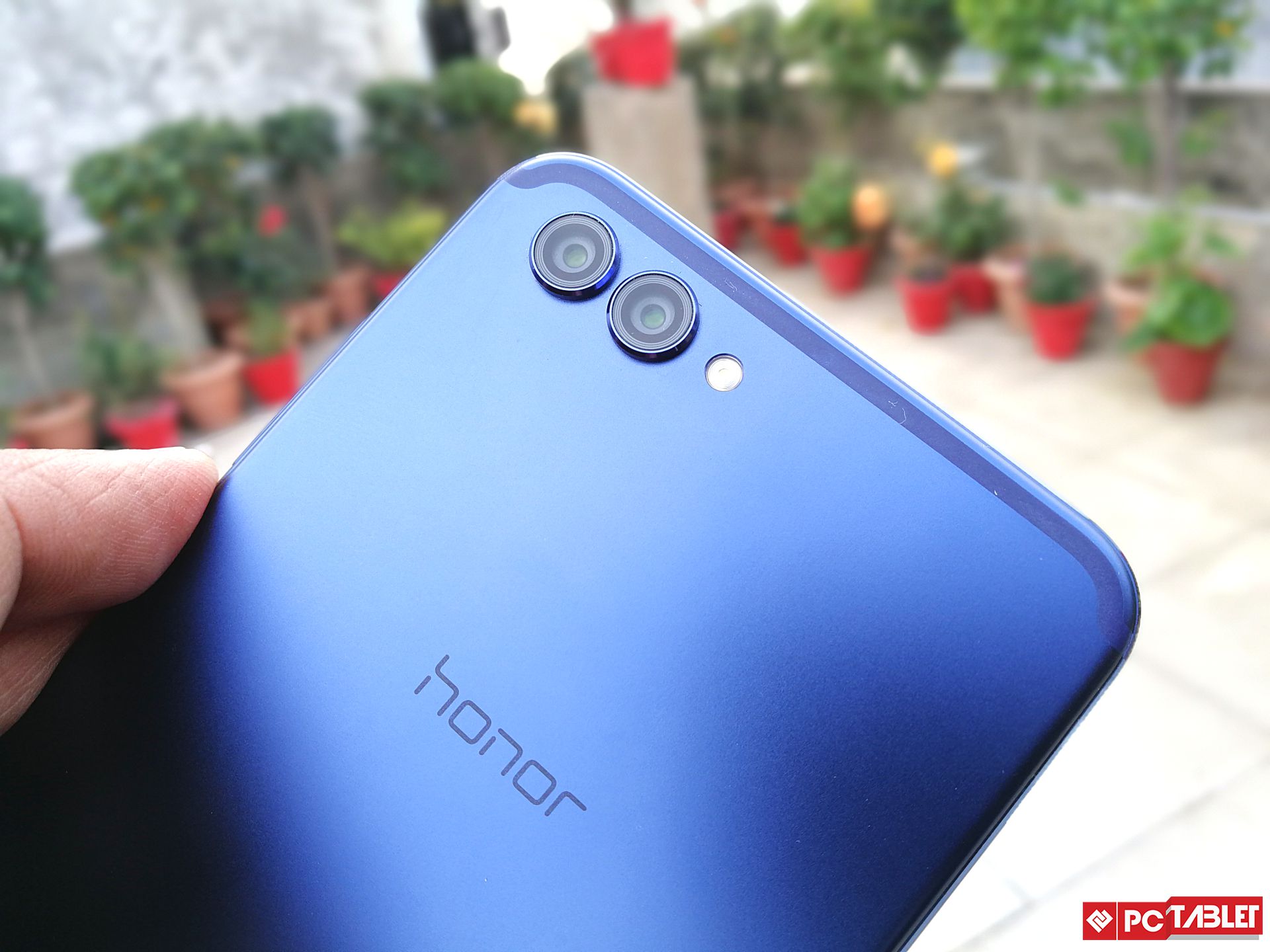 The best in its class.

The Honor View 10 is a handset crammed with all the latest features at a very competitive price point. The only thing it misses out is a Super AMOLED display. It’s a phone that not only looks good on paper but also delivers excellent performance across the board. And with that kind of battery life and sleek design, the Honor View 10 is a smartphone that ticks every box. Hopefully, the company upgrades its successor with an AMOLED display as opposed to the current LCD panel, which would surely put the icing on the cake.