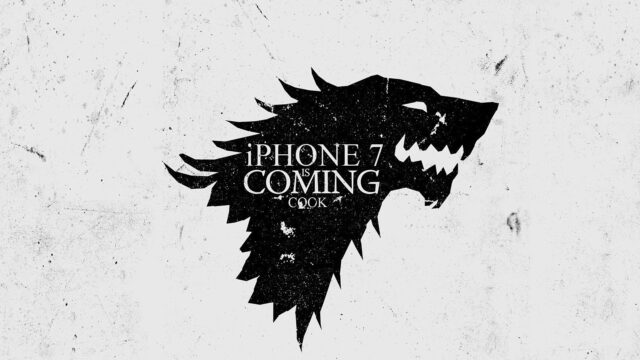 iPhone 7 is one of the most anticipated phones of the year and the Game of Thrones is the most popular TV show. What if GOT characters come to know about the release of next iPhone; what would be their reaction to the rumors. No need to stress out; just sit back and we will tickle your funny bone.

Most Apple users have been loyal fans of iPhone series. Some of them have been buying iPhones since its launch in 2007. They wait a whole year, religiously praying for the launch of the next iPhone. Only after old and new gods come together that they get to hear news about the new iPhone launch.

Then comes the D-Day when a new iPhone is announced. This marks the excitement of the iPhone fans who are left dumbfounded by the news. Don’t be surprised when you see your friend jumping up and down or crying after the iPhone launch announcement.

No kidding! They literally stand in line all night, waiting for the new version of iPhone, such is the craze for the Apple-made smartphone.

One of the major problems faced by iPhone users is the lack of storage space. It is speculated that the yet to be launched iPhone will have 256 GB of internal storage capacity, which will solve the storage issue of iPhone users. This is an information that will make Apple fans dance with joy, literally!

Another issue with iPhone series has been its batteries. iPhone users have been facing this issue for years. It takes much time to fully charge an iPhone and the battery only lasts for a few hours, making you phoneless and your life pointless. You will ask why life becomes pointless? Well, because what is life without our smartphones?

It has been the prayer of iPhone fans to have one phone out of the pack that has good battery life. For once, they want their phone to be resurrected just like Jon Snow did in this new season. I guess it’s not too much to ask, is it?

iPhone 7 has also been suspected of having waterproofing capabilities. So, now you can bring your iPhone 7 home and throw it in a pot filled with water. Or you can celebrate its coronation just like Euron Greyjoy did in the Iron Islands. But hey, it doesn’t mean you have to torture your new Phone. It’s still new and expensive.

The iPhone 7 rumors suggest of a stylish all glass metallic body. Probably iPhone fans will flaunt it more than their girlfriends. It is true also when you have got Valyrian Steel and you can kill the white walkers; then why will you look at anything else? Point noted!

All things kept aside; iPhone series are so expensive. And expect the iPhone 7 price to be so high that only Lannisters can afford it. I’m not joking.

And, on top of that, their apps are not even free. Just like Petyr Baelish’s brothels, you have to pay for every damn thing.

And hey, the iPhone users are so passionate to purchase the latest addition that even Daenerys doesn’t have that kind of motivation to conquer Westeros. They claim the iPhone to last much longer, but the irony is they again buy a new one before even testing the life of their previous phone.

All said and done. iPhone has an amazing iOS, and that is probably the only reason why iPhone users still want to stick to it. So, take no offense iPhone users.