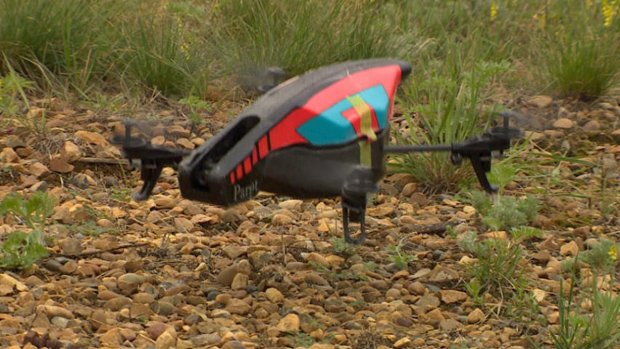 Paleontologists from the University of Queensland have recently found dinosaur footprints engraved in rocks near the Kimberly coast. They are taking assistance from a low-flying drone to get a bird’s eye view of the prints. The prints are thought to have been formed about 130 million years ago and are the first ones to be identified using drone technology.

The paleontologists have identified an area of 200 Km at stretch, which they are surveying for information. Areas like the Kimberly coast tend to hide such discoveries under jagged rock, which makes it increasingly difficult to identify them from the ground. The team lead, Steve Salisbury, expressed his excitement stating that the drones are helping them reach interesting track sites and get some interesting footage.

So far the paleontologists believe that there are two types of footprints, one left by theropods and the other by sauropods. The researchers are using the footage and first breaking it into single images and then viewing them in 3D. If the imprint is found to be circular, it is classified as a sauropod. If the imprint looks like it has bird like 3-toed tracks, it is classified as a theropod.

The footprints seem to be stretching from the town of Broome to James Price point 60 Km north. Since the footprints are a part of mythology of the local Yawuru people, some of these tracks have been kept secret. The locals had feared that their heritage would be vandalized, but are now keen to have them documented, if it leads to better protection.

However, there are still some tracks that have not been identified by the locals as well and the drone actually helped find them. Mr. Salisbury commented that this just serves to prove that how much there is to be found out there.

One of the major problems the team is facing includes high tides, which usually erode the prints. These also dictate when the scientists can work and usually it can be for just few hours a day or even few days in a whole year.