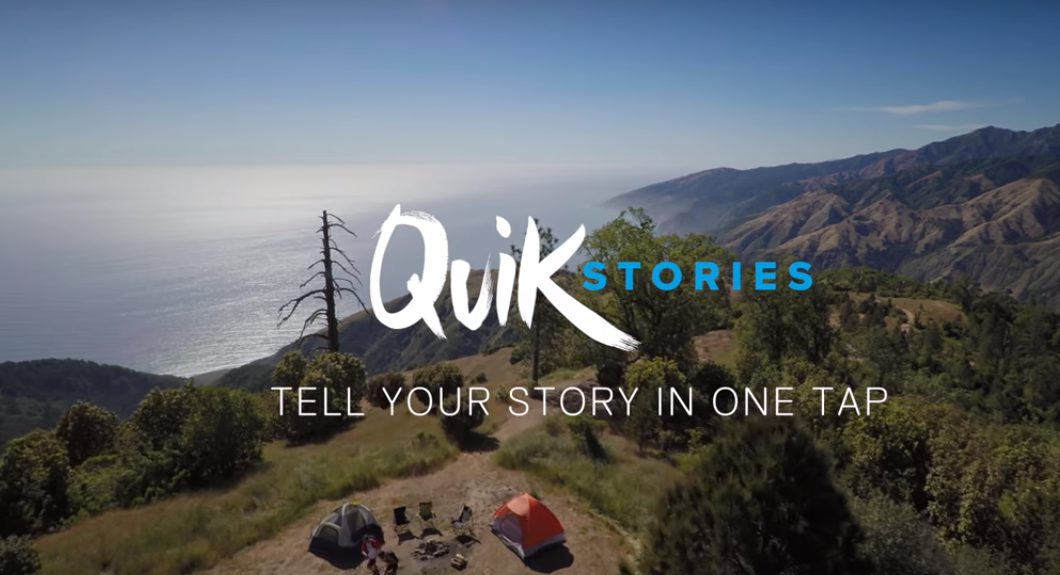 GoPro App, a smartphone application, developed by American Tec brand GoPro Inc. has added a new exclusive support to its QuikStories feature which lets users create ready-to-share videos on their smartphones. The new support allows the app to automatically pull out video footage from an HERO5 camera and helps users to create a quick story in shareable video format.

Since quite long, GoPro has been trying to create a perfect fusion between videos, stored in your phone’s memory card and the social network, and with the latest update to its QuickStories seems to make it really happen. QuikStories will now generate your video clips automatically by using the HERO5 camera. All a user needs to do is to shoot the video clips with GoPro app. Once the video shooting is done, users need to connect them to their phone and pull down on the home screen. The app will then automatically search your camera for recording new clips, and edit them into something you always want to share on social media.

With proper editing, filters, and music, the app can produce the best-edited clip for your social media networks. Putting it simply, with new QuikStories updates, customizing a video, with added text, motion and speed, filters, music, and adjusting the total video length has become much easier than ever.

While launching the new support its QuickStories, Nicholas Woodman, the founder and CEO of GoPro said, “This is the biggest and most notable leap forward of QuikStories since the development of the GoPro. From being a simple storytelling feature, QuikStories will now let users enjoy the features that they were dreaming about for years. The new support to QuickStories is an absolute game changer for both the company and the users.”

From today itself, QuickStories with newly added features will be available on both iOS and Android, and uses can directly download the app or update it by going to their respective Play Store or Apple Store.