PC-Tablet
Ads
Home News Vivo launches #SwitchOff campaign to encourage parents to get back to their... 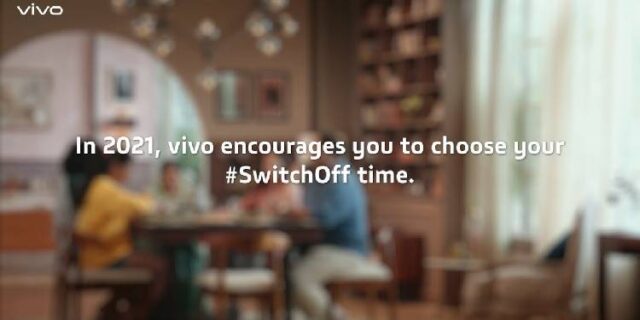 Vivo, or for that matter any smartphone manufacturer would like to see their smartphone being the go-to-device for almost any requirement of the users. Or maybe users have stretched this too far given how we remain glued to our smartphones at all times, sometimes taking even family time for granted. This no doubt often has an adverse impact on our relationships as well. Fortunately, Vivo has risen to the situation and has launched a #SwitchOff campaign with the aim to highlight how parents are missing out on precious moments with their kids.

Vivo said they started off with the campaign after coming across some startling data revealed by the Vivo-CyberMedia Research (CMR) study titled ‘Impact of Smartphones on Human Relationships 2021.’ The study revealed 74 percent of parents confessed to facing relationship issues with their wards due to their over-dependence on smartphones. Children develop a feeling of being deprived or neglected while their parent remains glued to their smartphones, be it for communication, entertainment, business, or whatever.

The campaign also includes a film that has been conceptualized by Lowe Lintas and depicts the relationship between a parent and a son. However, while they enjoyed being best of friends at one time, they started to drift apart once a smartphone enters the scene. With the father getting obsessed with the device, the son started feeling lonely and deprived. Fortunately, good sense prevails, and the father soon realizes getting back to his son would be a far more important thing to do than spending time on the phone.

Yogendra Sriramula, Director, Brand Strategy, Vivo India said the pandemic led to unprecedented scenarios where work from home or study from home prevailed for an extended period of time. While that made us to depend on smartphones and tablets like never before, the thing is, we need to be aware of when to draw the line and stop being over-dependent on the devices. Instead, spending some quality time with friends or family can always be a better option. Hence, the launch of the #SwitchOff campaign.