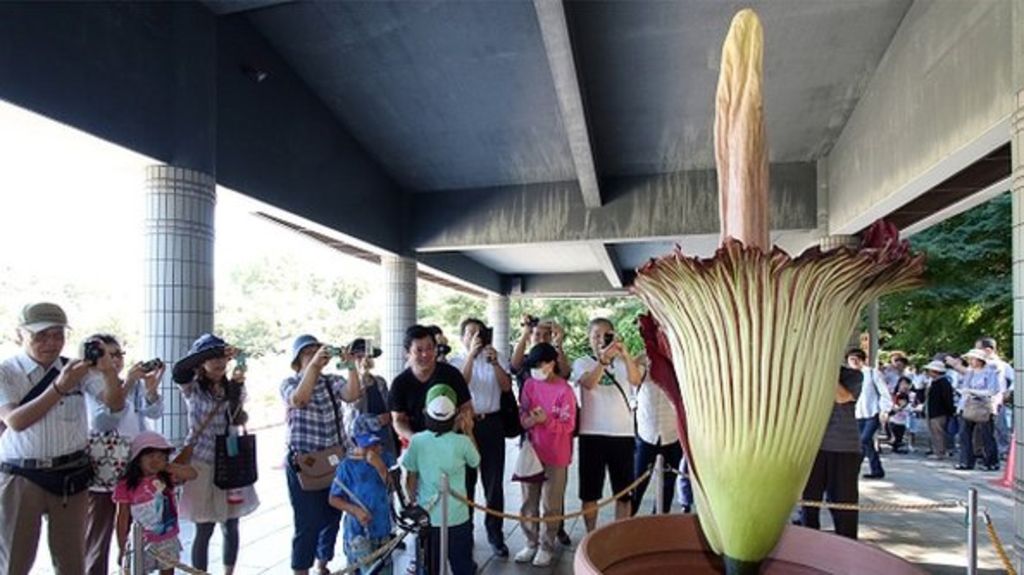 Titan Arum is a herbaceous plant, touted to be the largest flower in the world. A Titan Arum has bloomed in Tokyo’s Jindai Botanical Garden for the first time in five years.

Titan Arum also known as Amorphophallus Titanium comes from the Greek word amorphous which means without form + Phallus + Titan or Giant or huge. It is indeed the biggest flower in the world. Titan Arum happens to be the largest unbranched inflorescence in the world.

The flower has an obnoxious odor much akin to the smell of decomposing flesh. Titan Arum has been characterized as a carrion flower and is also called corpse flower or corpse plant. The flower has been put in the genus Rafflesia, which much like Titan Arum grows in the rain-forests of Sumatra.

Titan arum is endemic to Western Sumatra and grows wild in the rain-forests on limestone hills. The plant is otherwise cultivated in botanical gardens and private collectors the world over.

The inflorescence could extend up to 3 meters and is composed of a spadix of flowers wrapped in a petal shaped structure called spathe. It resembles a large petal. The spathe of Titan arum is deep green on the outside and dark burgundy red on the inside, with a deeply furrowed texture. The spadix is hollow and looks like a loaf of bread. At the bottom of the spadix are two rings of flowers. The upper ring bears the male flowers while the lower ring is the female flowers with its bright red-orange carpels and a fragrance like rotting meat that attracts carrion-eating beetles and flesh flies who ultimately pollinates it. 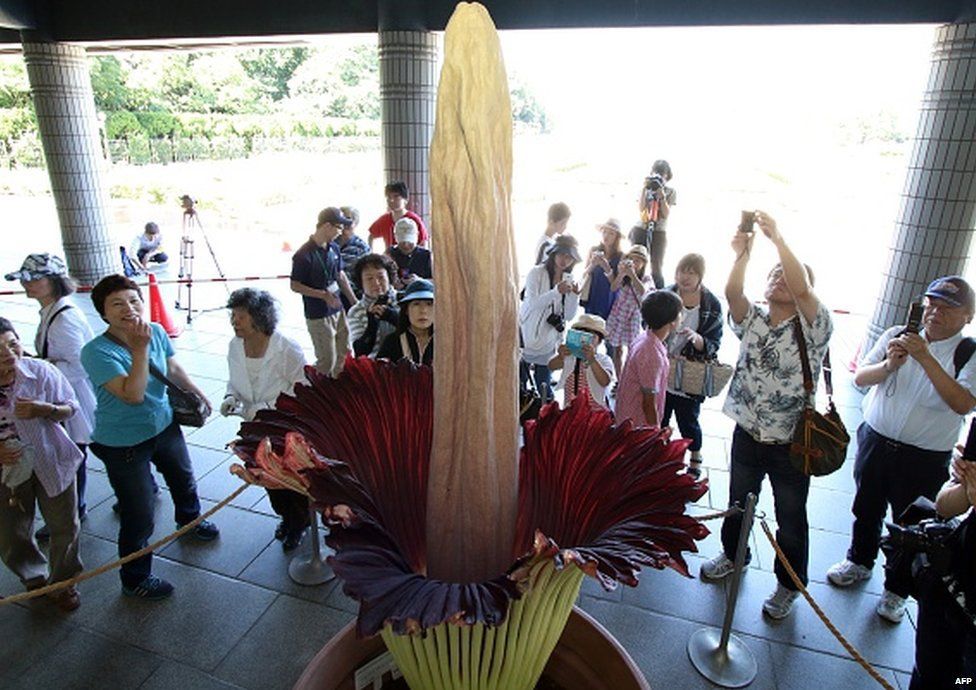 The two-meter flower has become the toast of the town and has attracted hundreds of visitors forcing the administration to extend its opening hours.

Titan arum blooms rarely, and it happens three or four times in its forty-year life. The bloom stays for only two to three days.
The last time Titan Arum had bloomed was on July 22, 2010, in a botanical garden in the city of Chofu.