Signs of Life on Mars: ExoMars Spacecraft Begins Journey to The Red Planet 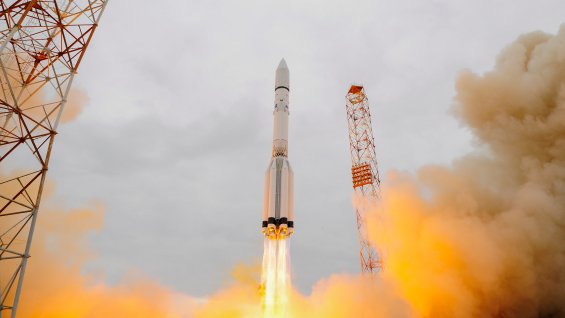 Europe and Russia launched a spacecraft in a joint mission on Monday March 14 morning to Mars to solve the alien mystery of the Red Planet. The joint mission between European and Russian space aeronautics teams announced that they launched a shuttle designated for the red planet where they will carry out an exploration mission.

The rocket launched early morning on March 14 from the Baikonur station in Kazakhstan. The mission is a partnership between the Roscosmos team from Russia and the ESA (European Space Agency). The space rocket lifted off successfully without a glitch marking the beginning of a journey that will take several months before reaching the destination which is Mars.

The exploratory mission aims to unlock some of the mysteries of the red planet including Mars atmosphere. It will also seek to identify biological and geological activities.

The spacecraft will be tracked by the Malindi ground tracking station located at the Kenyan Coast while the signals will be received by the ESA’s control center situated in Darmstadt, Germany.

The team will also closely analyze the entry of the spacecraft in Mars’ atmosphere, the decent as well as its landing. It will be done for the purpose of space missions that the craft (Schiaparelli module) will undertake in the future.

The craft will analyze the planet’s atmosphere and seek out rare gases such as methane. The ESA claims that Methane is an essential component to understanding the planet because the gas has a major significance in biological and geological science.

Johann-Dietrich Woerner, the Director General of ESA, stated that getting the ExoMars mission to the Launchpad has been a lengthy journey, but they managed to achieve the objective thanks to the hard work and dedication of both teams.

He added that the mission marks a new era for Mars exploration. Woerner also expressed gratitude to the Russian team for making sure that the launch of the mission was a success.

Alvaro Giménez, the director of Science at the ESA aside from the world-class data that is one of the primary objectives, the mission is vital because it will unlock doors for a second Mars mission that will take observations from the surface of the planet.