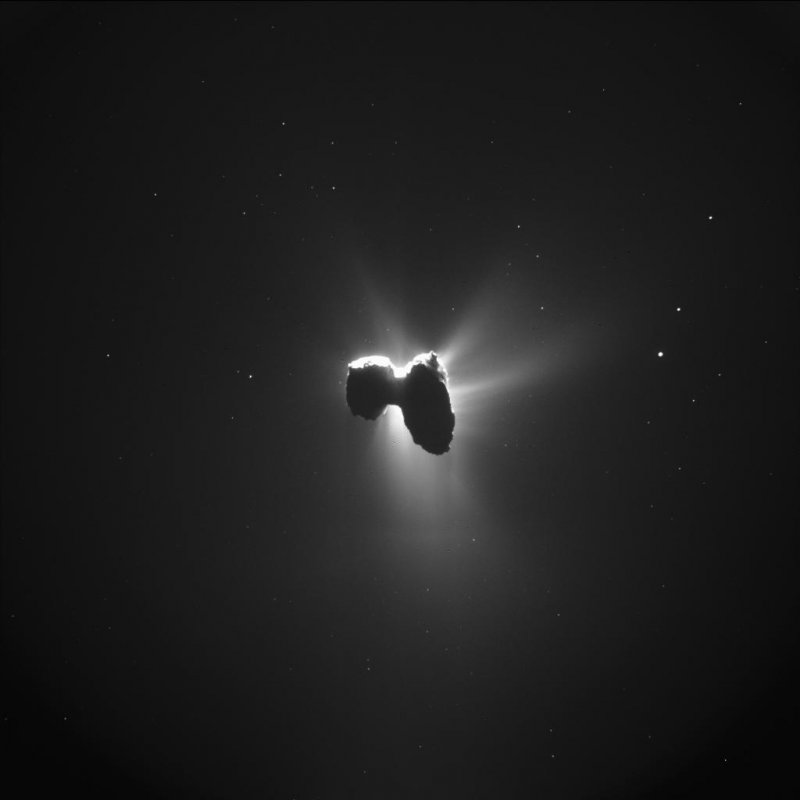 The European Space Agency (ESA) has discovered ingredients Amino Acid Glycine in Comet 67P/Churyumov-Gerasimenko (also known as Rosetta’s comet). The key component is very much crucial to the origin of life, and it took scientists more than two years to detect glycine and phosphorus in the cloud of gas and dust surrounding the comet.

Earlier to this breakthrough, Glycine was indirectly detected from another comet, Wild 2. The comet landed in the Utah desert and because of contamination issues it complicated the scientific analysis. Kathrin Altwegg, Rosetta scientist and lead researcher, said:

Having found glycine in more than one comet shows that neither Wild 2 nor 67P are exceptions. Also, Amino acid is everywhere, and this indicates that life could start in many places in the universe.

This time because of mass spectrometer scientist was easily able to detect the glycine with no need for chemical sample preparation.

Commenting on this new development, Matt Taylor, Rosetta project scientist of the European Space Agency ESA said that this new development confirms the idea that comets have the potential to deliver key molecules for prebiotic chemistry. The new ingredients like glycine and phosphorus will join the already identified molecules by ROSINA.

ESA Rosetta mission arrived at Comet 67p in 2014, after a 10-year journey and covering 6.5 billion kilometers of distance. The journey of Rosetta will come to its end in September by crash-landing on the 67p surface. It is also the first time that Phosphorus was discovered around a comet.

Even though debates have taken place as to explain how the origin of life started in Earth billion of years ago but scientist strongly argue the point that comets and asteroid have brought the components of life to Earth by smashing it into the ocean.

With the current discovery of glycine on the comet, 67p will provide a useful comparison for a scientist in their future space mission to ocean world like those of Enceladus and Europa. They are the moons of Saturn and Jupiter, and scientists believe that they may harbor life.