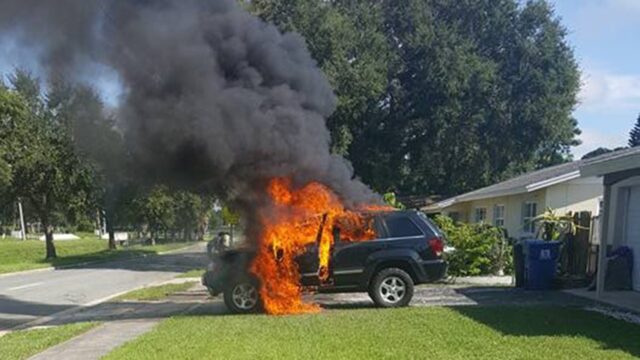 After the series of incidents involving explosions and fire, Samsung is reportedly taking steps to deactivate all the affected Galaxy Note 7 handsets remotely from their own facility. According to sources, the whole process of disbanding the Galaxy Note 7 smartphones will be completed by September 30.

As a customer, you will have the option to exchange the Galaxy Note 7 phablet for a new working handset. However, this will vary depending on the market. In France, Samsung has simplified the whole replacement process by asking customers to ship the phone back to the company via a prepaid parcel. This service is available free of charge for all customers.

Commenting on the development, French Redditor LimboJr, disclosed that the company had mentioned during a conference call that they will be taking matters into their own hands. This is to make sure that there are no defective Galaxy Note devices in the world.

According to company sources, the Galaxy Note 7 replacements will not ship until September 19. Hence, you will have to wait for few more days till you can test drive a new phone. Even through, you are eligible for a free replacement, there is no guarantee that the newly replaced phone will work properly.

According to experts, customers should switch off the Samsung Galaxy Note 7 handsets until they get a new replacement. Recently, Indian civil aviation has issued guidelines requesting users to shut down Note 7 during the flight journey.

Galaxy Note 7 exploded inside a jeep

Meanwhile, there are reports that the Galaxy Note 7 exploded inside a jeep in Saint Petersburg, Florida. It was a narrow escape for Nathan Dornacher and Lydia’s 8-year old daughter and their dog. Whatever may be there is an inherent risk involved in the use of the Galaxy Note 7.

Just when we are talking about the risk involved with the Galaxy Note 7, the same smartphone burst into flames when a 6-year old boy from Brooklyn was watching videos by holding the phone in his hands.

Linda Lewis, grandmother of the buy disclosed that the first was large enough to call the emergency response cell. Moreover, the boy was admitted to Downstate Medical Center for the treatment of burns on his body but was later discharged.

Lewis responded that boy is very much afraid that he doesn’t want to view or go near any phones. However, she added that their family has been in touch with Samsung but declined to reveal any further information.

Last week, Samsung had advised all Galaxy Note 7 owners to return their handsets under the official recall program. The company is working in close contact with the US Consumer Product Safety Commission.