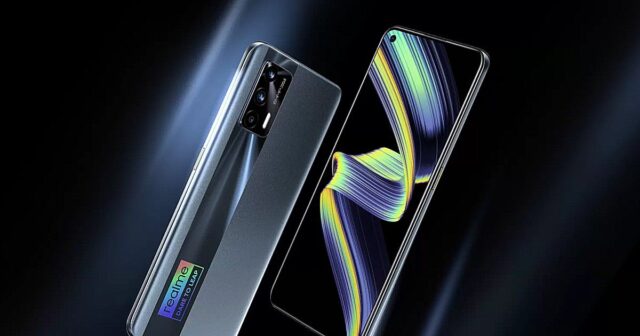 It isn’t just a range of new Smart TVs that Realme has to offer buyers in India, but the Chinese company also unveiled a new 5G phone as well. The X7 Max 5G, as the smart TV is named, is also unique in that it is the first smartphone to be launched in India that comes powered by the Mediatek Dimensity 1200 chipset.

Realme said the new Dimensity 1200 chipset will offer an advanced 5G connectivity experience given its ability to support two 5G SIM connections on both its SIM card slots. The chipset is capable of sustaining peak data download speeds of 4.7 gigabits per second, allowing for a truly superior internet experience.

The phone otherwise sports an FHD+ Super AMOLED panel capable of refreshing at 120 Hz per second and a touch sampling rate of 360 Hz. For the camera, there are three of them at the rear which includes a 64 MP primary camera having a Sony IMX682 sensor, an 8 MP ultra-wide angle sensor, and a macro sensor of 2 MP resolution. At the front, there is the 16 MP camera for selfies and video calls.

The X7 Max 5G is going to be available in India in two versions that are priced at Rs. 26,999 for the base model and Rs 29,999 for the high-end version. The sale starts June 4 onwards via Flipkart, Realme.com, along with other mainline retail channels.