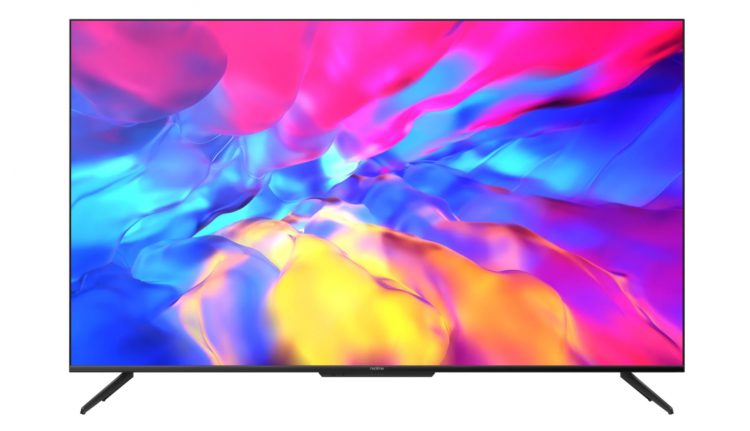 Realme has introduced a new smart TV range in India in the 43-inch and 50-inch categories. The new Smart TVs with Ultra HD resolution start at an extremely competitive Rs. 27,999 for the 43-inch version while the 50-inch smart TV will retail for Rs. 39,999.

Of course, the low initial price isn’t the only positive with the new Realme smart TV range as those pack in an assortment of advanced technologies as well. For instance, the display supports Dolby Vision besides having a quite expansive 178-degree field of view. The smart TV also boasts of TUV Rheinland Low Blue Light certification as well which means it won’t be straining our eyes.

Among the other salient features of the display include a resolution of 3840 x 2160 pixels along with 83 percent NTSC and 90 percent DCI-P3. The display boasts of 1.07 billion colors and offers seven distinct display modes, those being Standard, Vivid, Sport, Movie, Game, Energy Saving, and User.

At its core, the Smart TV comes with a UHD TV MediaTek processor with an ARM Cortex processor coupled to the Mali G52 GPU. There is 2 GB of memory as well along with 16 GB of storage. Further, there is a 24 W quad-speaker arrangement with Dolby Atmos for a more enriching sound experience. Then there also is the DTS HD Sound System that offers a surround sound effect.

For ports, the new range of Realme smart TVs come with an HDMI ARC, one HDMI slot, a pair of USB ports, a pair of AV x 1 Tuner ports, and a LAN port. There is one ANT and one Audio out slot available as well. Other connectivity options include Bluetooth 5.0, Wi-Fi, and IR.

On the software front, the smart TV runs Android TV right out of the box. This makes available Google Assistant which can be reached via voice messages even without the remote-control device as well. The remote otherwise features four hotkeys for YouTube, Netflix, Prime Video, and Google Assistant allowing for single-point access to these services.

The new range of Realme Smart TVs is slated to go on sale in the country starting June 4 and is going to be available via Flipkart, Realme.com along with other mainline stores.