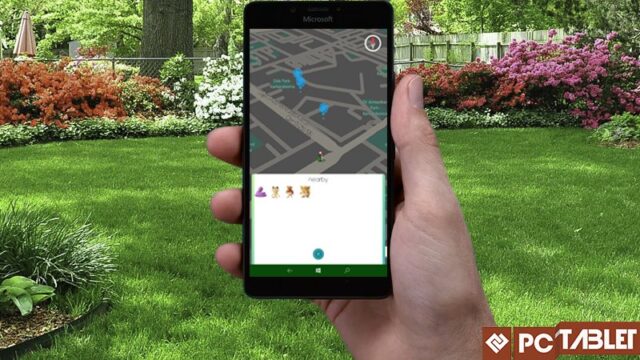 Pokemon GO launched a month ago, and we came across lots of news about accidents occurred because of this game. People are breaking laws, getting into traffic and doing more weird things while playing Pokemon Go. These were the Android and iOS users who already got their hands on Pokemon GO.

ST-Apps came out of nowhere and revealed its very own version of Pokemon Go. Yes, they didn’t get any help from the mighty Niantic Labs to create this app. More developers are contributing for making this project possible.

This Windows version of Pokemon Go lacks lots of features from Pokemon Go but still this game is functional and you can do the basic thing (catch Pokemon) from this app. I don’t know if Niantic Labs is working on any Pokemon Go version for Windows phone but for now, Windows phone users can have a taste of Pokemon Go. Read below how to install it on your Windows Phone.

This Pokemon Go client is still in a beta mode and developer worked really hard to develop this game for Windows Phone users. So guys try to cheer him up so he will support Windows phone for longer. To report some issues, bugs or know more about this app, go to the Github page of the developer and use the particular section.